Check out the ‘Ride the Divide’ event at Red River Theatres 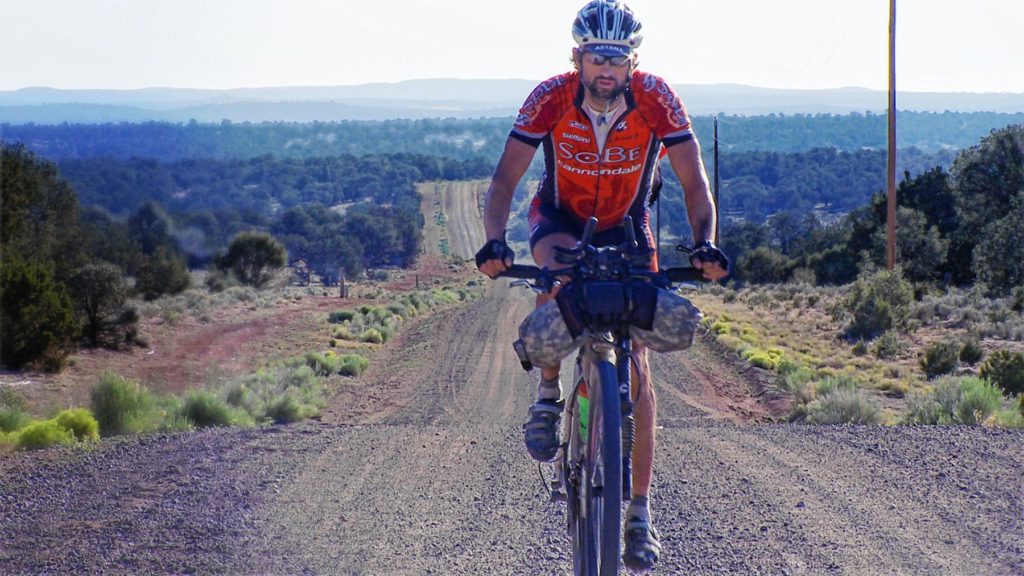 A scene from Ride the Divide, which is playing at Red River Theatres on Thursday night. Courtesy

If you’re a fan of bicycling, movies and helping out your community, Red River Theatres has an event Thursday that’s right up your alley.

The local nonprofit movie house will show Ride the Divide, a 2010 film about a small group of adventurous mountain bikers looking to traverse the longest mountain bike trail in the world – from Canada down to the Mexican border. It’s an exciting film about some hardcore cyclists, and it’s also the kickoff event for Pedaling for Payson, the annual cycling event that benefits the Payson Center for Cancer Care.

The Pedaling for Payson event isn’t until Sept. 16, but the Ride the Divide event at Red River this Thursday night starting at 5:30 should be enough to get you pumped up for the big event – and if you go to the movie, you’ll also be helping out the cancer center.

The night will be full of activities – this is much more than just going to watch a movie.

The first order of business will be a beer tasting, from 5:30 to 6:20 p.m. There will be three New Hampshire breweries on hand pouring their concoctions: Lithermans Limited, 603 Brewery, Henniker Brewery, along with Newburyport Brewing Co. In fact, Henniker Brewery is on the Pedaling for Payson route (which may or may not be involved in some sort of trivia question).

So yeah, there will be trivia, too. From 6:30 to 6:50, questions will mainly be focused on Pedaling For Payson. “We are hoping that this session will be a fun opportunity for our audience to learn something they didn’t know about Pedaling For Payson while winning ‘P4P’-related prizes,” said Mark Schiewetz, who works with Red River and the Payson Center and whose brainchild the whole film event is.

The film will show from 6:50 to 8:10 in the Lincoln Theater. It’s strongly recommended to get tickets ahead of time at redrivertheatres.org, as about two-thirds of tickets were already sold by last week.

After the film, from 8:10 to 8:30, there will be a question-and-answer session with a friend of Pedaling For Payson who last summer pedaled the Continental Divide. Then there will be a drawing for Ride the Divide-related door prizes.

Tickets will be $6 and all proceeds will go toward Pedaling for Payson. For more, go to Red River’s website or call 227-7162.