Book of the Week: ‘Of Fire and Stars’

Home » Articles » Book of the Week: ‘Of Fire and Stars’ 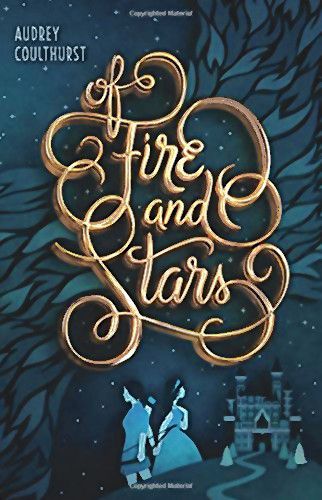 Of Fire and Stars

Dennaleia is a princess betrothed to the prince of neighboring kingdom Mynaria. Having been prepared thoroughly in every subject and skill necessary to her position in her matriarchal homeland, she is frustrated by the disdain she receives for acting as a future queen in the much more patriarchal Mynaria. Her only escape from loneliness and annoyance at being ignored comes from her difficult and painful daily riding lessons with her surly future sister-in-law.

Unfortunately for Denna, the moment she arrived in Mynaria, her hidden magical powers (magic is a crime in Mynaria) began to expand and slip out of her control. Her magical Affinity, combined with deepening feelings toward the prince’s sister, threaten to destroy everything Denna has worked toward her entire life, especially as she and Mare combine forces to uncover the truth to (and get entangled in) the crimes against the royal family.

The relationship between Denna and Mare is just as frustrating as it is moving and heart-wrenching. Coulthurst’s world-building and religion development are phenomenal, and readers will be kept deliciously in suspense about the story’s ending until it arrives. Of Fire and Stars is perfect for readers who enjoy fantasy, strong heroines and excellent writing about horses (Coulthurst is an avid horsewoman).