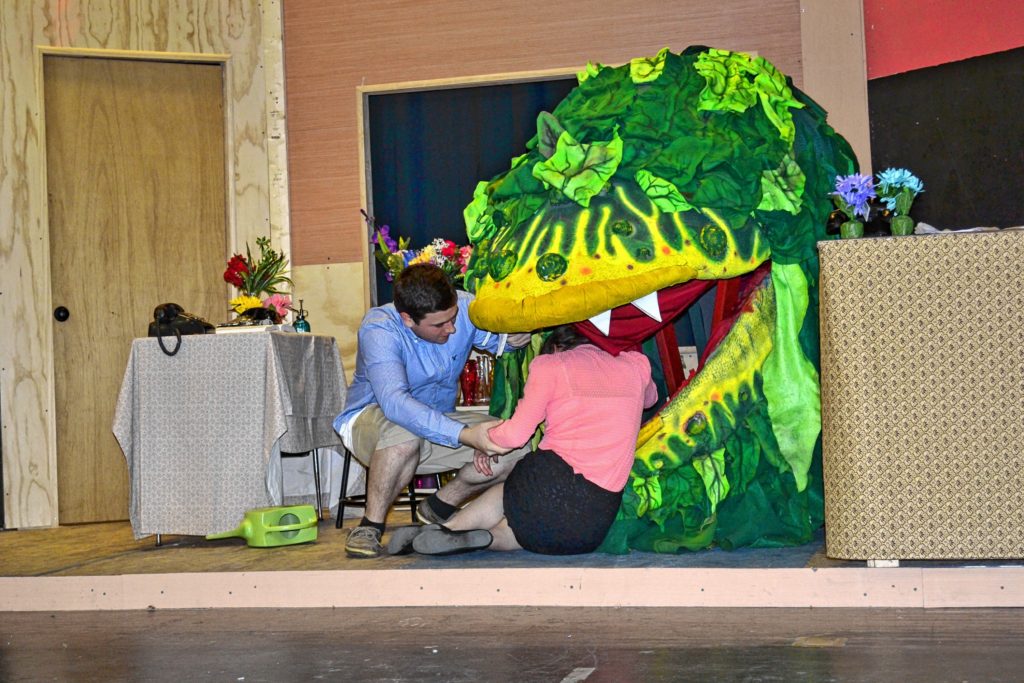 The Bishop Brady Players will put on three performances of “Little Shop of Horrors” this weekend, where Ethan Jalbert plays Seymour Krelborn and Rachel Bittman fills the role of Audrey. 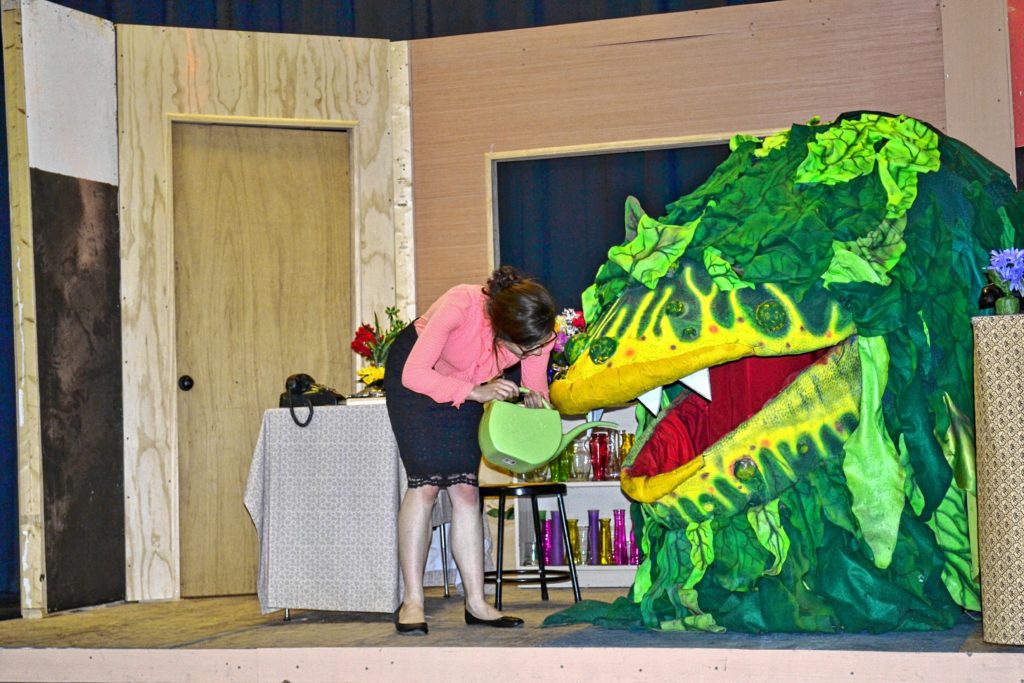 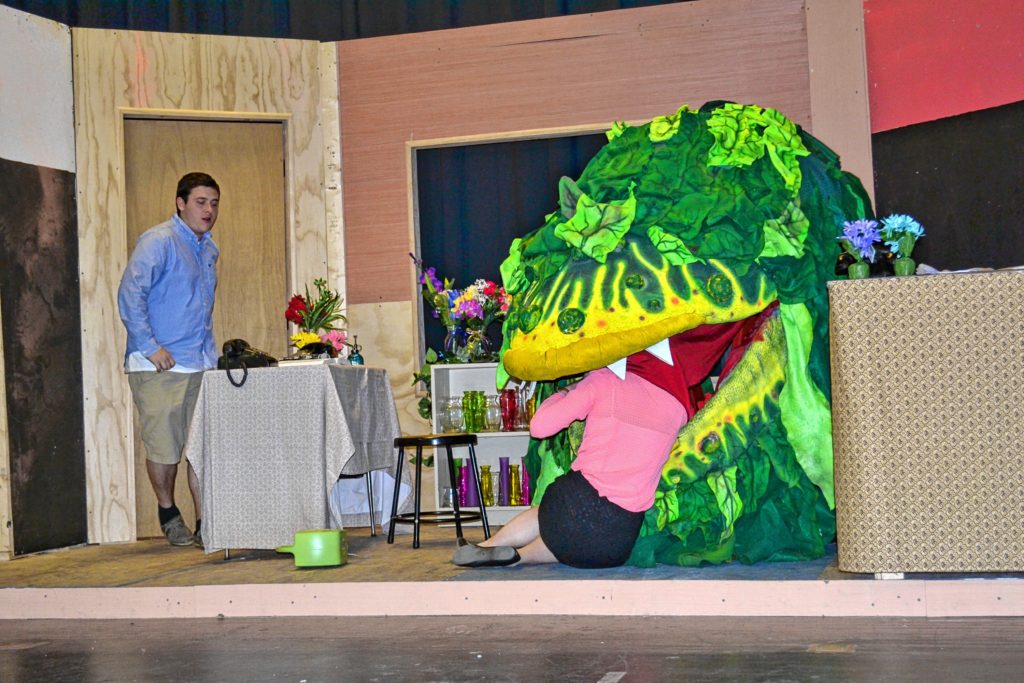 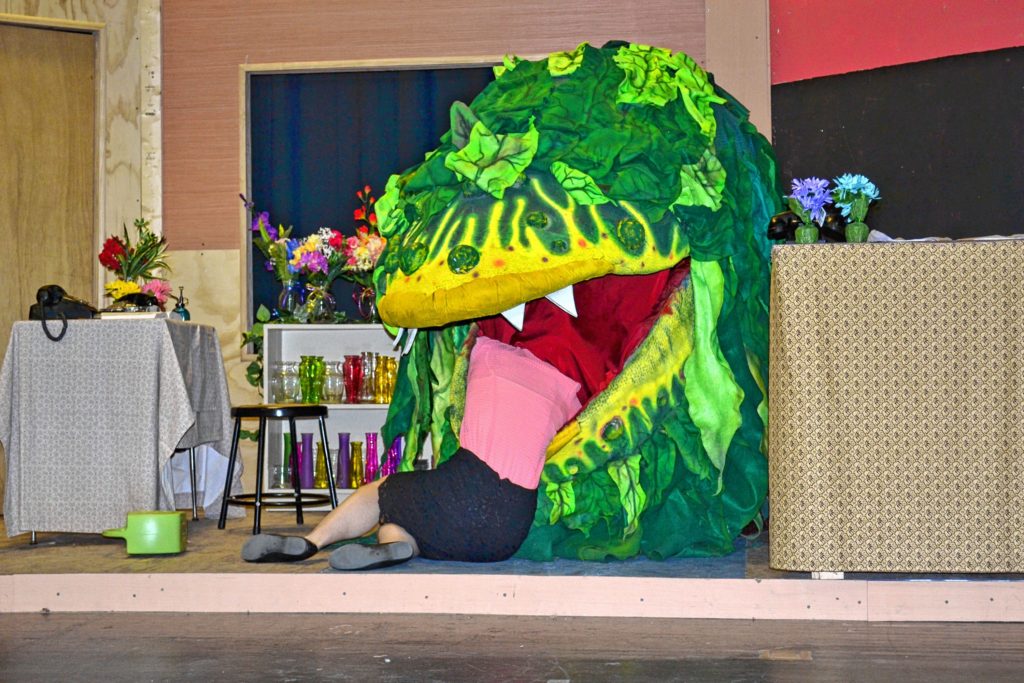 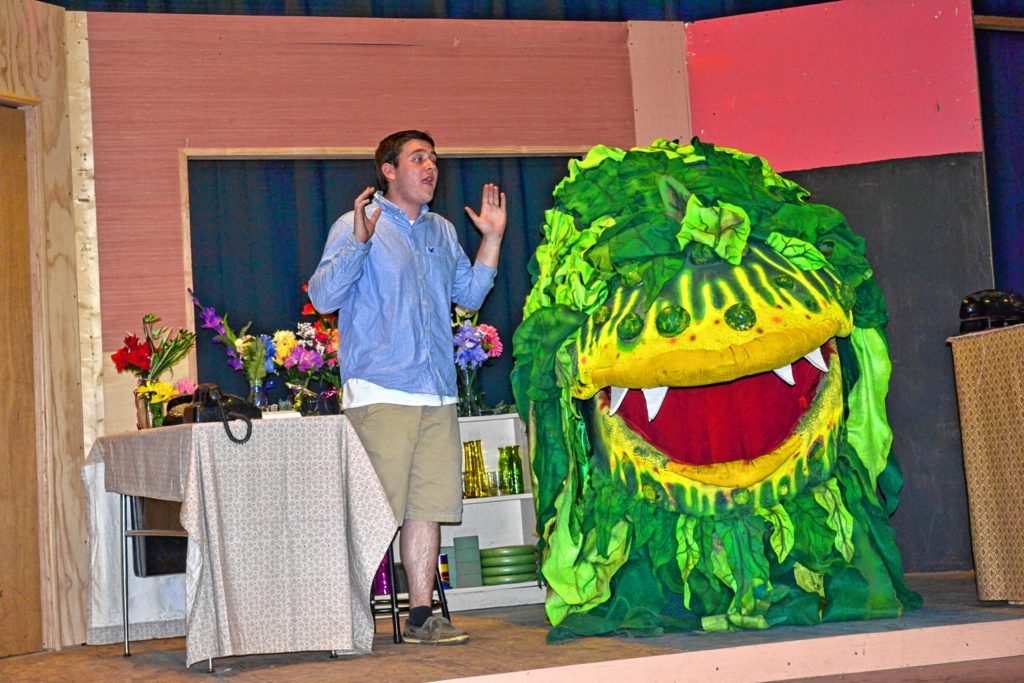 The Bishop Brady Players are making a comeback this spring.

With a new director and head of music leading the operation, the drama club is set to take the stage this weekend for a spring musical – the first show since 2015.

“The drama club has been dormant for about a year,” said musical director Ben Greene. “But we’re confident were going to bring back the program.”

And it all begins this weekend with three performances of Little Shop of Horrors.

If you’re not familiar with the story, it’s about this guy named Seymour Krelborn, who works in a flower shop and is quite infatuated with his co-worker, Audrey.

On a trip to the wholesale flower district, there’s a solar eclipse and an odd plant appears.

He names it Audrey II, but the plant is not doing well in its new environment. That is until Krelborn pricks his finger and Audrey II drinks his blood.

From there, it’s clear to Krelborn that this is no ordinary plant.

“This plant goes from a normal size plant to quite a large one that becomes quite a burden to Seymour,” Greene said.

What happens next? Well, we’re not in the business of providing spoilers, so you’ll have to go check out one of the Brady Players’ performance.

The production includes a cast of 11, with Ethan Jalbert playing Krelborn, Rachel Bittman as Audrey and Deon Mendez filling the voice role of Audrey II. So while Mendez is reading the lines of that giant plant off stage, another will be inside the puppet making it move.

There are actually four iterations of the plant that were borrowed from St. Anselm’s drama program.

“It’s a small cast show and that’s perfect because we’re coming back with a small performance,” said Melanie Smith, the show’s director.

But in addition to performing on stage, students also help with costumes, set the choreography and do makeup.

As with any musical, there’s a lot that goes into pulling off a two-hour show. Not only do you have to remember your lines and where to be on stage, but also the cues for all your parts in the song.

“I give the kids a lot of credit because they worked really hard,” Greene said. “It takes a lot of prep.”

The show is in two acts, and will be performed on Friday at 7 p.m. and Saturday at 2 and 7 p.m. at Bishop Brady.

Cost is $10 for adults and $8 for students. There’s also a weekend pass that gets you into all three shows for $25.

To purchase tickets, visit bishopbrady.edu or just buy them at the door if you want to see which day works best when the weekend rolls around.