What goes into inspecting, repairing a plane?

Home » Articles » What goes into inspecting, repairing a plane? 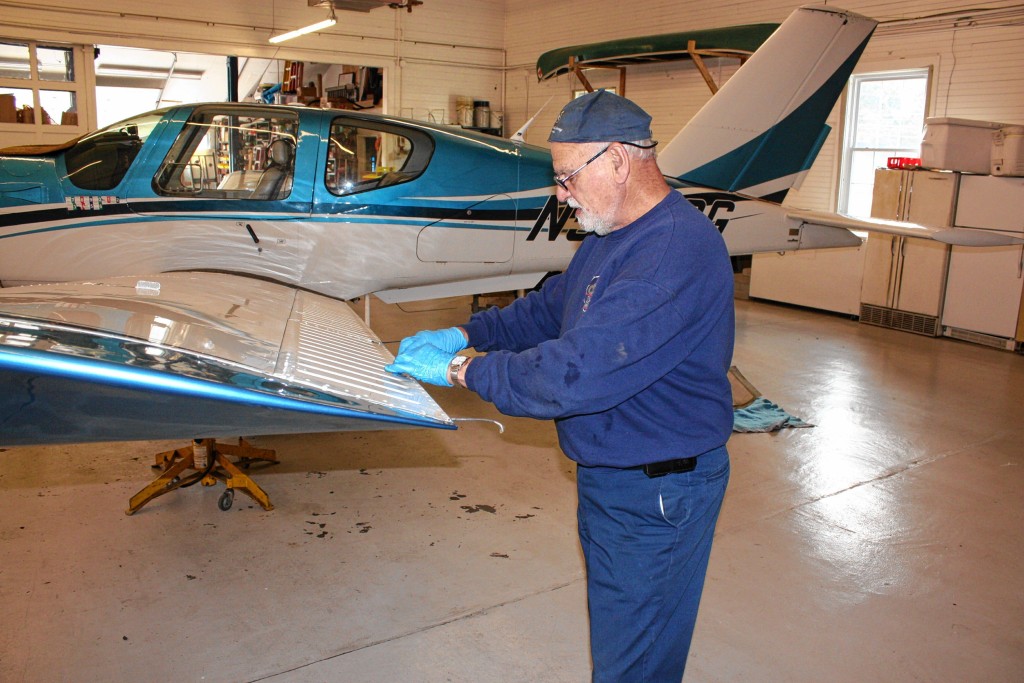 JON BODELL / Insider staff—Concord Aviation Services airplane mechanic Dick Meyers goes over some of the details of inspecting and working on an airplane at Concord Regional Airport last week. 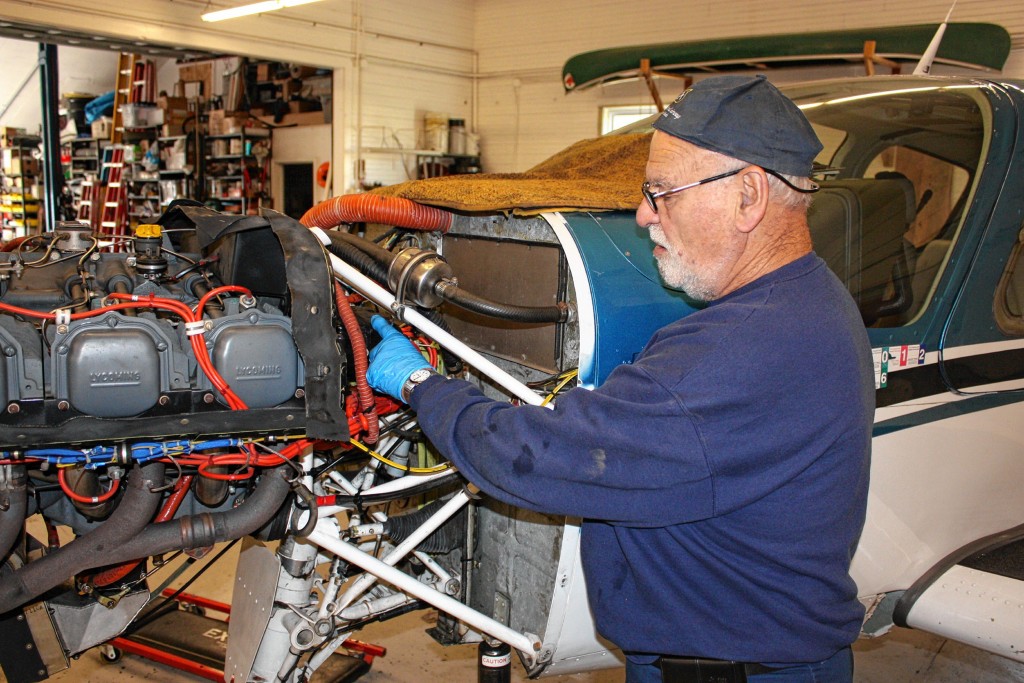 JON BODELL / Insider staffConcord Aviation Services airplane mechanic Dick Meyers goes over some of the details of inspecting and working on an airplane at Concord Regional Airport last week. Meyers has been working on planes since 1961, including the last 17 years at the Concord Airport. 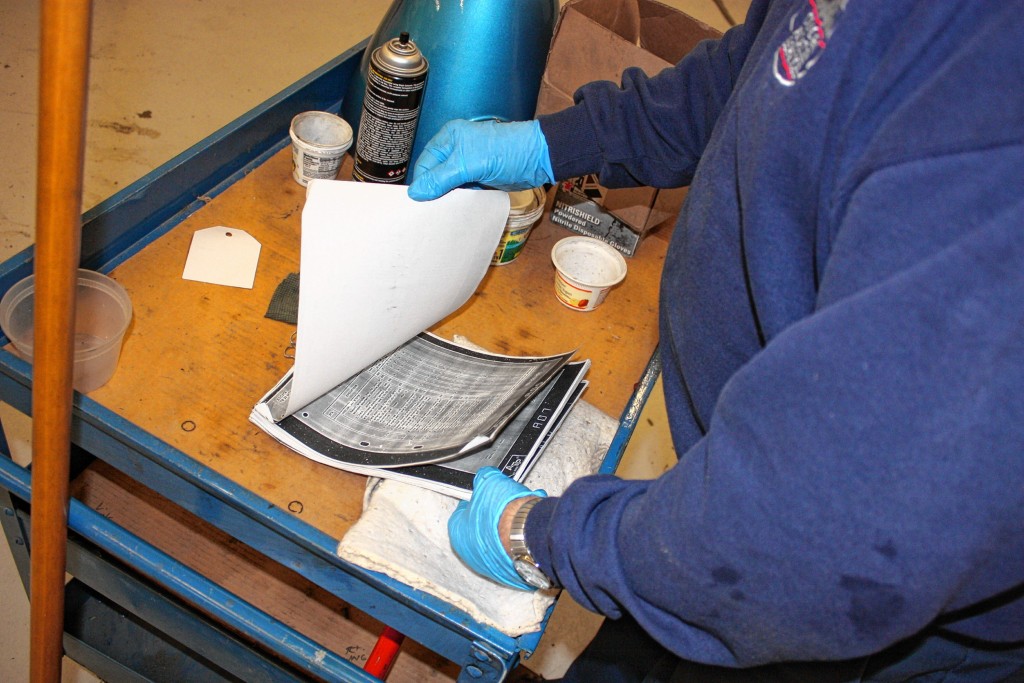 JON BODELL / Insider staff—Concord Aviation Services airplane mechanic Dick Meyers goes over some of the details of inspecting and working on an airplane at Concord Regional Airport last week.

When your car is making kind of a funny noise or emitting an odd smell, what do you do? If you’re like most of us, you probably just drive off, hoping the noise and smell work themselves out. If they don’t, maybe you try a little dish soap on the belt or just turn the radio up real loud so you can’t hear it anymore.

But when your vehicle of choice is a single-engine Cessna and your destination is a couple hundred miles away, you kind of have to be a little more cautious than that. After all, you can’t exactly pull over and call AAA at 12,000 feet (you could try, but it’s almost guaranteed to not end well).

Here at the Insider, mechanical problems with vehicles are not at all uncommon – neither of us owns a car newer than 10 years old. What we have absolutely no experience in, however, is airplane maintenance. That’s why we went to Concord Municipal Airport to see how it’s done.

When we got to the hangar, Concord Aviation Services mechanic Dick Meyers was working through an inspection of a 1989 Trinidad TB20 single-engine propeller plane. The hood was open, exposing the engine, and the whole plane was up on jacks, so we knew this would be the perfect time to poke around and see what was going on.

Meyers was in the middle of an annual inspection – just like your car needs to be inspected every year, so do airplanes – and he wouldn’t be done for quite some time. While your car might be in and out of an inspection in about 15 minutes, this plane would require 35 hours, and that’s not including any repairs or maintenance work that might need to be done. And, at $75 an hour, this inspection will end up with a slightly higher price tag than your Miata’s inspection.

Why does it take so long, and cost so much?

“We have to take it mostly apart,” Meyers said, peering into the exposed engine compartment. “We have to inspect every aspect from the propeller to the tip of the tail.”

This means virtually every part, inside and out, must be gone over with a great deal of scrutiny. The inspector really can’t afford to overlook a single thing, no matter how minor it may seem to be.

“Complacency kills,” Meyers said, explaining that he always has another mechanic looking over his shoulder during an inspection to make sure nothing is missed or ignored.

Among the plethora of items that need to be checked off in order to pass inspection: every weld in the exhaust system, every bolt connecting multiple pieces, crack-free cylinders, no leaks of any kind, wheels, brakes, the airframe (the body of the plane), glass, even upholstery. When you add everything up, it’s a wonder anyone can even finish in 35 hours.

That time is not uniform for every aircraft. Each plane has different manufacturer specifications that require slightly different inspection procedures, though Meyers said for the most part, they’re all pretty similar. This Trinidad plane had a 35-hour inspection due to its retractable landing gear, which is complicated and important and adds a lot of time. Some smaller aircraft have fixed landing gear, and planes like that typically have inspection times in the ballpark of 20 hours, Meyers said.

During his inspection of the Trinidad, he discovered a leak in the brake lines – repairing this would be an added expense on top of the basic inspection. As expensive as the ordeal might be, there’s no getting around making the repairs – you can’t use duct tape and Silly Putty on an aircraft, unfortunately.

If you happen to have an aircraft that’s due for inspection soon, just call the airport at 229-1760 and ask. There’s a backlog of about a week, but that’s not bad considering how long each inspection takes.