Go Try It: Shake it up with Little Rattlers music class

Home » Articles » Go Try It: Shake it up with Little Rattlers music class 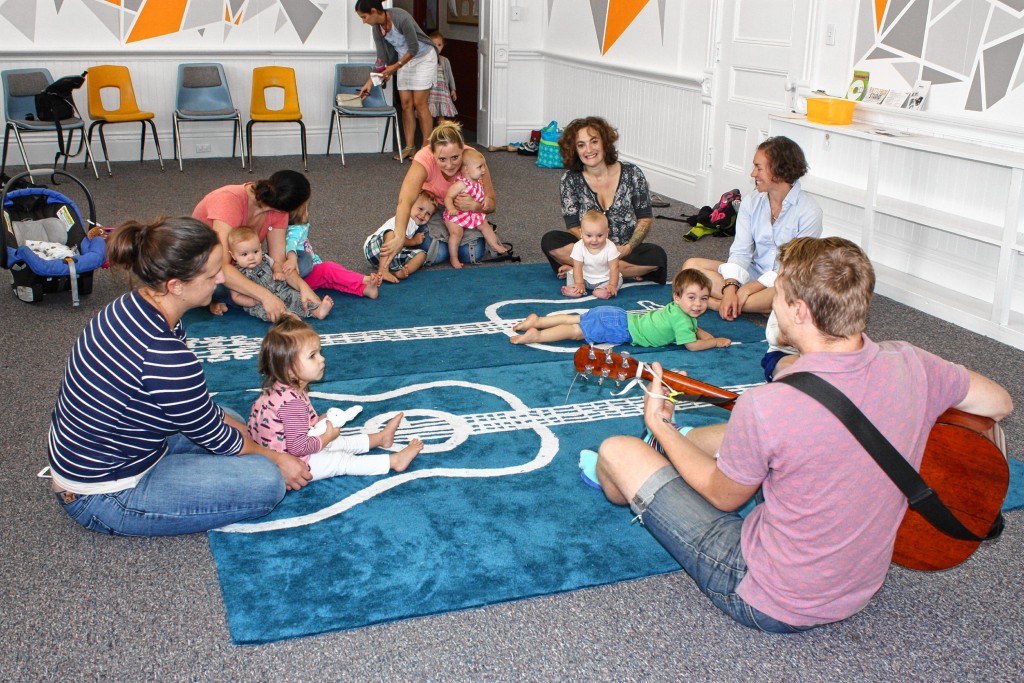 Kids just love music, don’t they? Whether it’s Raffi, Disney songs or Beatles classics, there’s just something about rhythm, beat and melody that clicks with the little ones.

And chances are, you love all these things, too. If you have a kid and you want to share your love of music with them, what do you do, take them to Penuche’s or True Brew late at night on the weekends?

That’s kind of frowned upon though (or against the rules), so before you go pulling an all-nighter with your 1-year-old in tow, you might want to consider giving the Little Rattlers music class a try.

Aaron Jones – or Mr. Aaron, to the kiddos – opened Rattlebox Studios about six months ago at the Concord Community Arts Center (formerly Rumford Elementary School) on Thorndike Street, and his Little Rattlers music classes have been quite the hit.

I went to last week’s Wednesday session – “a smaller class, but a nice one,” Jones said – to see what it was all about.

My daughter, Julia, 18 months, was a bit skeptical when we first arrived – she had just woken up from a nap a little earlier than usual and had an expression on her face as if to say, “This better be worth it, Daddy.”

She wouldn’t have to wait long for the payoff.

The first order of a business was a little warmup sing-along. Jones strapped on his acoustic guitar and stood at the front of the room to lead the group in a little song and dance to get the blood flowing. This is when Julia started to warm up to the whole idea.

After another little jam session, out came the shakers – this is when Jones had the undivided attention of the entire room.

Out of a big bag poured tons of little shakers – basically plastic eggs filled with sand – a move greeted by a round of “oooh”s and “ahhh”s. All the kids grabbed one or two while Jones put his guitar back on and played the oldies classic “Lollipop.” The kids shook the shakers to the beat (or, at least to the best of their abilities) and made that pop sound with their lips while Jones sang it out loud.

Once the kids rounded up all the shakers and put them back in the bag, out came the entree: the percussion bag.

This bag was full of mini drums, tambourines, xylophones and all kinds of things meant to be hit with a stick. Needless to say, the kids knew exactly what to do with these things.

The final act was some play time with some see-through colored scarves. This actually seemed to be Julia’s favorite part of the day, even though she’s a huge music nut. Go figure.

Check out some Rattlebox Studio videos on YouTube by searching for Mr. Aaron.