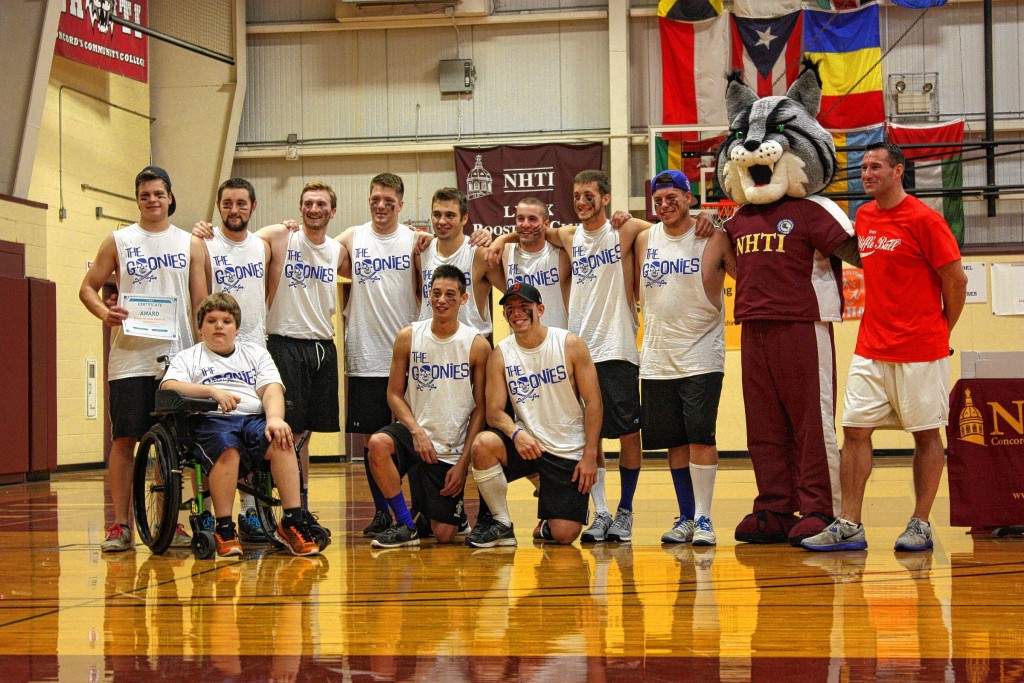 The Goonies, who led all teams in fundraising in 2015 (and also dominated the “Monitor/Insider” team), pose for a photo with Seth. We’re pretty sure the Goonies pictured here are far more athletic than those kids from that movie from the ’80s. (JON BODELL / Insider staff) 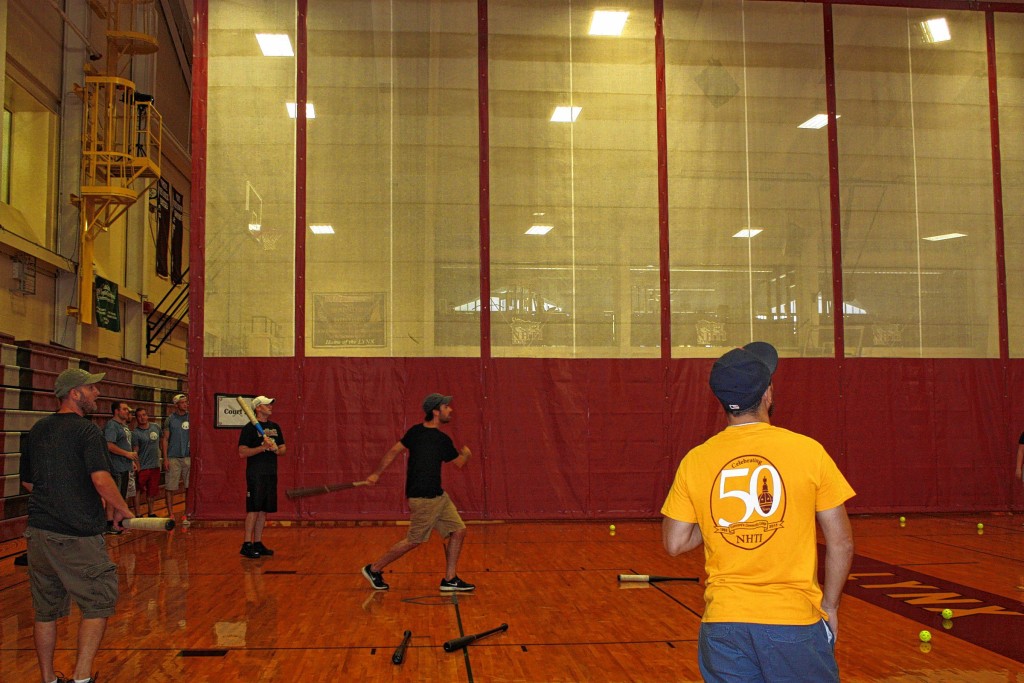 If there’s one thing we love here at the Insider, it’s backyard sports. And everyone knows that when it comes to backyard sports, Wiffle Ball is king.

Therefore, we really love the annual NHTI Wiffle Ball Tournament, and the next one is coming right up – Sept. 17, to be exact.

Now this is a Go Try It, so what are we doing writing about something that hasn’t happened yet? Well, think of this as sort of a retroactive Go Try It, as I played in the tournament last year for the Monitor/Insider team (if you don’t believe me, check out the Sept. 22, 2015 issue). That means I’m basically a pro when it comes to this topic, so I can still write about the experience as though it was just yesterday.

This tournament offers probably the most intense brand of Wiffle Ball you’ve ever played. Each team gets three 5-minute innings to bat – yes, timed innings. You pitch to your own team (your opponents still man all the positions in the field trying to make outs), with the goal of lobbing it down the middle to rack up as many runs as possible. Outs don’t really mean anything – if you make an out, you’re off the bases, but there’s no limit to how many outs you can make per inning. In other words, you could have seven people strike out in a row and still put up 12 runs that inning.

Since time is of the essence, it becomes a game played at a sprinter’s pace. If you homer, you fly around the bases as fast as you can so the next teammate can bat. Every second spent hot-dogging around the bases is a second not spent launching another homer. If you strike out, you sprint to the back of the line like a Little League World Series star. Basically, it flips the traditional pace of baseball on its head. And be prepared to play both indoors and outdoors (weather permitting).

Once you’re officially drained after the 30-minute game, you get about 8 seconds to catch your breath before you move on to your next matchup and do it all over again – unless you’re lucky enough to draw a few-minute break between matches, which wasn’t the case for our team last year. By the time it’s all said and done, you feel like you’ve just played 162 games of pro ball, only you don’t get to take the next six months off from work.

Hopefully this sounds like fun to you, because NHTI is looking for teams of 10 to sign up. Teams can be made up of players from other colleges, high schools, businesses – “whoever wants to have a great time and make a difference in someone’s life while doing it,” said Chuck Lloyd, associate vice president of student affairs.

This year’s tournament will benefit a local 17-year-old girl named Emma who has a number of medical conditions. Money is raised through team registration fees, a raffle and a silent auction held during the tournament. The registration fee is $100 for a team of 10, matched by $100 from a business sponsor. The event is open to the public; admission is by donation. All proceeds will go into an account for Emma’s family.