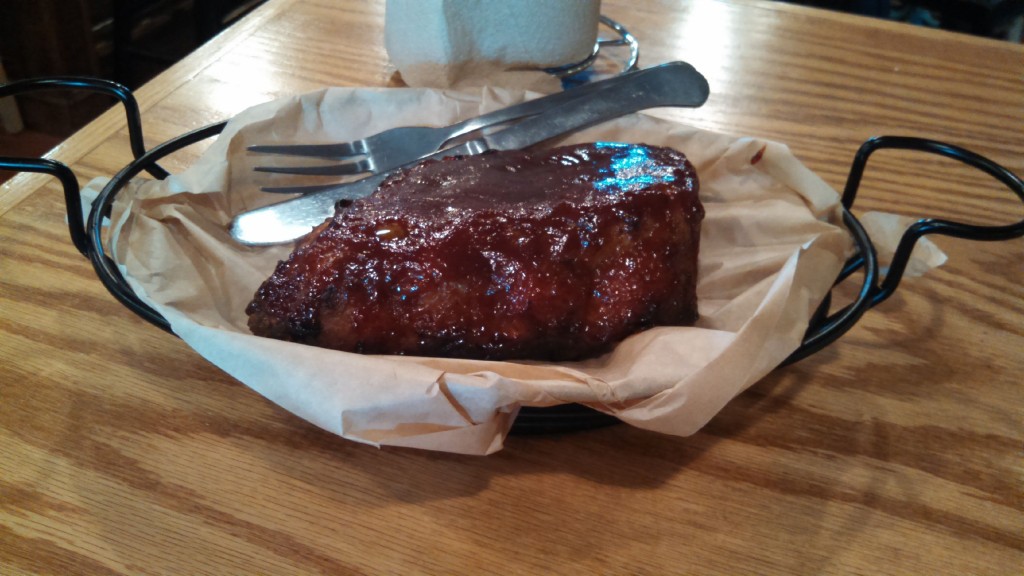 Here's what you get when you order ribs from Area 23. (FOOD SNOB) 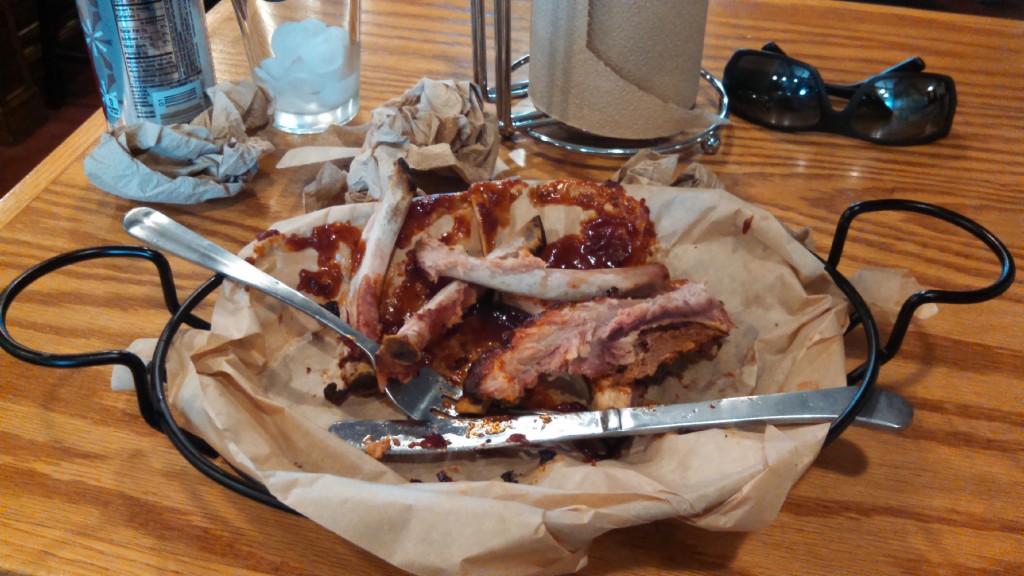 The end result: a lot of saucy bones. (FOOD SNOB) 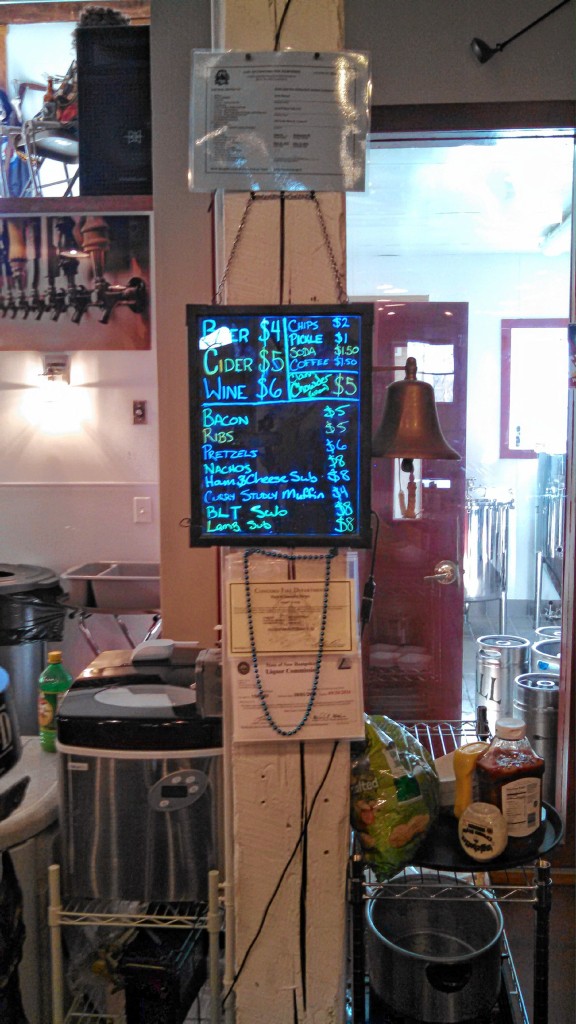 The food menu is short and sweet. (FOOD SNOB)

We’re always on the hunt for good and interesting eats to try. And not just because we love food, but because it’s part of our job.

As the Food Snob, we pretty much get to go anywhere we want that sells food and try something. Traditionally, we’ve waited for a new business to open to go and try something. It makes sense, right? If the place just opened, presumably nobody has eaten there before and they need us to tell them all about it.

But why limit ourselves to just brand-spankin’-new places? After all, new restaurants can only open so often.

Last week we hit up Area 23, the bar at the Smokestack Center that’s still relatively new to the Concord scene. The Insider sent an intern there last summer, shortly after Area 23 opened, to try the mouth-watering half-pound bacon bowl. But because he was just an intern, he hadn’t earned his Food Snob badge yet, and so that piece wasn’t so much a Food Snob as it was an intern eating bacon.

But fear not, because intern season is over, and the real Food Snob is in session.

We went in not knowing what to expect for food options – other than bacon. It’s really a place meant for sipping craft brews, so not much was known about the food.

The menu is a glass board behind the bar with blacklight-sensitive marker on it. It’s eye-catching, short and sweet, and it features a handful of meaty items. We went with the ribs.

You can get them with a dry rub or barbecue sauce, and we went with the sauce. Never been a huge fan of dry ribs, so it was good to see that wet ones were available.

As far as a meal, this one is pretty basic: It’s just ribs. But that’s fine, because too many sides can really distract from the main course.

These ribs were not too spicy, not too sweet. They tasted as though they were meant to appeal to the masses – no funky, fruity accents, no insane heat, no out-of-left-field seasoning or anything. Just good old-fashioned American ribs.

Although we got the “wet” kind, we would have been fine with a little more sauce. Ribs are supposed to be a mess, and we’re not afraid of getting dirty. They weren’t leathery by any means, just not dripping in sauce.

The ribs weren’t hot as in spicy, but they were certainly hot as in, well, hot. These things came to the table piping hot, which is always a good thing. If you’re not a terribly fast eater, you’ll appreciate how hot these things are served, because they’ll still be plenty warm by the time you’re done.

You’ll also appreciate the roll of paper towels that accompanies the table. It definitely came in handy for us. Even though the ribs weren’t drenched in sauce, they still required about eight or nine tears of paper towel to clean off.

We washed it all down with (sigh) a Diet Coke. Yes, this place is known for serving craft beers (or, as the sign on the front of the building says, “Conspiracy Brews, Craft Theories), but it just wasn’t that kind of afternoon for the Foob Snob this time around – oh no, we may just have to go back some time and try a beer!

All in all, it was an enjoyable – and affordable – experience. A nice helping of ribs set us back just $5, and after the soda and a tip it all came to $7.94.

Not a bad day’s work.

Author: By THE FOOD SNOB