And it’s all thanks to teacher Jess Allison! 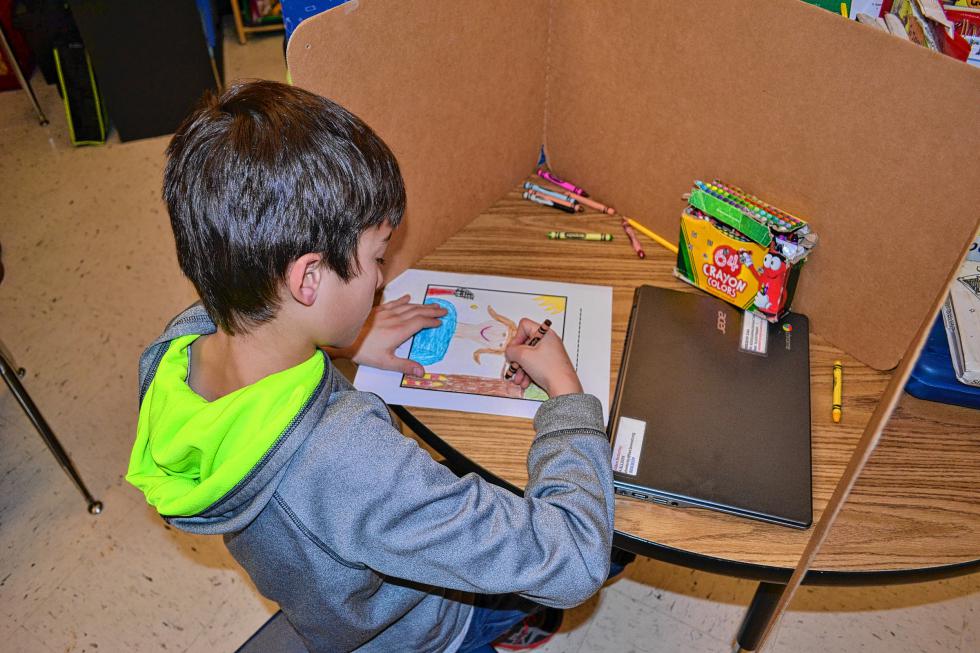 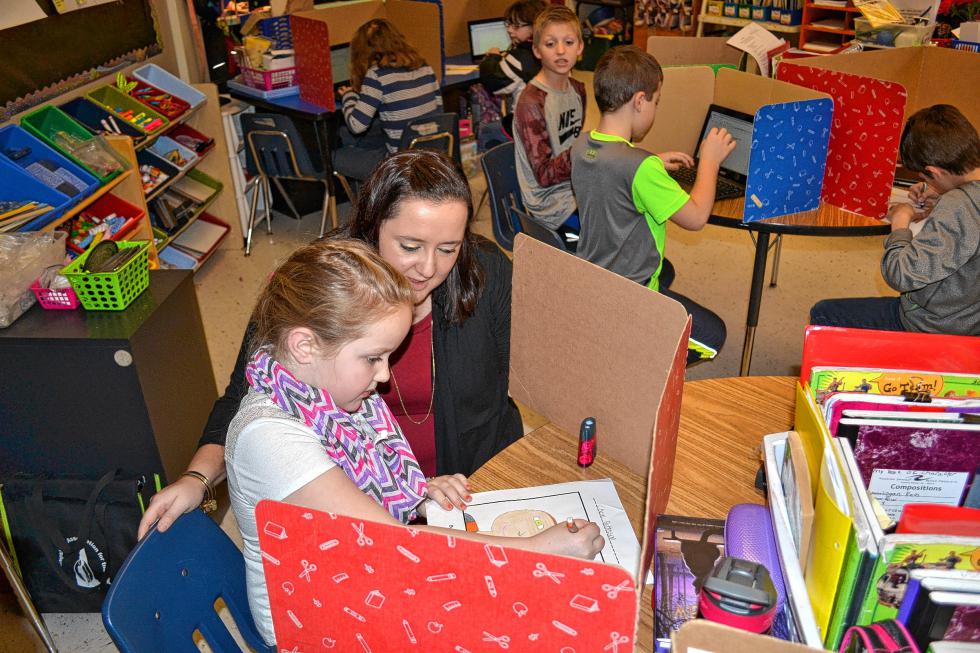 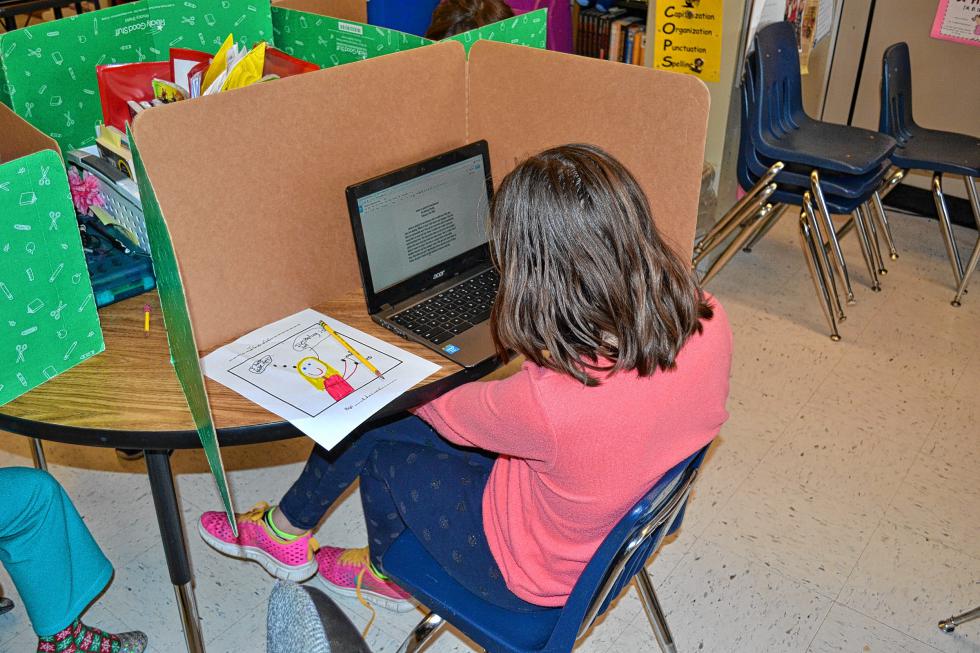 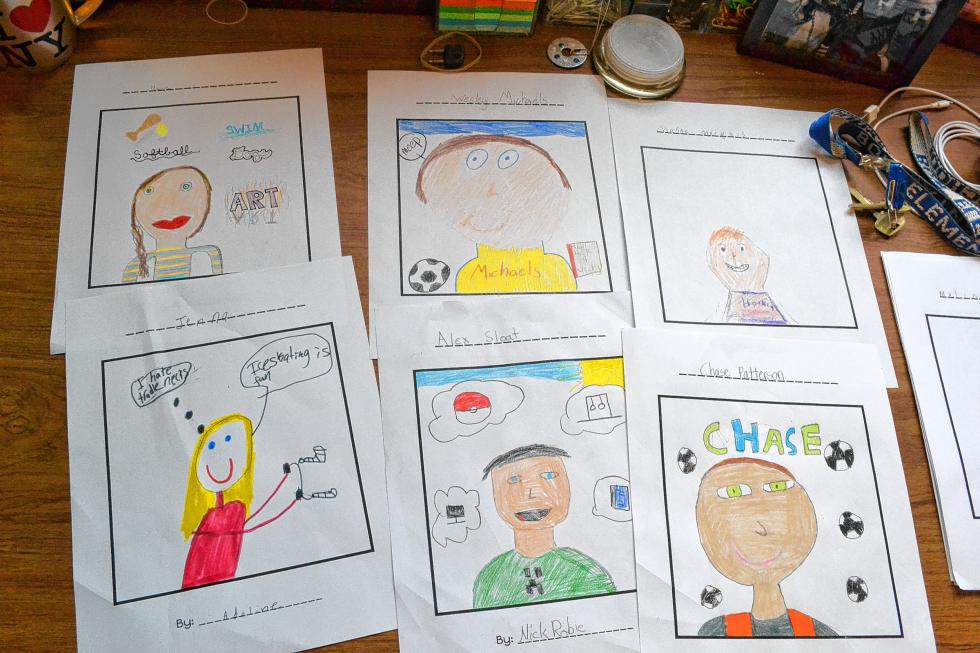 We all remember Valentine’s Day as a kid.

Your parents went out and bought a box of cards with superheroes, princesses or the latest and greatest trend on them. You spent about a half hour after school one day filling out your classmates names on the To line and yours on the From, and maybe added a few pieces of chocolate to a bag. You’d hand them out the closest school day before V-Day and get about 15 to 20 from your classmates to take home.

Sure it was great, but there wasn’t a whole lot of thought behind it. It’s not like each Valentine you got was specially bought just for you.

But Bow Elementary School fourth grade teacher Jess Allison set out to change the same old, same old this year. Her class – with the help of school psychologist Julie Bassi each Friday – have been learning all about things like kindness, compassion and empathy. Who their classmates are and what they bring to the classroom each day.

“We find opportunities in our day to reinforce that,” Allison said. “We talk about really knowing each other as a community.”

She also found a special way to incorporate those lessons into Valentine’s Day. She wanted to do something different this year. She wanted the kids to think about their classmates and really get to know who they are.

So instead of each student bringing in a stack of cards and candy for each other, Allison had an idea.

Why not have each student pick a name and do something special for that one classmate? She had done the same thing five years ago while teaching kindergarten in Antrim with positive results.

She brought the idea to the other fourth grade teachers and was met with excitement. The four teachers crafted a letter explaining the new Valentine’s Day plan for the kids to bring home and began planning how it would all come together.

“I’m really lucky I work in a team that wants to try new things,” Allison said.

Each student in Allison’s class, 22 in all, picked one name from a hat – well actually it was a bucket that Allison put on her head after she told the kids they’d be picking out a hat – two weeks before the party. The same also happened in each of the other three classes. And just so you know, it’s a secret so we’ve got to be a little sly in our explanation.

“Every kid had a genuine look of excitement and said they knew what they could for that person,” Allison said.

Last Thursday, the students began their in school work on the project, but many had already started the at-home portion of it because some were doing some pretty involved stuff.

“They should really be homemade, by the kids, and thoughtful,” Allison said. “It’s really up to them as to what they make and how creative they want to be.”

Since the students are only giving Valentines to one classmate, it’s a pretty big project.

They made portraits from the shoulders up of their person, incorporating a few clues of what they like. They also wrote a letter including what they appreciate about their secret person.

“I like it because it’s different than other years when we just buy cards and write to and from on them,” said Maiya Foley.

After our visit, the students had plans to make bookmarks, handmade cards and friendship bracelets – all during the school day during the week leading up to their Valentine’s Day party this Friday.

“It’s like a mini project a couple times a week,” Allison said.

And while all the students will get the portraits, letters, cards, bookmarks and bracelets from their secret classmate, the made-at-home portion will be the variety of this project.

“It’s way better then just going out and buying candy,” said Logan Rain. “You put a lot of time and effort into it.”

Allison has been checking on the progress of the at-home project with her students because after all, they are fourth-graders.

Now like we said, the students don’t know who has them so we can’t give away too many secrets. But we can give you a sneak peek as to what a few have planned.

“They all want to know,” Allison said.

There will be clay sculptures, a fictional book about an ice skater (because the person really likes ice skating), a comic book complete with original story and drawings, a wooden sign, wood burning, a magnet and a poster. And that’s just what they trusted us to talk about.

“It ensures every student is getting something thoughtful,” Allison said.

The whole point of the project is not only to put thought into it and really get to know their classmate, but also not spend any money. The at-home project is supposed to be done with things the kids can find around the house.

“My favorite part about this project is getting to know my person and getting to make them the things they like,” said Melanie Labrecque. “I feel like it’s more fun because you can focus on one thing and put thought into it.”

You might be wondering how the students know what to make? Well, each one filled out a survey and the person who drew their name got a copy of it to use.

On Friday, the class will gather for its Valentine’s Day party and one by one, students will reveal whose name they drew and give that person what they made.

“I can just picture my person being pretty happy with what I’m doing,” said Alden Betterley. “I think this is fun cause you get to put thought into something and make the person feel better.”

Other teachers at Bow Elementary have heard about the project and expressed interest in doing it with their classes next year.

And judging by how much fun the fourth-graders are having this year, it’s probably safe to say it will spread through the school like a cold does this time of year.