What better way to celebrate Concord 250? 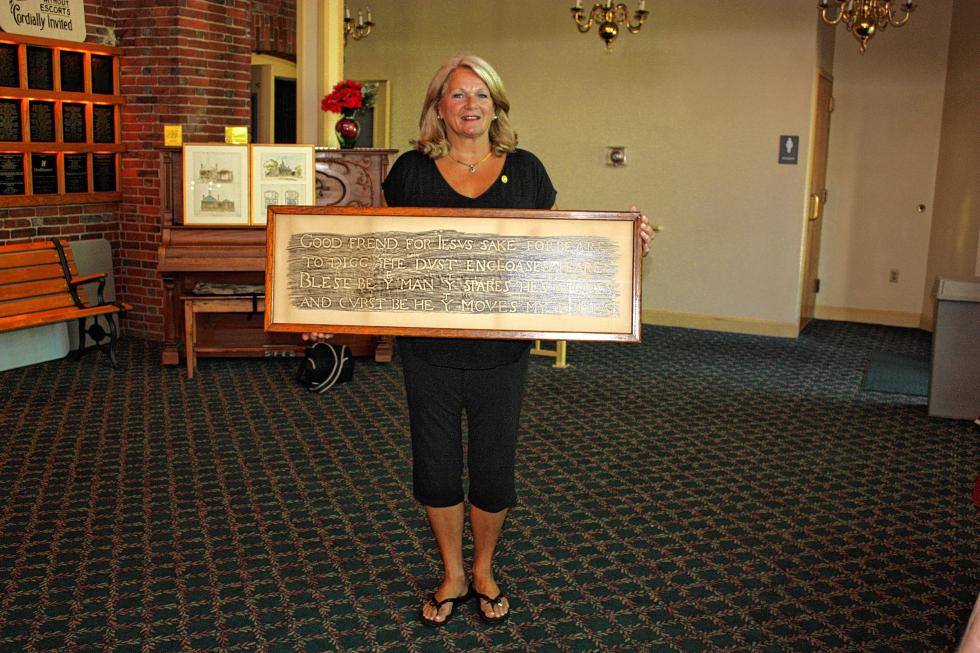 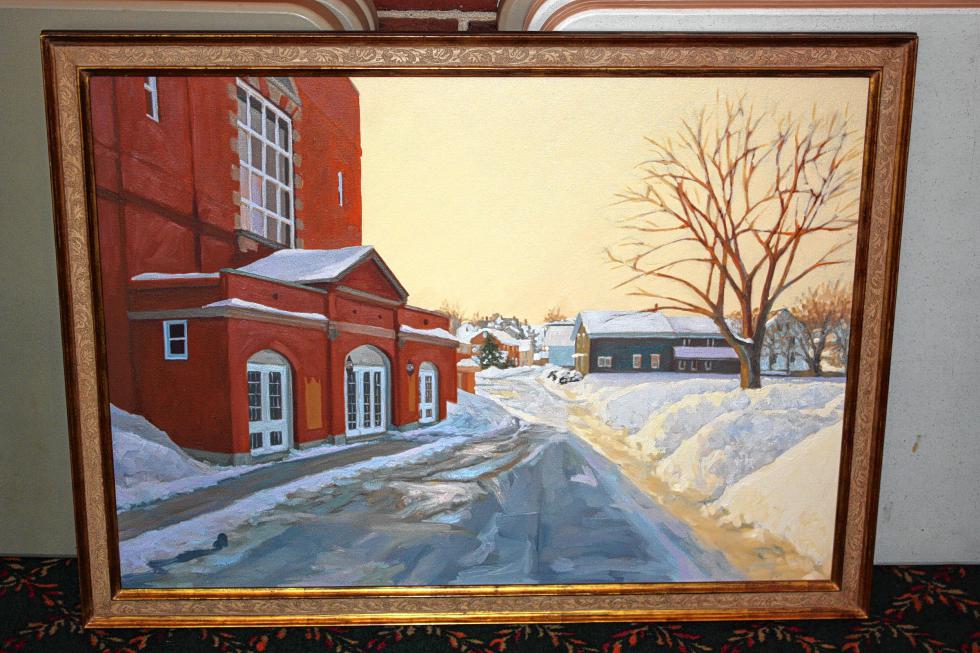 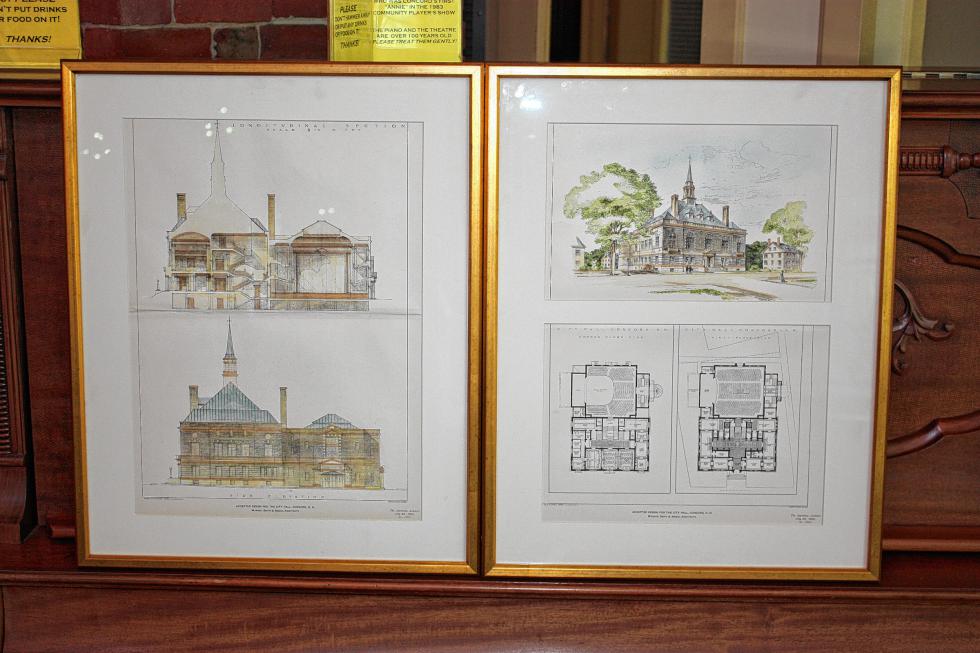 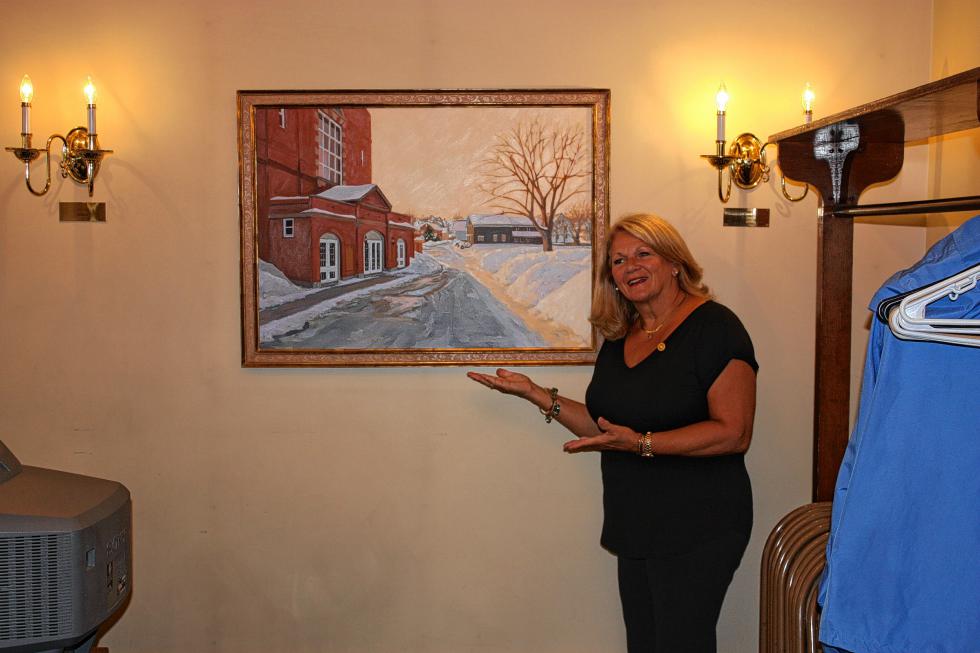 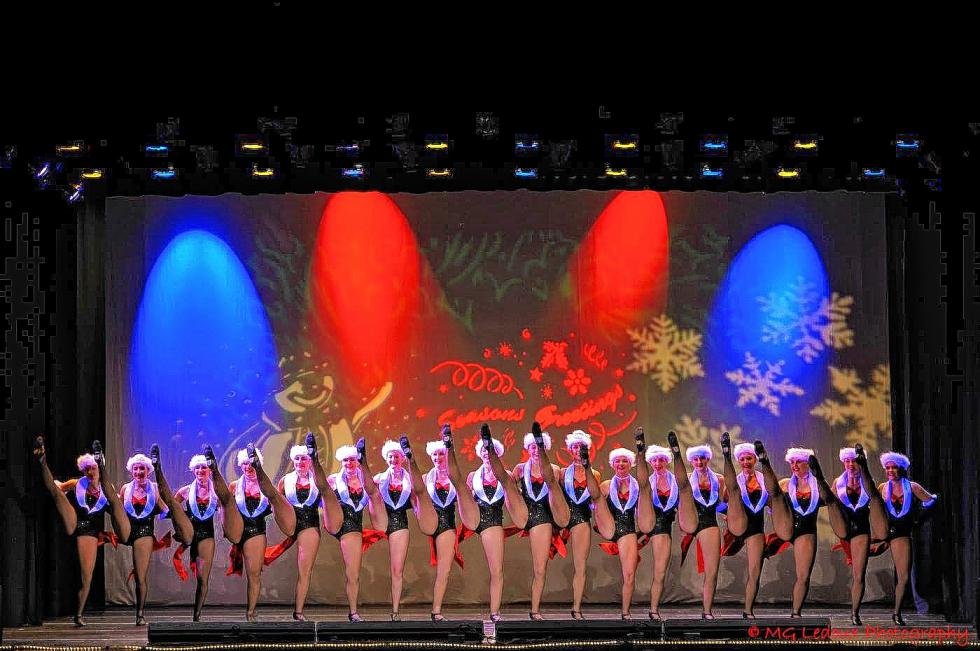 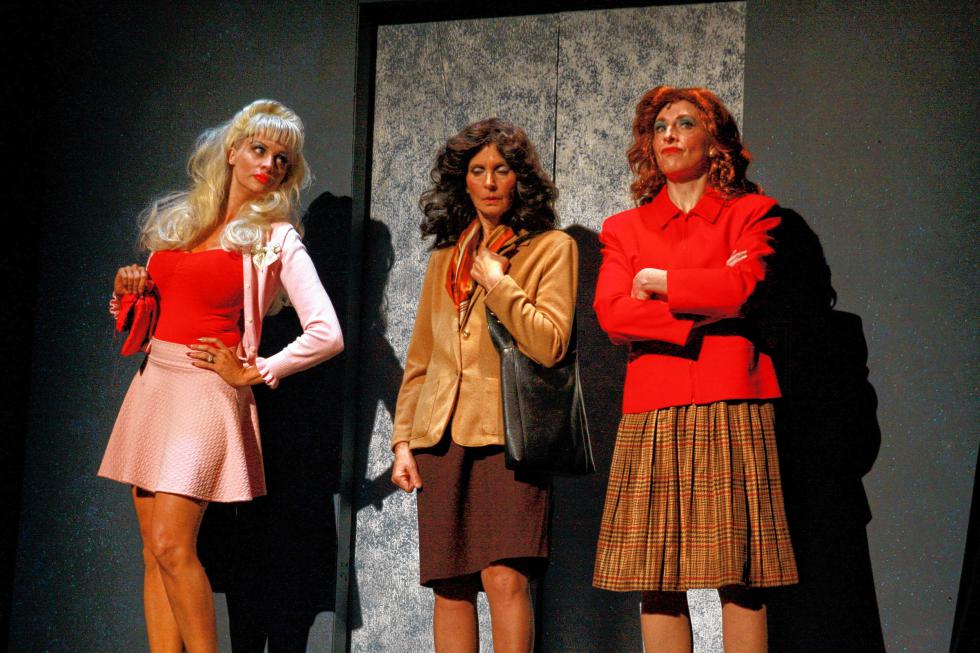 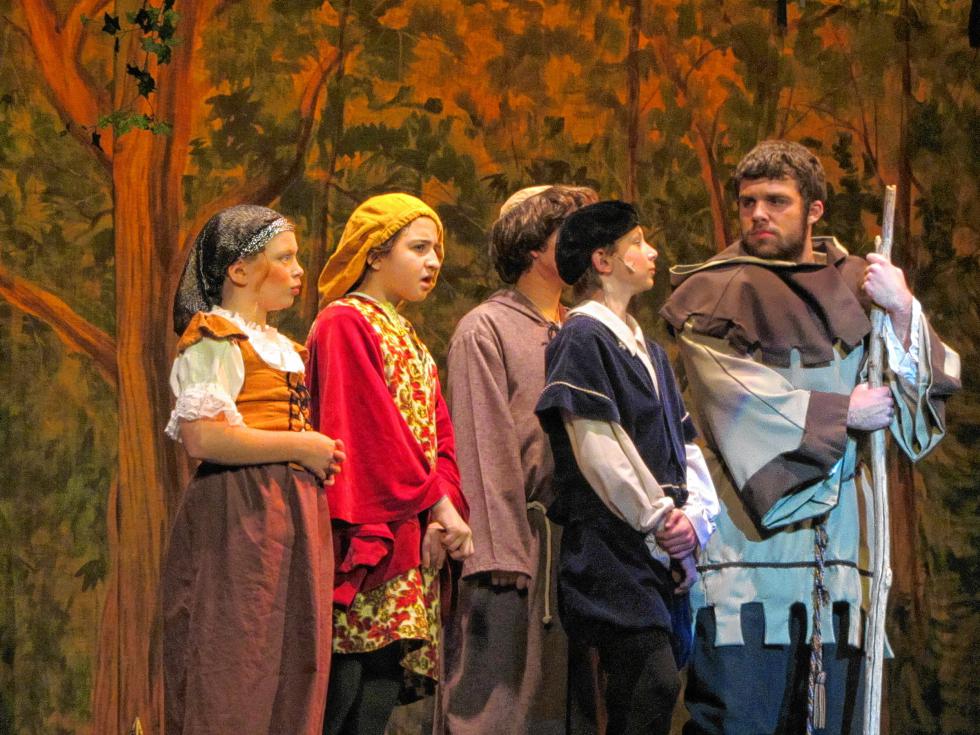 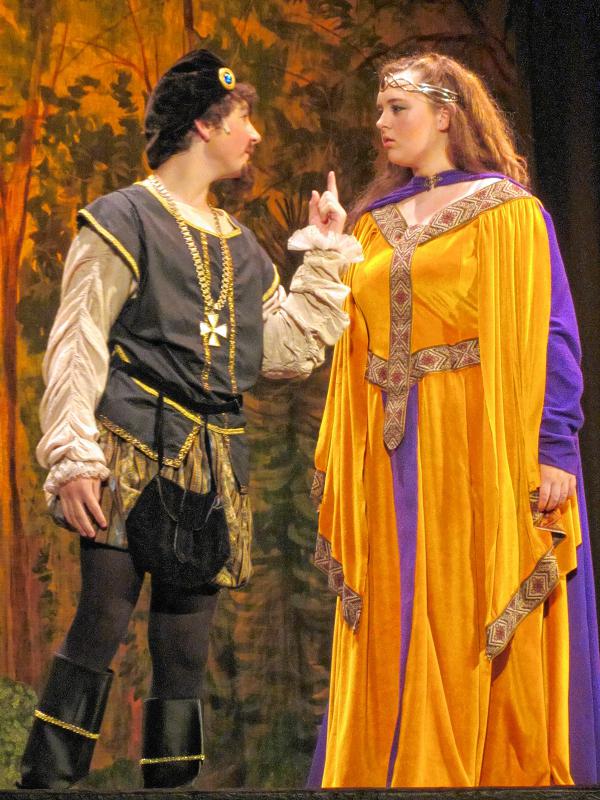 The Concord City Auditorium is an institution.

The city-funded arts venue right in the heart of downtown has been around since 1904, when it was built on the western side of city hall. Since then, thousands upon thousands of performers and guests have stopped in for plays, musicals, concerts, magic shows and everything in between. And there’s no sign of slowing down any time soon.

The Audi will hold its 25th annual Season Opening Gala, presented by the Friends of the Audi and sponsored by the Charter Trust Company and the Concord Monitor, on Sept. 20 starting at 6 p.m.

The gala serves as a kick-off to the Audi’s season, and features an arts fair, variety show and raffle.

The arts fair is a chance for guests to meet and mingle with some of the city’s artists before the variety show, while enjoying some free ice cream provided by Arnie’s Place. You’ll also be able to check out some of the “Treasures of the Audi,” cool historical artifacts that relate to the arts and the city. The variety show is sort of like a sneak preview of events coming to the Audi, in which there will be several acts 3 to 5 minutes long. The raffle features 10 prizes worth more than $3,000 in show tickets and gift cards to local restaurants. Not bad for a $1 ticket.

And this gala is special. 2015 happens to be the year Concord turns 250, the Audi turns 111 and the gala turns 25 (why couldn’t they have waited to open the Audi until 1905, just to give us three nice round numbers?)

To commemorate the multiple anniversaries, the Audi is bringing back some of the people involved in the very first gala.

Former Concord mayor James Mackay was on stage to usher in the first gala, and he’s slated to be back this year alongside current Mayor Jim Bouley. Cindy Flanagan, founder of the Concord Dance Academy, was also there at the beginning. It would only be fitting, then, that she be there for the 25th gala.

Carol Bagan – with the Friends of the Audi – helped save the Audi from financial disaster in 1991, and she’s still around today, helping run the whole show.

The auditorium was going to be turned into three floors of office space for city hall, “so Carol nailed herself to the front door and said, ‘Over my dead body,’ ” joked Flanagan.

The Friends of the Audi have been instrumental in the auditorium’s success, Bagan said.

“The Friends of the Auditorium are working to preserve and maintain the theater, and this is the maintenance – all volunteers,” she said as community members worked on cleaning the chandeliers and touching up the paint during last week’s Day of Caring.

The volunteer work helps keeps costs down for everyone, Bagan said.

“You can see Sweeney Todd here for 20 bucks,” she said.

And when the whole community is involved, pitching in and donating every year in order to keep the place running, “you have ownership,” Flanagan said. When her dance groups use the auditorium, for instance, everyone is very careful not to touch anything, not to break anything.

So now that the annual Pitch In and Day of Caring are complete, what can you expect to see and hear at the gala’s variety show?

Well, there will be many fascinating acts, but we don’t have space to print all of them, so here’s a quick rundown:

Flanagan’s Concord Dance Academy will perform a kickline to “Rudolph the Red-Nosed Reindeer,” getting you ready for Christmas a little early.

Miss Capital Area’s Outstanding Teen Brooke Mills, whom you may have seen in these very pages recently, will sing “Hallelujah” by Leonard Cohen.

Not to be outdone, Miss Capital Area (the non-teen one) Linda Montminy will sing “A Change in Me” from the Broadway production of Beauty and the Beast.

Andrew Pinard, the emcee of the 2014 gala, will present an entertaining mix of magic and merriment. What a combo!

The Freese Brothers Big Band, who played a benefit concert that raised enough money in one night to help save the Audi back in ‘91, will be back again to celebrate the 25th gala with renditions of “Fly Me to the Moon” and “New York, New York.”

Opera lovers, here’s the one you’ve been waiting for: The Piccola Opera’s Ashley Noelle Therrien will sing “Caro Nome” from Rigoletto, accompanied by pianist Jeff DeLangie.

There are of course many other impressive and entertaining acts, but if we tell you everything about all of them here, you won’t really need to even go to the show, and that’s no fun.

So be sure to check out the gala this upcoming Sunday, Sept. 20, starting at 6.

Tickets for the show are $5 and can be purchased at The UPS Store, Gibson’s Bookstore and at the door, and raffle tickets will be available for a buck apiece.

But if you can’t wait till Sunday, there’s a performance of Grande Romanza on Saturday at 7:30 p.m., as the opening act of the Concord Community Concert Association’s season.