Warning: Use of undefined constant large - assumed 'large' (this will throw an Error in a future version of PHP) in /srv/users/serverpilot/apps/concord-insider-wordpress/public/wp-content/themes/Nexus-child/functions.php on line 154 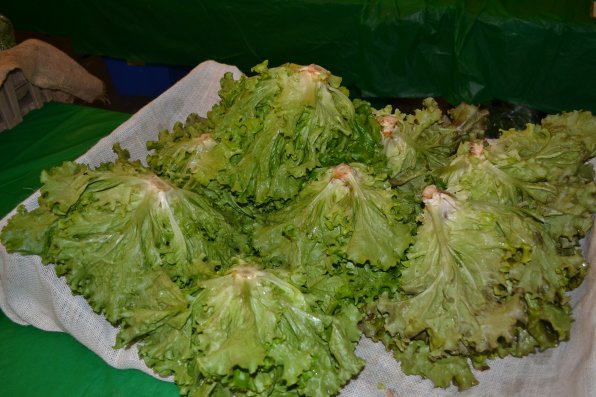 Lettuce and lots of it. 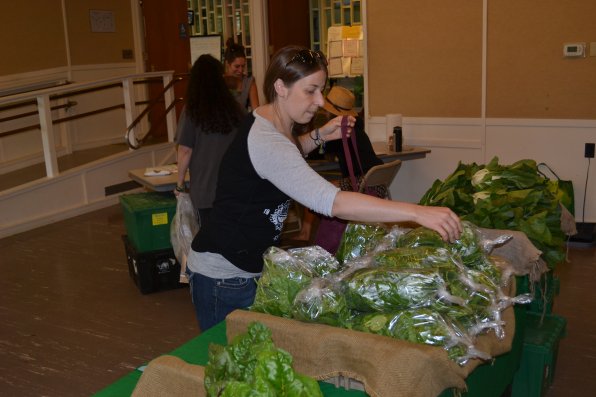 Abby Jones surveys her options. We vote for the bag filled with green stuff. 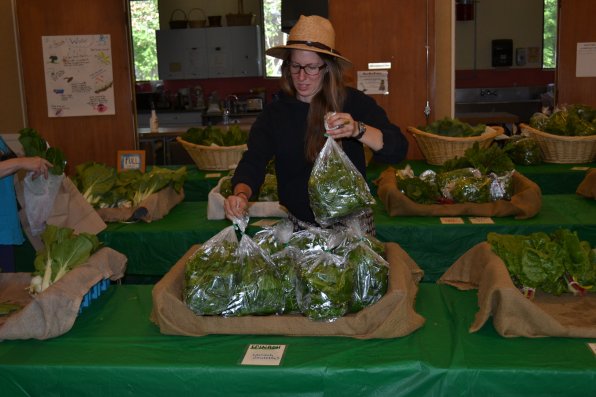 Sarah Hansen refills one of the spinach baskets before more CSA members arrive to pick up their share. 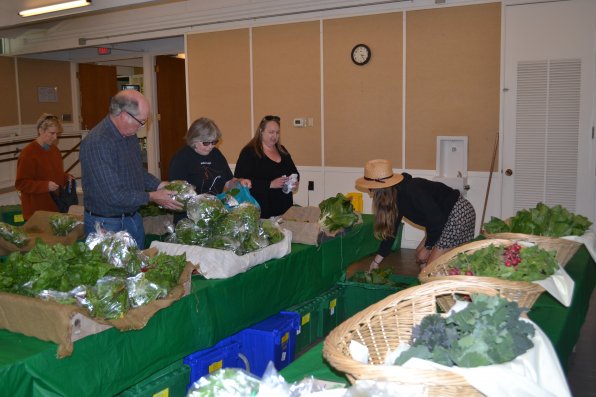 Eating your veggies is an important part of being a healthy human being. At least that’s what we’ve been told since we were old enough to know it was the only way we’d get to leave the dinner table and play with our toys.

Maybe that’s why we bring carrots for lunch every day, because if not, there’s no way we could go outside for recess. But in all seriousness, vegetables are actually quite tasty, whether they’re raw or cooked in something yummy, like soup, shepherd’s pie or just some olive oil, garlic and salt.

What we’ve learned since our days of hiding brussels sprouts in our pants pockets, which can be pretty messy, is that the fresher the produce, the easier it is to justify your healthy decision to your anti-vegetable friends. And if you’re looking for fresh stuff for the entire growing season, you might want to check out the Local Harvest CSA. They’ve got loads of fresh, organic veggies each week from six area farms that will certainly help balance out the old diet in a way that would make mom proud.

The CSA began in 2003 with eight farmers joining forces like the Justice League (that’s the one with Superman and Batman) to bring locally grown stuff to those who didn’t feel like spending an entire day driving from farm to farm to get all their produce needs for the week.

“At that point, it was just a good opportunity for a bunch of farmers to get together and sell produce collectively,” said Dave Trumble, owner of Good Earth Farm and one of the founding farmers.

Now, from late May to mid-November, all you have to do is sign up for one of Local Harvest’s share options, pick a location – and of course pay the membership fee – and you’ll get all your vegetable needs. The spring share goes from May 27 to June 10 and is considered the green lovers share, because like the name portrays, it’s all about the greens. We’re talking lettuce, spinach, multiple kinds of kale, pak choi and swiss chard.

“I appreciate organic gardening, but I’m not particularly motivated to do it myself,” said member Frank Allen. “And while I don’t consider myself a big vegetable eater, I try to incorporate it in my diet.”

Unfortunately, this is the last week for the green lovers, but the good news is that starting next week is the summer share, which is where you’ll find all those tasty veggies we talked about earlier. There’s also a five-week fall share starting Oct. 21. So you can pick one, two or all three options depending on how much you like greens and veggies; but if you want to do all three, you’re going to have to wait till next year. Yet it’s never too late to sign up for the summer and fall shares this year.

“I heard really good things about it,” said Tonya Popoloski, who just joined this year.

The summer season is what most people associate with a CSA, since it lasts for 18 weeks (June 17-Oct. 14), and is by far the busiest and most joined for Local Harvest.

“It give them the most opportunity for variety,” Hansen said.

On Wednesdays, there’s a market style pickup at the Unitarian Church on Pleasant Street from 2:30 to 6:30 p.m., where you walk down the row for your share size – which we’ll get to in a minute – and select what you want to bring home with you.

“We try to offer more choices,” Trumble said. “We want each station to have a choice. People are excited to get fresh, organic produce.”

They try to put out choices at each station so it’s like shopping at the store, you just don’t have to wait in line to check out or pay because you already did that at the beginning of the season. While they occasionally have extra bags you can borrow, you should probably just get into the habit of bringing your own. There’s even a swap table where you can exchange something you won’t use or want for an item that another member felt the same way about.

“I think people like having the choice of what they want,” Hansen said. “Even if it’s a basket of onions, they get a choice.”

In order to make sure there’s enough veggies and variety, Trumble keeps tabs on just about everything. He gets a report from each farmer over the weekend as to what they’ll have for that week. Then he goes through to see what’s available and instructs them what and how much to bring for the various pick up locations.

On Thursdays, pre-bagged shares are available for pick-up at Barb’s Beer Emporium (2:30 to 7 p.m.) as well as spots in Manchester and Bedford.

“The bag shares are convenient for people,” said Becky Kurth, who handles marketing and social media for the CSA and works the pick up on Wednesdays.

Now you might be wondering how the shares break down. Well, there’s the basic share (which equates to about $20 a week and is great for someone who just wants to try it out or to supplement their own garden) and is five to six items each week. The most popular share is the standard, which is seven to nine items and breaks down to about $30 a week, and finally there’s the full share, designed for large families or people who really like vegetables, with 10 to 12 items at a cost of $40 per week.

“I like the idea of it and it’s a great organization to support,” said member Richard Blood. “It’s good to eat the stuff that’s in season.”

And if you know you’re going to be on vacation and can’t make it, just let them know and you can double up on your share either in the weeks before or after. You can even split the share with a friend.

“We want to make sure people get their vegetables,” Hansen said.

For an additional cost, you can add a bread share, pork and poultry share or raw milk and yogurt, all of which are organic.

“It’s a great group of farmers,” Kurth said. “There’s a ton of persity. There’s a lot of options for people and the produce makes people come back for more.”

The Wednesday pickup is kind of like a little community for Hansen and Kurth. They have gotten to know a lot of the members, so much so they talk about what they did with the previous week’s haul.

“It’s nice to see people come in every week,” Hansen said. “I know a lot of people by name and it has a nice interaction to it.”

She also puts out a newsletter at the beginning of each week so people know what kind of produce to expect and some tips/recipes as how to use them cause really, who knows what to do with swiss chard?

“I try to look at the share each week and see how I’d use it,” Hansen said.

And whatever is left over at the end of the day on Wednesday is donated to the Friendly Kitchen.

For more info or to sign up, visit localharvestnh.com.