Sure, we all feel bad for those poor fourth graders, but what about me?

Home » Articles » Sure, we all feel bad for those poor fourth graders, but what about me? 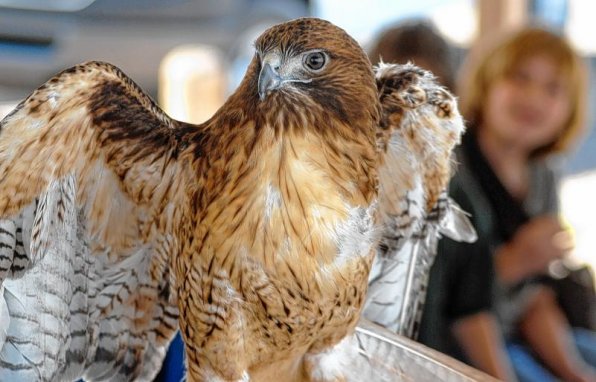 Look, I love civic-minded fourth-graders as much as the next hawk, but I was a little disturbed that nobody was concerned enough to check in with me following the recent legislative controversy. Thankfully the ‘Insider’ gave me the space to have my say, and I’m doing quite well, thank you.

If you haven’t been living under a rock for the last few weeks – if you were, we’d kind of be neighbors! – you’ve probably seen my face in the news. I’m getting more air time than the Kardashians these days. Admittedly, my tail does deserve more national attention than Kim’s, but sadly, that’s not why I’ve become an overnight sensation.

No, the red-tailed hawk was the victim of the not-so-silver-tongued legislators that set fire to a proposal from innocent elementary students advocating for me as the state raptor.

It was handled in a shameful and tasteless manner by the legislators, who mocked the fourth-graders as they sat in the gallery of the State House, and the action has been appropriately greeted by overwhelming national derision.

Just one thing, though – while the community has been quick to come to the rescue of the school children, there’s something else everyone seems to be forgetting.

Cute little dimple-faced children are sympathetic figures, no doubt, but I’m cute, too. Sure, maybe it’s more of a nuanced, you-know-I-could-peck-your-eyes-out-if-I-wanted-to cuteness, but it’s cuteness nonetheless. I mean, just look at those majestic wings.

So why hasn’t anyone spoken up on my behalf? Bullying is bullying.

And yet, as the story gained national traction and went viral everywhere, not one person thought to suggest maybe we should check on the hawk. Or, I wonder if he’s locked himself in his nest and is listening to the Counting Crows on repeat again?

Demand for apologies to the students was everywhere, but did nobody think to seek an apology to me?

So, just in case anyone is concerned, I’m doing much better. Time heals all wounds, and I’ve taken comfort in the fact the legislators are being (figuratively) ripped limb from limb. Everything is good from my viewpoint, especially because my viewpoint is really high in the air.

Now, if you need me, I’ll be shaking my tailfeather down at Tandy’s.