What happens when you mix fun and music with soup? SouperFest

Home » Articles » What happens when you mix fun and music with soup? SouperFest 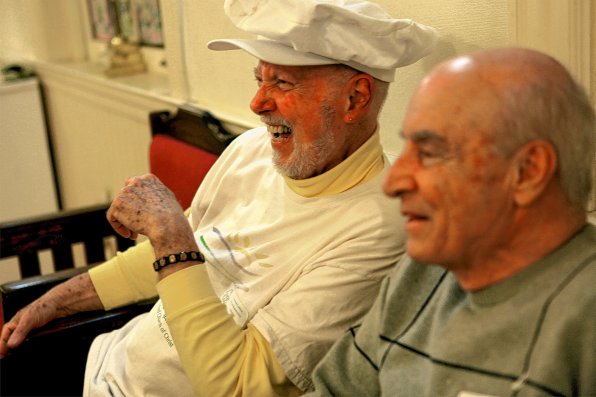 Jim Kinhan (left) is clearly having a great time at last year’s SoupFest. And just imagine the kind of fun he will have at Souperfest this Saturday, especially since it benefits the Concord Coalition to End Homelessness. 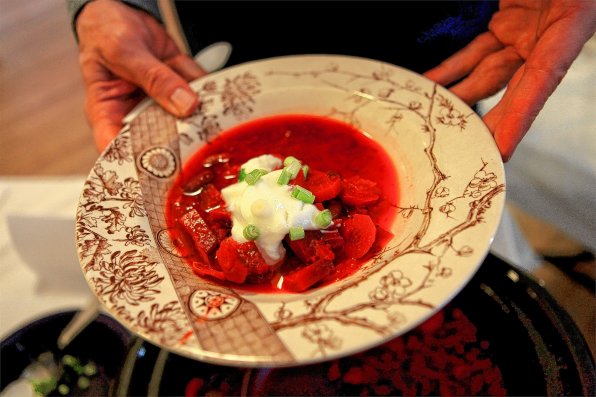 Now that’s a bowl of soup. 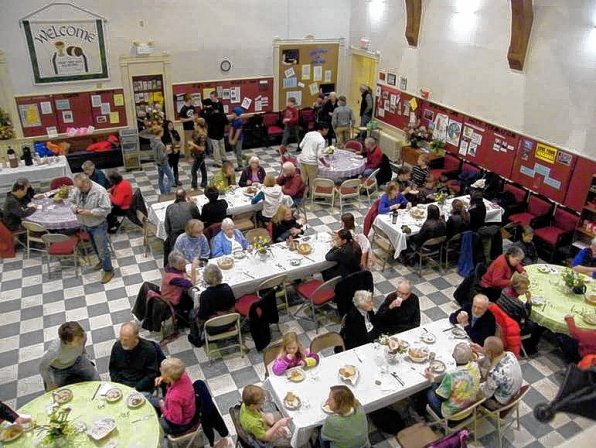 Look at all those happy soup loving people, circa 2013. 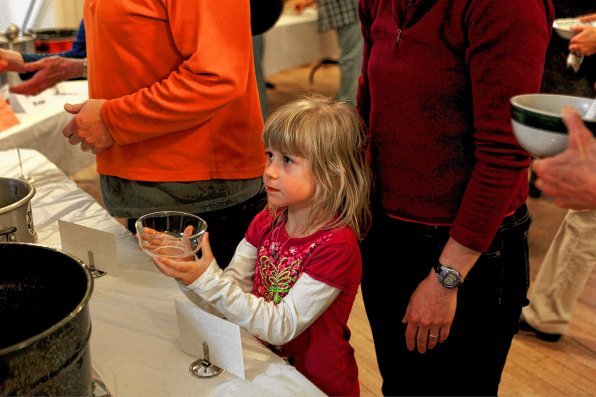 Brynna Streeter, 5, waits for a nice bowl of matzo ball soup at last year’s SoupFest at South Congregational Church. This year’s festivities will be held at Rundlett Middle School, and is now called Souperfest.

Every March for the last five years, South Church has hosted SoupFest.

It’s where soup connoisseurs would get a spoon and bowl and the opportunity to try a wide range of tasty concoctions. Local chefs, celebrities and church members would break out their best recipes or old family traditions for one evening of brothy goodness. The first two years served as a fundraiser for the church, while the last three have been held to provide some extra funding for the Concord Coalition to End Homelessness. Every year it brought in some money for the cause, reaching a high of $3,500 last year. But with the needs of the coalition growing by leaps and bounds, the decision was made to expand it this year.

“There’s a need for this to be a significant fundraiser,” said organizer David Canfield. “And its very interesting to see how many volunteers have responded to this cause.”

So no longer is it called SoupFest. To show it’s growth, the powers that be decided to change up the name a bit, and we’d like to introduce you to SouperFest. Doesn’t it just sound bigger and fancier?

Well good, because it is. SouperFest will now be held at Rundlett Middle School to accommodate all the upgrades – and hopefully all the extra people who will attend after reading this beautifully written story. SouperFest is this Saturday and is no longer just an evening of soup, bread and dessert. No, this is an all-day event that includes fun for the whole family.

“It’s pretty amazing how its changed,” said Jim Kinhan, founder of SoupFest. “This year has just been an amazing thing to see how it’s unfolded.”

The fun begins with all kinds of entertainment for the kids. FunFest – as it is called – is a subpision of SouperFest and will run from 1 to 4 p.m. with games, yo-yo contests, stacking cups (which is a favorite pastime of Kinhan, who is known by his stackers as Mr. Jim). There will even be a bouncy house slidey thing. Think of it as an indoor carnival of sorts.

FunFest will take up two rooms in Rundlett and will also include music and snacks. There will even be a mini FunFest for toddlers.

Starting at 4:15 p.m., MusicFest begins and runs for one hour, featuring Trunk-O-Funk as well as a DJ, playing some of the latest, hippest tunes. Who knows, there might even be some dancing.

But the highlight of the day remains SoupFest. It is what has driven this fundraiser for the last five years, and will do so well into the future. There will be 17 different flavors of soup made and served by some people who are a pretty big deal in this neck of the woods, like Hope Butterworth, Dan Feltes and Amanda Grady-Sexton. That’s five more options than last year, but it’s only right that more tasty options get added to the menu with a name like SouperFest. And don’t worry those of you who live a gluten free lifestyle, because there will be options for you, as well. The same can be said when it comes to the bread, as a wide variety of baked goodness will be available to dip in your bowl – filled with soup of course.

“There’s going to be quite an array of soups,” Kinhan said.

For a suggested $10 donation (and believe us, you can give more if you’re so inclined), you get a spoon and a disposable bowl. From there, it’s completely up to you as to how many soups you want to try. If you’re feeling brave, why not try all 17? You might just find an enjoyable combination you never knew existed. Each chef has been asked to bring the equivalent of 70, six-ounce portions, so unless there’s a huge run on a certain flavor or two, there should be plenty to go around. And you’ll even get to enjoy the sweet sounds of the Jazz Dogs, Concord Chamber of Commerce’s own Tim Sink’s band, during your soup tasting.

“Traditionally its been a very delightful social event,” said Ellen Fries, chair of the Concord Coalition to End Homelessness.

And for dessert, expect things like cookies, brownies and bars to be available, because it’s all about using your fingers to enjoy these treats.

Now to be clear, the $10 suggested donation ($5 for those 18 and under) is for the entire day. So you can go to FunFest, MusicFest and SoupFest for just one Alexander Hamilton. We dare you to find a better deal for the whole family, especially one that goes to such a good cause and is also that tasty.

“If they choose all three, they get a great deal,” Canfield said.

Organizers were a little shy about putting a number to the fundraising efforts thus far, but let’s just say they are way ahead of last year’s total before even opening the doors for the event.

There will be four cashier tables accepting cash, checks, credit and debit.

And don’t forget what this day is all about.

“Part of our mission is to reach into the community to educate them about homelessness,” Fries said. “We can really make a difference in the plan to end homelessness.”

Now we’ve told you all we know, and it’s time to cancel any plans you may have for Saturday and make new ones to go to SouperFest. How can you miss something with a name like that?

“We get the sense there’s a lot of buzz about this event,” Canfield said.