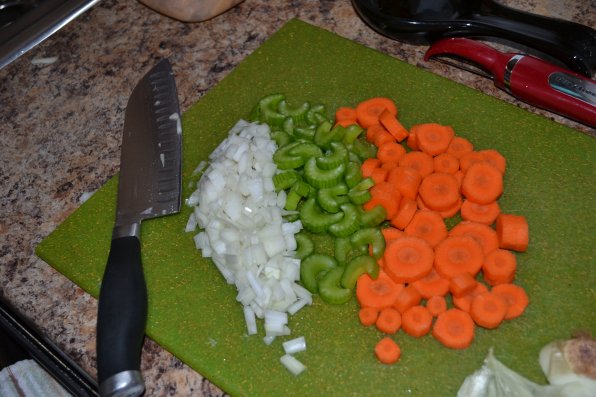 You’ve got to have a nice mirepoix. 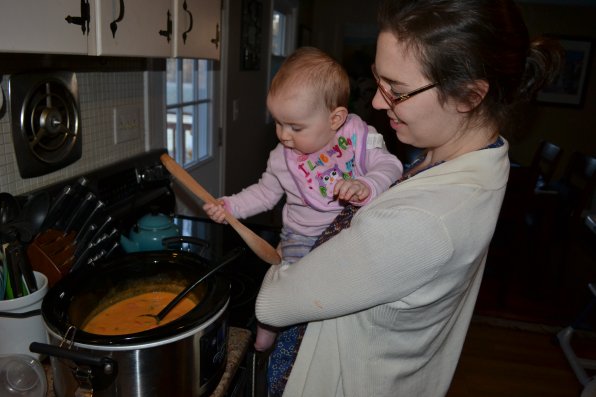 Tim’s daughter, Sophie, and wife, Mary, were big helps when making what surely will be the best buffalo chicken soup ever – at least to come out of the Goodwin kitchen.

After spending a week talking nothing but soup, I had to make one myself. But as someone who has very little experience making pots of steaming broth, vegetables and meat (my wife, Mary is good at that), I wanted to try something a little different, but not too difficult.

Early on I decided it had to have buffalo chicken in it. Why? Because I like it, that’s why.

So Mary and I searched the internet and cook books looking for helpful hints. We came across a few recipes and decided to mix and match the ingredients. It needed a mixture of celery and carrots, because they go well with buffalo chicken. White beans were Mary’s suggestion to offset some of the heat, and the liquid was a mixture of chicken broth (store bought), milk, a roux and a couple spices. Sorry, I’ve got to keep a secret or two.

We decided to go the Crockpot route because it does a lot of the hard work, and for a Sunday during March Madness that sounded just about right. After four hours, our concoction was complete, and much to my surprise, it was good. A little spicy, which could be offset with a little ranch or blue cheese crumble, but overall, a valiant effort for my first soup attempt. We even had Sophie “help” with the stirring.