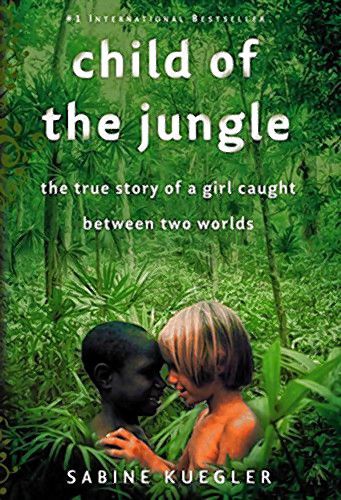 Child of the Jungle By Sabine Kuegler

Born in Nepal to a German family, Sabine Kuegler lived a childhood most don’t even begin to experience. Her parents were linguists and missionaries who traveled the world studying the languages of remote civilizations. Kuegler spent the majority of her youth in the isolated and primeval rainforest of West Papua, Indonesia, living alongside the Fayu, an indigenous tribe that had previously had almost no contact with the outside world. She recounts her experiences learning to not just survive, but thrive in the vast tropical wilderness, acquiring the Fayu language and becoming accustomed to their way of life. Each short chapter offers a glimpse into this fascinating world; Kuegler’s words submerged me into a culture so very different from my own, and yet one that often shows surprising bridges between this small hunter-gatherer society and the Western world. This book is an unforgettable and enthralling study of human behavior and our relationship with nature.

One aspect of this book I really appreciated was the fact that the Kuegler family didn’t seem bent on Westernizing the Fayu people; while Kuegler’s parents were missionaries, they seemed more determined to learn from the Fayu and embrace this indigenous society and belief system, rather than aim to change or dilute it. The Kueglers and the Fayu learned to live in harmony, and both groups of people benefited from each other in numerous ways. While traditionally a society entrenched in civil war between their four clans, the Fayu discovered more peaceful approaches to settling disputes from the Kueglers. In turn, the Kueglers were taught how to respect the natural world and became completely accepted into this tight-knit community.

It was so interesting to read about how the Kueglers adapted to living in the jungle; the author tells of eating sago palm (a staple in the Fayu diet), crocodile, bat (including the wings!), snake meat, and all manner of insects, seeds, and tropical fruits. She also retells stories of close calls with the danger nature can bring. She had endless adventures traipsing through the brush with the Fayu children, and made many friendships that have had a sustained impact on her life. Included with all these stories are pictures of several members of the tribe, animals, their house in the jungle, and aspects of Fayu culture.

It was deeply heartbreaking to read about Sabine’s separation from the Fayu when she went to a boarding school in Switzerland; she left West Papua after the devastating and tragic death of her friend Ohri. As was to be expected, Sabine faced great challenges trying to integrate into Western society after living in the rainforest for over ten years. She writes of her struggle in finding her identity as both a European woman and the child of the jungle, which developed into an extremely grueling existential crisis for her. While I have never had nearly the experiences of Sabine Kuegler, I felt such heartache for her as she explained what it felt like to be torn between the two worlds.