Book of the week

Home » Articles » Book of the week 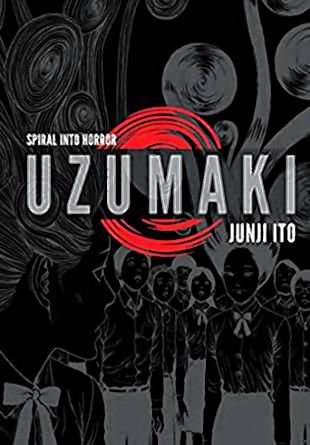 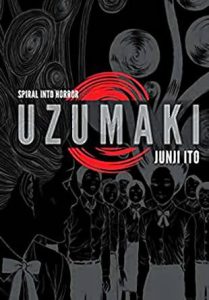 Uzumaki, by Junji Ito, is a masterclass in horror manga. For those interested in the paranormal and macabre, this Japanese artist will be right up your alley. The serial manga, which the Concord Public Library owns as one collection, was first published in 1998. Despite being over twenty years old, Uzumaki has a massive cult following, and for good reason. Junji Ito’s artwork and storytelling come together into what many refer to as his magnum opus, and I would highly recommend giving it a try — even if graphic novels are not your thing.

The story focuses on the town of Korouzu-Cho as mysterious spirals begin to torment the residents. Kirie Goshima, the main character, somehow becomes entangled in various cases of the spiral’s assault on the town. At first, it seems like just coincidences that afflict family members and neighbors. Soon, though, things become more serious as the spiral starts to take lives and destroy the town. I know, I know, how could something as innocuous as a spiral become such a formidable force? If you can suspend that disbelief and participate in the journey through Junji Ito’s imagination, you’ll find the spiral really does become a terrifying symbol.

Ito’s artwork does a lot of heavy lifting in that regard, as his grotesque yet intriguing style really captures your attention. In fact, I almost felt a pang of guilt each time I had to turn a page. The artwork is good enough to stand on its own, and it feels odd just flipping through the pages without taking the time to admire Ito’s art and detailed linework. As you near end of the book, the spiral’s grip on the town only becomes more bizarre and repulsive, as does the art.

Fair warning: the book is definitely not recommended for those with a weak stomach. However, for those inclined to enjoy horror and mystery, give Uzumaki a try! Odds are you will seek out Junji Ito’s other works when you finish.