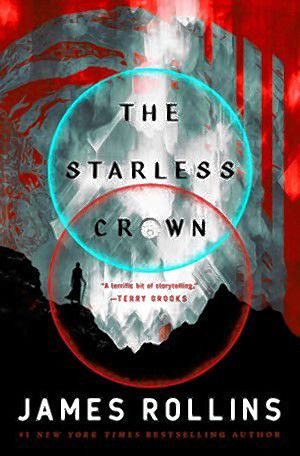 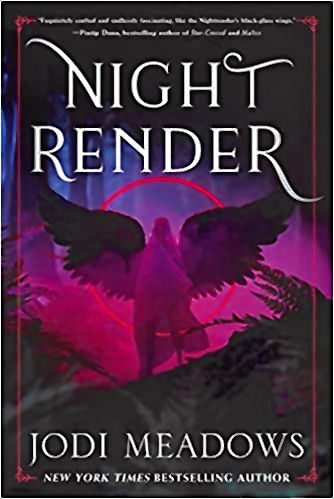 Copper Dog Books, Gibson’s Bookstore, and Tubby & Coos Mid-City Bookshop are pleased to present James Rollins, in conversation with Terry Brooks, as they discuss Rollins’s new novel, The Starless Crown. The virtual event will be held Jan. 10 at 7 p.m. via Crowdcast. Copies of The Starless Crown purchased from these bookstores will come signed and with a Fight the Moon pin.

An alliance embarks on a dangerous journey to uncover the secrets of the distant past and save their world in this captivating, deeply visionary adventure from a New York Times bestselling thriller-master James Rollins.

A gifted student foretells an apocalypse. Her reward is a sentence of death.

Fleeing into the unknown she is drawn into a team of outcasts:

A broken soldier, who once again takes up the weapons he’s forbidden to wield and carves a trail back home.

A drunken prince, who steps out from his beloved brother’s shadow and claims a purpose of his own.

An imprisoned thief, who escapes the crushing dark and discovers a gleaming artifact – one that will ignite a power struggle across the globe.

On the run, hunted by enemies old and new, they must learn to trust each other in order to survive in a world evolved in strange, beautiful, and deadly ways, and uncover ancient secrets that hold the key to their salvation.

But with each passing moment, doom draws closer.

Who will claim the starless crown?

Jodi Meadows will visit Gibson’s Bookstore virtually on Jan. 12 at 7 p.m. to present her new novel, Nightrender. Meadows is in conversation with her friend, author Erin Bowman.

Kingdoms will fall, gods will die, and hearts will be broken in this sprawling new fantasy from New York Times bestselling author Jodi Meadows.

In the middle of nothingness is the Island of Salvation.

Reality bends easily here. Villages disappear. Forests burn forever. Pockets of inconsistent time are everywhere, their boundaries strung with yellow ribbon. And the three kingdoms of Salvation have been at war for a thousand years.

But the greatest threat is the Malice, an incursion from the demon plane slowly tearing its way through the world’s weakest seams. Seams that — once split — will lead to the total unraveling of night and day, light and dark, life and death.

Not that the human world takes much interest. Of more concern is the upcoming marriage of Rune Hightower, Prince of Caberwill, and Johanne Fortuin, Princess of Embria — the serpent bride, a girl of famous cunning — which offers a possible end to the ancient conflict. But Rune has noticed the growing darkness, and he is determined to summon mankind’s only defense: Nightrender, the hammer of the gods, an immortal warrior more weapon than girl.

There is only one problem. The last time she was summoned, she slaughtered every royal in Salvation, and no one knows why. Will she save humanity from the Malice … or plunge it deeper into the fires of eternal war?