Book: Hour of the Witch 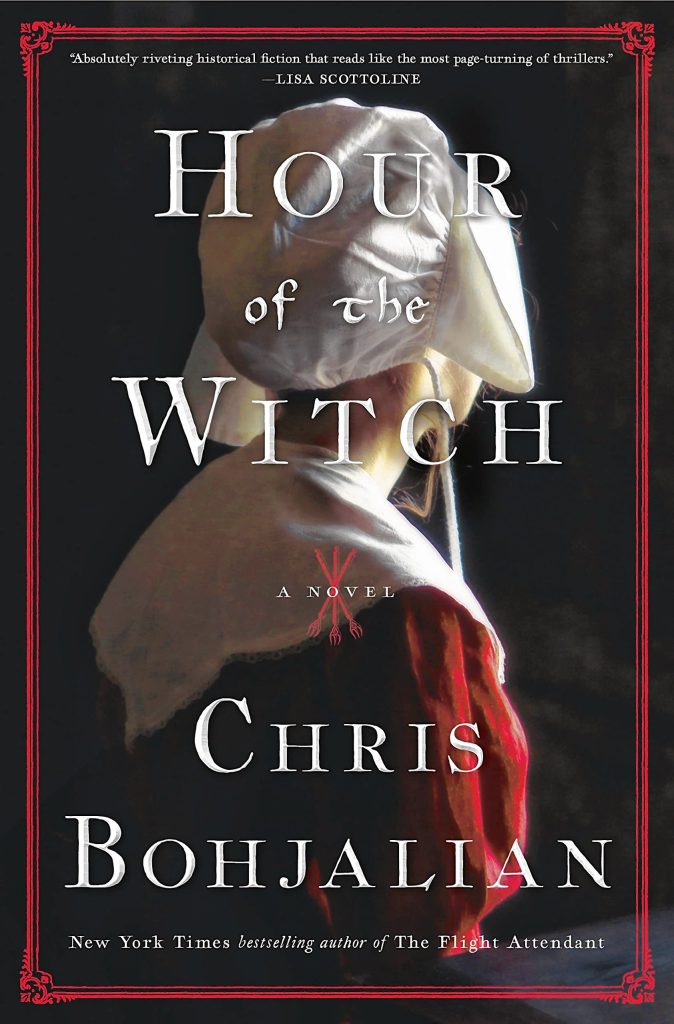 Hour of the Witch

In his historical novel Hour of the Witch, Chris Bohjalian once again demonstrates a penchant for meticulous research and an ability to create intriguing characters. Set in Boston in the 1600s, the book follows the struggle of 24-year-old Mary Deerfield to divorce her abusive husband. Mary is beautiful, intelligent, and comes from a wealthy family. If she was still living in England, she would have her pick of suitors. But here in the burgeoning colony, Mary finds herself trapped in a dysfunctional marriage to Thomas Deerfield, a man twice her age and her polar opposite in character. Mary suffers physically and emotionally at the hands of Thomas, and she becomes adept at hiding her bruises. The unfounded shame a domestic abuse victim faces is amplified in this harsh, Puritanical landscape, where any trace of spirited will a woman demonstrates is grounds for suspicion. Mary does her best to tread lightly around Thomas, especially when he has been drinking, and she genuinely wishes to be blessed with children. However, after five years of marriage and no signs of pregnancy, Mary is deemed “barren,” and of course blamed for it. Mary endures all of this until one day, Thomas plunges a fork through the top of her left hand, shattering bone and permanently scarring her. This is the tipping point in Mary’s tolerance of her husband’s abuse; she goes to her parents and discloses all that she has suffered. Mary fears for her life and begins the process of requesting a divorce from Thomas. Her parents try to dissuade her from this, knowing she will be vilified and probably unsuccessful in her efforts. They want to protect their daughter from the damage a divorce trial would inevitably cause. However, Mary is determined to gain her freedom, and moves forward with her plans. As expected, Mary faces an upstream battle against the patriarchal, austere, and paranoid society in which she lives. Unsurprisingly, Mary’s attempt to defy her husband and gain her freedom breeds suspicion, and she soon finds herself accused of witchcraft.

With four hundred years of hindsight later, I found myself increasingly frustrated with Mary’s many short-sighted decisions; she continues to cultivate a friendship with the town pariah, suspected of being a witch herself, and she visits Henry, as young man she has feelings for and who is most definitely not her husband. Normally, this behavior would not be grounds for extreme concern, but given the time period and environment in which Mary lives, it is exasperating to see her make choices that contribute to the town’s accusations toward her. Nevertheless, this made the book more engaging, as it is often enjoyable to root for a character while simultaneously wanting to scold them through the pages due to all their unwise actions.

Chris Bohjalian is a talented writer who paints a believable world from the distant past. It is easy for the reader to immerse themselves in the society he writes about, and his descriptions, dialogue, and character development are powerful and authentic. It was also very compelling to see how the collective mindset of the time must have evolved into the frenzy around witchcraft later that century. In Mary’s world, the extreme fear and unchecked accusations of witchcraft were really only stirrings; yet as a reader in the 21st century, I was able to sense how some of the beliefs, social mores, and anxieties surrounding life in a new and wild landscape would contribute to the events that occurred several years later. I was also surprised by the suspenseful ending, which steers away from the expectations of many other books on the same subject. If you enjoy historical fiction with a strong female protagonist, come by the library to check out a copy of Hour of the Witch.