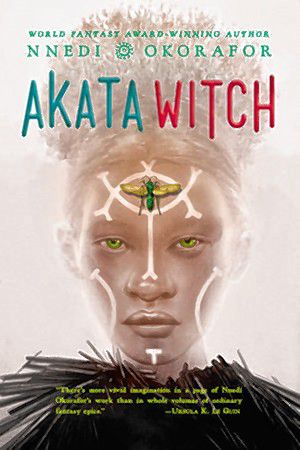 Sunny, a teenager with albinism, recently moved to her parent’s home in Nigeria from New York. At school she faces bullying and is frequently called a witch. Even worse, she can’t play soccer with the rest of the kids because the sun burns her skin. Shortly after having a vision of apocalypse while gazing into a candle flame, she befriends Orlu, a boy at school, and discovers that she holds special powers and is, in fact, a witch. Orlu introduces Sunny to the world of the Leopard People; a world of magic, spirits, and, most importantly, her true nature. Sunny meets two more Leopard teens, Chichi and Sasha, and the four become an Oha coven; a balanced group of magic users with a special purpose.

Meanwhile, the newspapers are filled with stories of missing children at the hands of Black Hat Otokoto, who is targeting the most vulnerable in his quest for more power. Children are being found alive and maimed or worse … dead. As Sunny and her friends realize their newfound powers they are called upon by their Leopard Elders to seek out and defeat the evil Black Hat Otokoto before he unleashes an old spirit intent on destroying the world.

This immersive contemporary fantasy is the first in the series. The magical and mundane worlds of Nigeria come alive with delicious descriptions of local food, mysterious folklore, and exotic powders and potions. You will be rooting for Sunny and her friends as they navigate the struggles of coming of age, find their magical mentors, and learn about the nature of power. If magical misfits are your cup of tea, then come on down to the library and grab this book!