Book review: Of Women and Salt 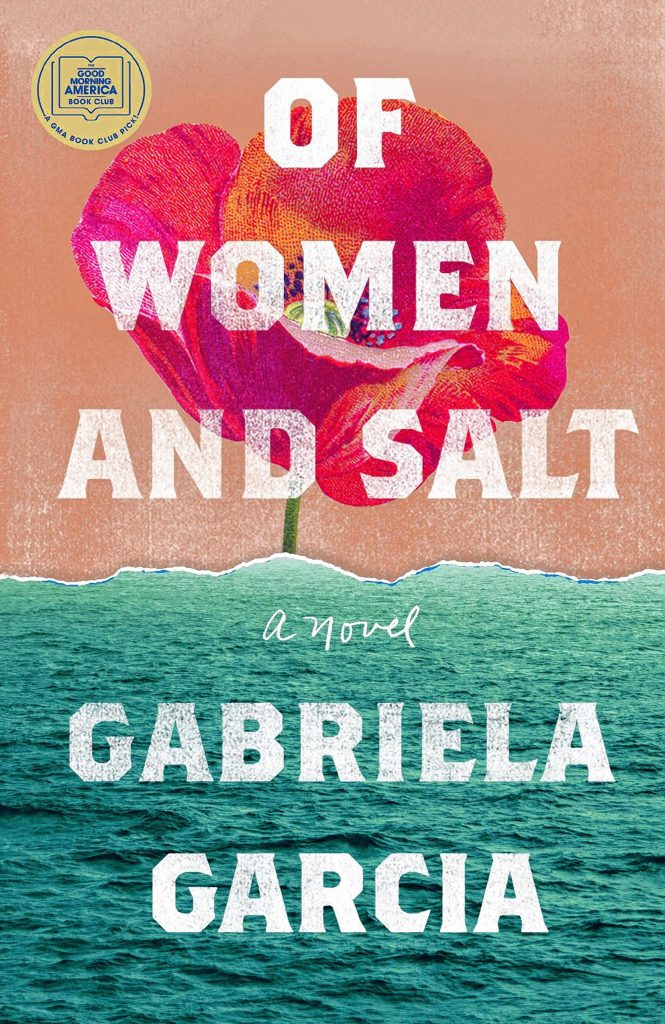 Of Women and Salt

Gabriela Garcia’s sweeping debut novel, Of Women and Salt, demonstrates in a mere 204 pages how our past is inextricably linked to both our present and our future. The book spans four centuries and highlights the struggles of women from two different families. It is remarkable how Garcia masterfully connects the women in both families in such a short novel.

The story begins in 2018 with Carmen and her daughter Jeanette, a young woman battling addiction and the demons of her past. Carmen wants nothing more than for her daughter to survive, but she deals with a web of conflicting emotions while trying to help Jeanette in any way possible. She regrets not openly showing affection or having truthful conversations with Jeanette as she grew up, and now she wants to reveal to her all the secrets she kept to protect her daughter. You can hear her desperation when she writes to Jeanette, “…tell me you want to live…Maybe there are forces neither of us examined.”

Garcia then writes of Maria Isabel, a woman working in a cigar factory in 1886 Cuba, and ancestor to Carmen and Jeanette. During the country’s fight for independence from Spain, Maria and others toil over their labor while a lector reads to them from a propaganda newspaper in an attempt to brainwash them into submission. Later, after rebellion wins out in their city, Maria’s future husband, Antonio, begins reading novels to the workers, including Les Misérables, an obvious contrast to the literature previously read in the factory. Miraculously, Victor Hugo hears of the factory workers’ plight and writes to them. One line from his letter, in particular, stands out for Maria and remains with her throughout her life: “Who are we, weakness? No, we are force.” It is this idea that drives the entire book; these women are not ultimately victims of the poor working conditions, domestic abuse, addiction, poverty, violence, and racism that threaten to inundate their existence at every turn. They are, in actuality, an unstoppable force spanning beyond generations and national borders. Maria writes her newly-adopted mantra, we are force, in the pages of Les Misérables, not realizing how these words will eventually reach down through time to inspire her descendants.

Later in the novel, Jeanette finds herself in recovery and living in a small apartment, when immigration authorities take her neighbor, a woman from El Salvador, from her home while the woman’s daughter Ana is at school. Coming home to an empty house, Ana looks to Jeanette for help, and Jeanette’s choices regarding the young girl will impact many of the novel’s women for the rest of the book.

This book is at times heartbreaking, and at other times, empowering for women. The issues facing the characters in the modern-day are undeniably linked to the struggles faced by marginalized groups today. This is a small book with a big message. Through this novel, Garcia teaches us that past choices and behaviors of humankind shape who we become and how we treat each other well into the future.