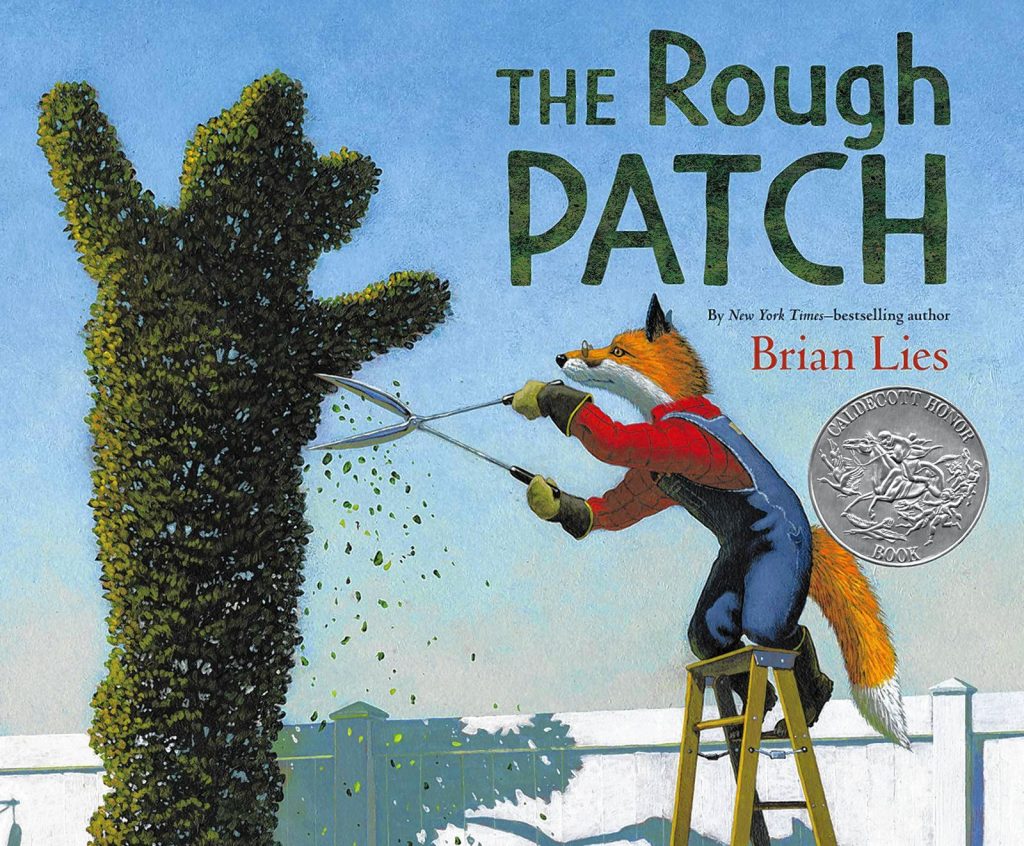 Evan is a fox who does everything with his pet dog, who is his best friend and trusted companion. Their favorite activity is tending Evan’s garden. Then “one day, the unthinkable happened.” The dog dies, apparently peacefully in his sleep. Evan buries the dog in a corner of the garden, but is overcome with sorrow and loneliness. In his grief, Evan feels that that “nothing [is] the same” without his friend.

At first, Evan’s garden is a painful reminder of his loss. In a fit of anger, Evan tears up his plants and allows weeds to take over the space that he once so carefully tended. Adult readers will recognize Evan moving through the stages of grief, from anger to sadness — his despondency reflected in the landscape of his neglected garden.

Then … a pumpkin vine catches Evan’s eye. At first, he leaves it alone. Then, he begins to nurture the fledgling fruit and watch it grow in response. Eventually, Evan finds that it’s fair season, and he has a gigantic pumpkin ready to tote to the produce show. The fair helps Evan to begin experiencing joy again, from reconnecting with old friends to digging into some classic festival food.

Finally, Evan finds that he’s won third place in the pumpkin show — and the prize offered is a choice of either ten dollars or a new puppy. I won’t spoil the book’s conclusion here, but the way in which Evan handles that decision is touching and thoughtful, and brings this heartfelt tale to exactly the right conclusion.

This book was awarded a Caldecott Honor for Brian Lies’ outstanding illustrations (Lies both wrote and illustrated this work). I particularly love the gorgeous pictures of Evan’s garden, which is full of rich detail, and the way that Lies uses light, shadow, and subtle facial expressions to convey the depth and range of Evan’s emotions. This story is an age-appropriate introduction to the topics of death and mourning, with the reassuring message that time, nature, and friends can all help us to heal after a loss and, eventually, to rediscover happiness.