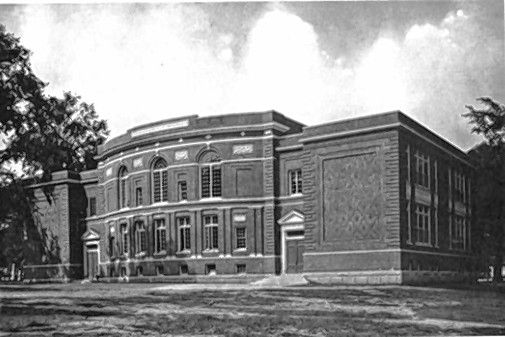 In the year 1910 the Walker School building that we all know from our childhoods was constructed.

The deep history of this location dates back many years before the construction of this beautiful building, the Old North Church and meeting house graced the lot as our ancestors arrived and many decisions were concluded here. Religious services attended, political agendas addressed and a fine institute of learning established. In the steeple of the Old North Church, there was a glorious bell that sounded each day, especially on the day of the sabbath to call the flock of faithful together in worship.

Across the street from the Old North Church, we find the Old North Cemetery and the former location of the Bell School that educated the young children in the north end of Concord. The Bell School was located on the lot that is now inhabited by the Rollins Mansion, later known as the St. Peter’s Rectory.

Our beloved Old North Church and meeting house burned time and again over the years. It was a young Governor Frank Rollins that wrote about the demise of the Old North, citing the flames and valiant efforts by our Concord Fire Department. Rollins eloquently described the flames climbing to the steeple where the bell was housed, as the building burned the bell fell into the ashes below and returned to the molten mass from where it had come.

It was just 110 years ago that the first students attended their studies in the new Walker School, a building that included much planning as well as much history.

With such a historic location our town fathers decided to incorporate a Colonial exterior with safety standards of the day established. The foundations, base course, exterior trimmings and cornices were obtained from local granite on Rattlesnake Hill. The exterior brick was manufactured locally in kilns with the thought of resemblance to “Harvard” brick.

Each floor constructed in 1910 was fireproof and referenced as a combination of hollow tile and concrete. Each classroom has maple floors with the stairs and corridors boasting a patented red flooring. All interior bearing walls are built of brick with partitions being terracota leaving the only portion of the building not entirely fireproof the roof, a wood frame that is covered with pitch and gravel.

The finish in the grand Assembly Hall is a whitewood painted with the balance a fine chestnut stained. Every classroom boasted a teacher closet and a bookcase and the lighting in each room semi-indirect. The original heating system was steam and gravity dispersed.

Our beloved Walker School was constructed at a cost of $74,121 or 17 cents per cubic foot.

There are places we go, creating fond memories where we find comfort to last a lifetime. Walker School is such a place.