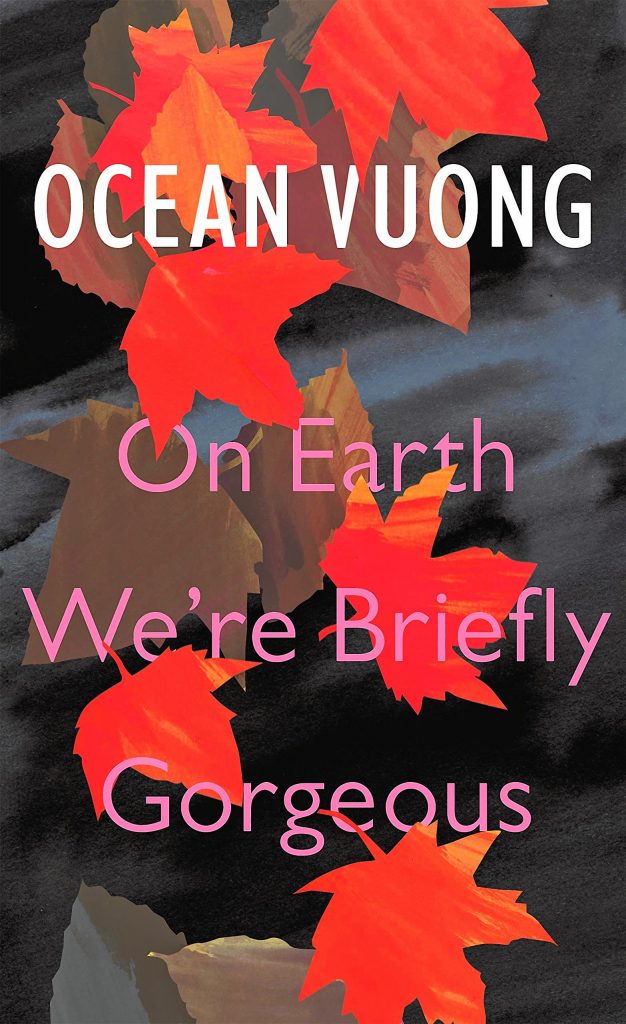 Ocean Vuong’s 2019 debut novel, On Earth We’re Briefly Gorgeous, is at once haunting, heartbreaking, beautiful, and poetical. In fact, it should come to no surprise to readers that Vuong’s previous work was largely poetry; the lyricism with which he paints his characters and their surroundings is striking.

At the same time, the novel reads like a non-linear memoir, with characters and relationships so palpable and fully realized, it was difficult for me to grasp that they were works of fiction. Indeed, many of this story’s plot points closely mirror Vuong’s own biography. Like Vuong, the novel’s narrator, Little Dog, was born in Vietnam to a single mother; fled to a refugee camp in the Philippines; and eventually settled in Hartford, Connecticut. Like Vuong — who describes himself as having been raised by women — Little Dog lives with his maternal grandmother and his mother, piecing together a life in America under the shadows of poverty, physical and emotional abuse, and the specter of the Vietnam War. Like Vuong, Little Dog grows up to become an openly gay writer, having spent his young adulthood reeling from intergenerational trauma, coming to terms with his sexuality, and yearning to be accepted by his family and to fit in with his peers.

On Earth We’re Briefly Gorgeous is an epistolary novel, taking the form of a letter written from Little Dog to his illiterate mother. As Little Dog recalls his childhood and adolescence — particularly his first, ill-fated romantic relationship — he is both affirming his identity, striving for catharsis, and introducing his mother to the parts of his life that she never saw or understood as they happened. At its heart, this is a story about love in all its many forms — romantic, familial, unrequited, unashamed, exploratory, and nostalgic — love that both holds people together and, sometimes, creates immovable barriers between them. “Maybe in the next life we’ll meet each other for the first time,” Little Dog says to his mother, “believing in everything but the harm we’re capable of.” This was one of my favorite reads of 2020, and will stick with me for some time into the future.