Book of the Week: Inspector Gamache back on the case

Home » Articles » Book of the Week: Inspector Gamache back on the case 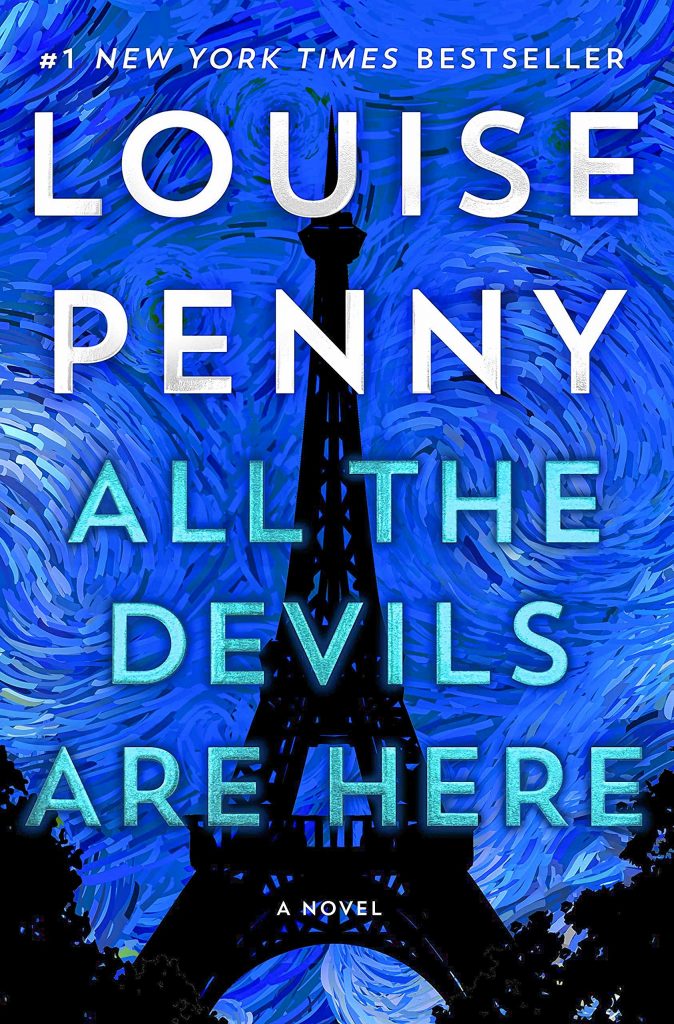 All the Devils are Here

Chief Inspector Armand Gamache of the Sûreté and his wife Reine-Marie travel from their small village of Three Pines in Canada to Paris to visit family. Their daughter Annie is just about to give birth and they want to be there to greet their new granddaughter.

Annie’s husband is Jean-Guy Beauvoir, who was Armand’s second in command for years. Armand and Reine-Marie are also there to visit their son Daniel and his family. When he was a young boy, Daniel drew back and became distant with Armand, and Armand has never been able to find out why.

Armand’s parents died when he was young and he was raised by his godfather, billionaire Stephen Horowitz. Stephen is now 93 and for years has enjoyed more than anything finding out about corporate crimes and exposing them. Stephen says cryptically to Armand that “all the devils are here.”

After a family dinner to celebrate, they are walking away from the restaurant, and Stephen is struck down in the street by a delivery van, a hit and run. Armand saw that the van didn’t even slow down, and knows that it was deliberate – an attempted murder. Stephen is gravely injured and is in a coma, barely hanging onto life.

Armand begins to investigate, even though he has no authority in Paris. But he is an old friend of the head of the Paris police, Prefect Claude Dussault. Then an associate of Stephen’s is murdered in Stephen’s apartment. Stephen had been secretly investigating a corporation for years. And Jean-Guy begins to suspect that the engineering company that he now works for is hiding something, perhaps something that could endanger many lives. There are many twists and turns, and soon Armand is not sure who he can trust, even old friends.

This is a fascinating, roller-coaster ride of a mystery! Eventually, Armand winds up going on a wild search all over the City of Light, trying desperately to discover what the key to the mystery is. Why was Stephen keeping two nickels sealed together, and why was there a small ordinary landscape painting hanging amongst his priceless masterpieces? Armand must find out the truth before it is too late. There are lives at stake.

What devils are there, and where are they hiding? This is another outstanding mystery from Louise Penny, set against the luminous background of Paris!