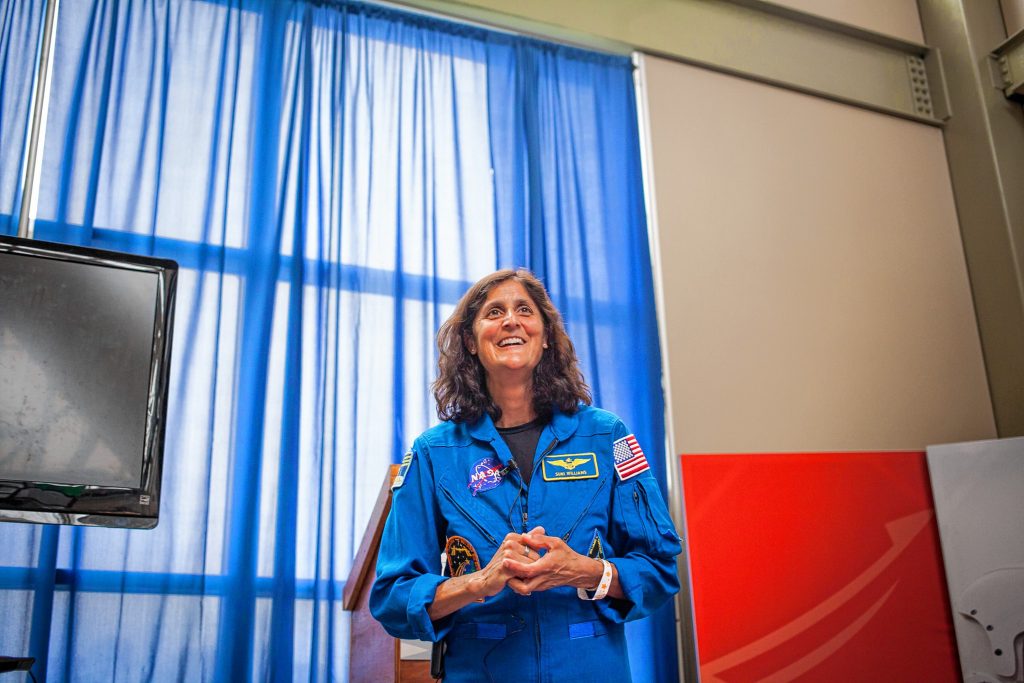 Astronaut Sunita Williams talks about her experiences on the International Space Station during AerospaceFest at the McAuliffe-Shepard Discovery Center in Concord on Saturday, May 7, 2016. (ELIZABETH FRANTZ / Monitor staff) ELIZABETH FRANTZ 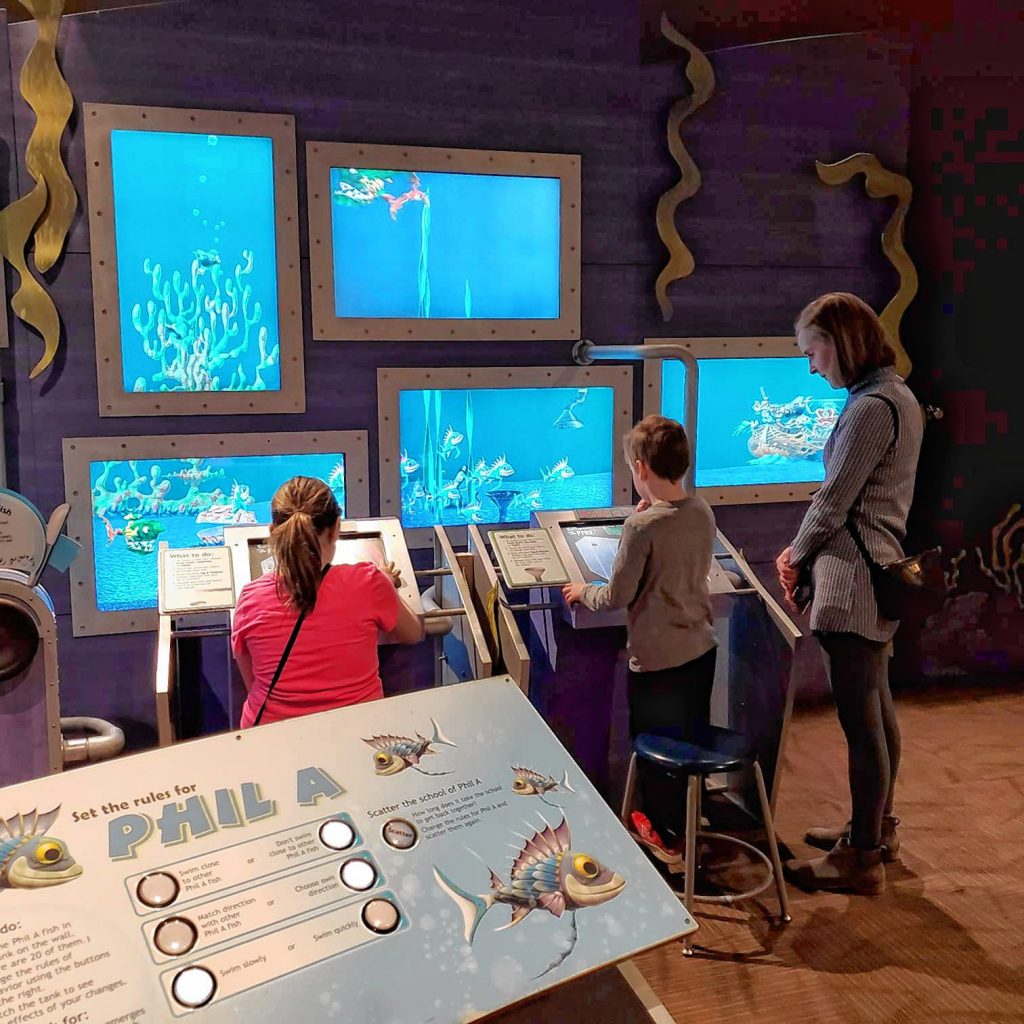 Families use the Virtual Fish Tank at the McAuliffe-Shepard Discovery Center. 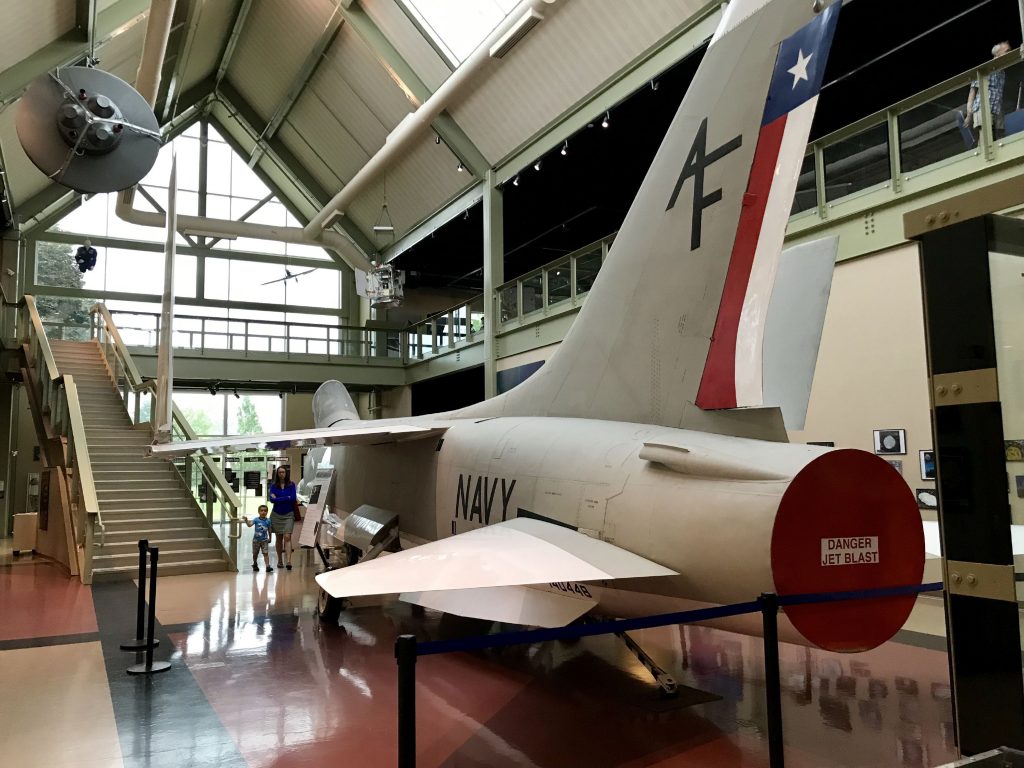 The McAuliffe-Shepard Discovery Center brings visitors up close to objects like this vintage 1956 XF8U-2 Crusader Jet tested by John Glenn and Alan Shepard before being selected by NASA. Greater Concord Chamber of Commerce. 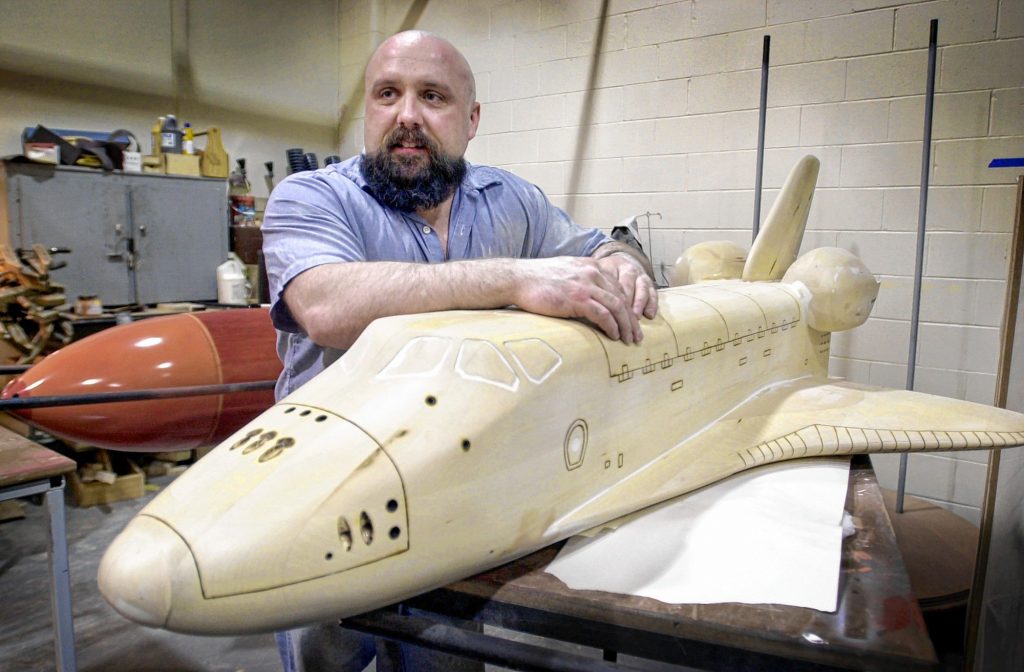 Maine State Prison inmate Rod Whitten takes a break while working on a new a model of the space shuttle Challenger in the prison woodworking shop on May 20, 2004 in Warren, Maine. Whitten's shuttle is to be placed on permanent display at the Christa McAuliffe Planetarium in Concord. AP 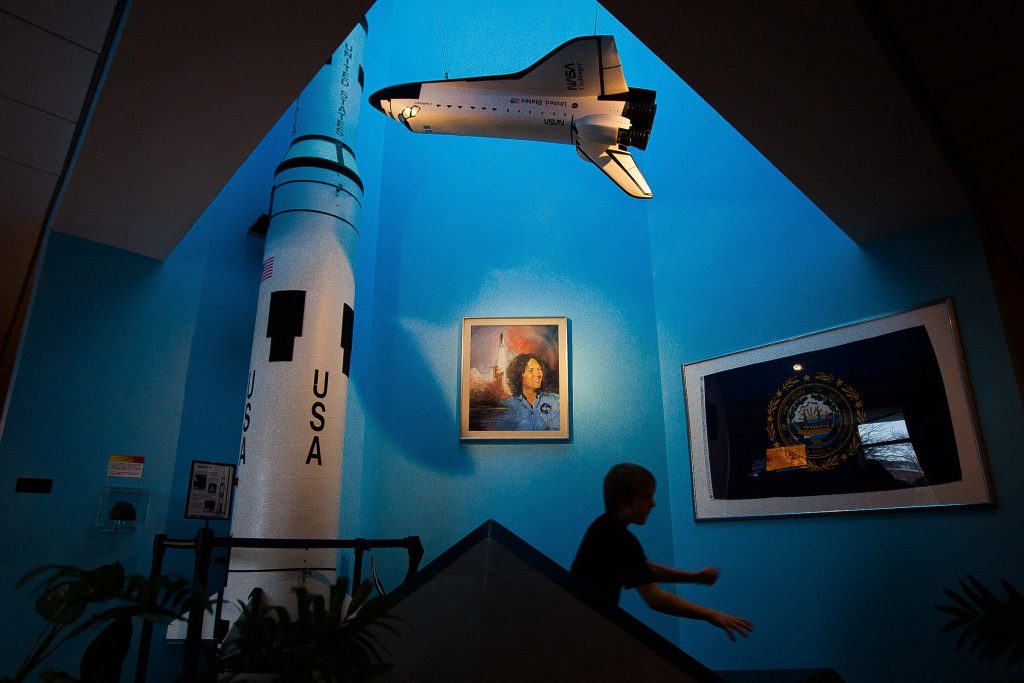 On Sept. 12, from 10:30 a.m. to 4 p.m., the McAuliffe-Shepard Discovery Center will present AerospaceFest, New Hampshire’s annual aerospace festival, with some notable changes.

This year’s festival will be primarily outdoors, providing plenty of opportunity for socially distanced science and engineering fun.  Masks will be required and sanitation stations available. And admission will be free.

On the grounds of the Discovery Center, festival goers will be able to engage in astronomy, engineering and other STEM activities with Center staff, volunteers and members of the New Hampshire Astronomical Society, Belmont High School Astronomy Club, VEX Robotics Team, Robotics Team Morpheus, Concord Robotics Team and Girl Scouts of the Green and White Mountains.

Bob Veilleux, Christa McAuliffe’s back-up for NASA’s Teacher-in-Space Program and a longtime science and math teacher at Manchester Central High School, will present this year’s Alex Higgins Memorial Space Camp Scholarship Awards to three lucky New Hampshire students. And the Discovery Center will premiere its newest planetarium show, Beyond the Sun, in which a young girl explores the universe, learning about the search for extra-solar planets, along with a special Tonight’s Sky featuring late summer/early autumn constellations.