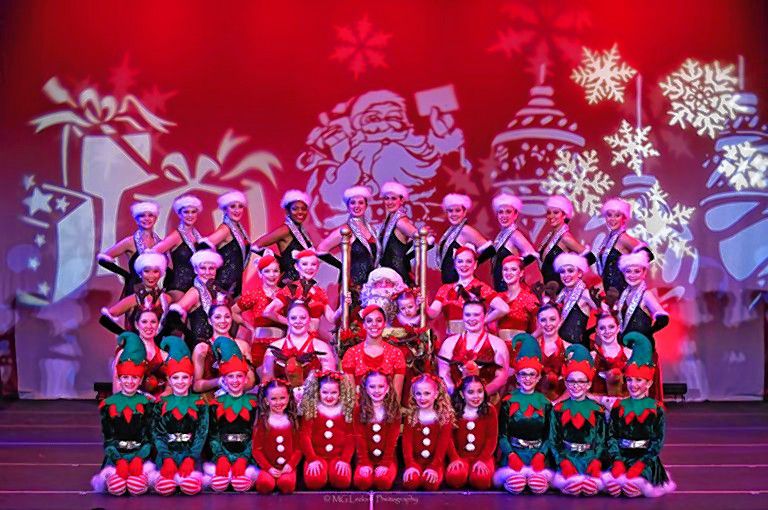 If you’re in search of a family-oriented holiday show with more variety than pretty much anything else, there’s only one show for you: Concord Dance Academy’s Holiday Spectacular, which will have three performances this weekend.

Every year around this time, Cindy Flanagan’s Concord Dance Academy sets up shop at the Concord City Auditorium to put on what could very well be the biggest production in Concord. The show consists of a wide variety of styles of dance and a collection of holiday songs, all meant to both show off the skills of the dancers and get everyone in the mood for the holidays.

“You know what the best part is? It’s an hour and 14 minutes,” Flanagan said.

That short run time should make this show appealing for little kids with short attention spans – no kid wants to sit through a 2-hour performance plus a half-hour intermission. It’s also nice for the older crowd who might not enjoy sitting in a crowded theater for hours on end.

The run time is also impressive given the size and scale of the performance. The Holiday Spectacular features more than 300 performers. The cast is so big that the Audi’s modest dressing rooms and backstage area can’t fit everyone. To handle the huge crowd of performers, the adjacent Green Street Community Center will be used as an overflow dressing room/backstage area.

While a cast of 300 may seem a tad bit excessive, there’s a reason for it.

“That way everyone has a chance to be in the show,” Flanagan said.

The collection of performers is as varied as the content of the show. The youngest performers are 2 years old, and the oldest ones are about 40. To make it easier on the littlest ones, cast members will be rotated in and out, such that the youngest kids will only do one show rather than all three.

Every year new elements are added to the show, while still retaining some staples that have always gone over well, including the signature kick line. The result is a different show every year, with some classic pieces that keep the continuity.

There’s more to the Holiday Spectacular than just the performance, although the performance is the main attraction. There is also a family baked goods sale, a 50/50 raffle and free pictures with Santa with the donation of a food item, which goes to the St. Paul’s Church food pantry.

For Flanagan, there’s a personal reason she donates to the Friends of the City Auditorium.

In an effort to keep the costs down for the performers, costumes are rented rather than purchased. There are about 50 different costumes in all, Flanagan said.

The show wouldn’t be possible without some help – actually, lots of help.

“It takes about 60 parents volunteering to make this all work,” Flanagan said.

The performances – to be held Saturday at 1 and 6 p.m. and Sunday at 1 p.m. – will be recorded to be made into a DVD, which will be available some time shortly after the end of the shows. Order forms for DVDs will be available at the show, and the DVDs can be mailed or picked up in person.

Tickets are $20 each, with assigned seating, and can be purchsed at tututix.com. There’s a link to ticket sales on Concord Dance Academy’s website, concorddanceacademy.com. Online ticket sales are expected to shut down this Wednesday, but if you don’t get a chance to get them online, about 75 tickets are always reserved for in-person sales right at the Audi box office. For more info, contact the academy at 226-0200 or visit the website.