14th annual Taste of NH was an epic, all-you-can-eat smorgasbord 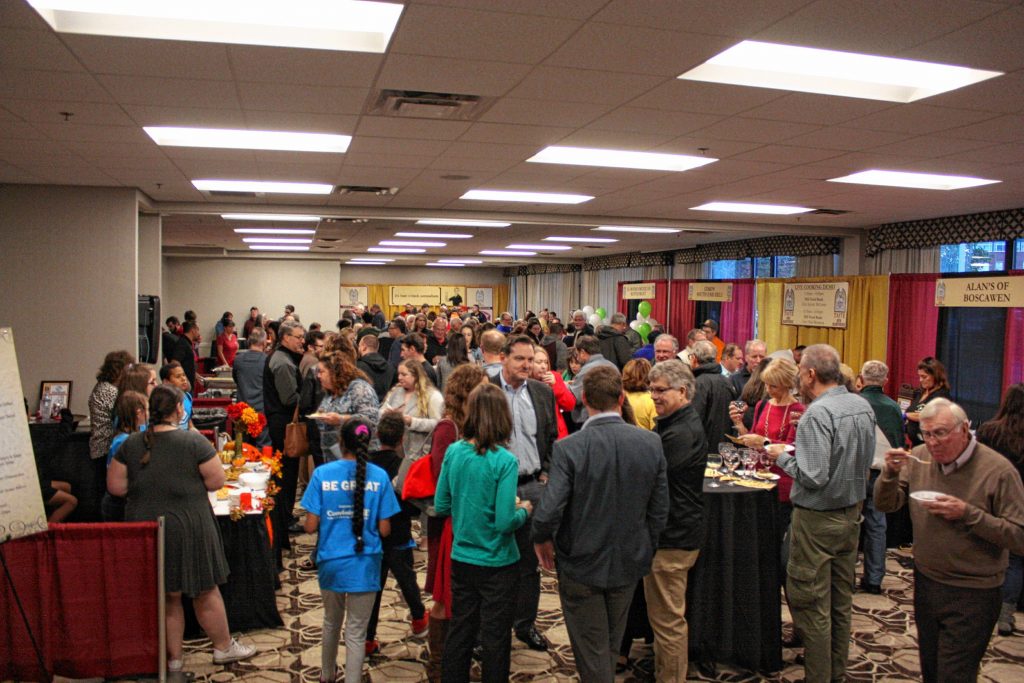 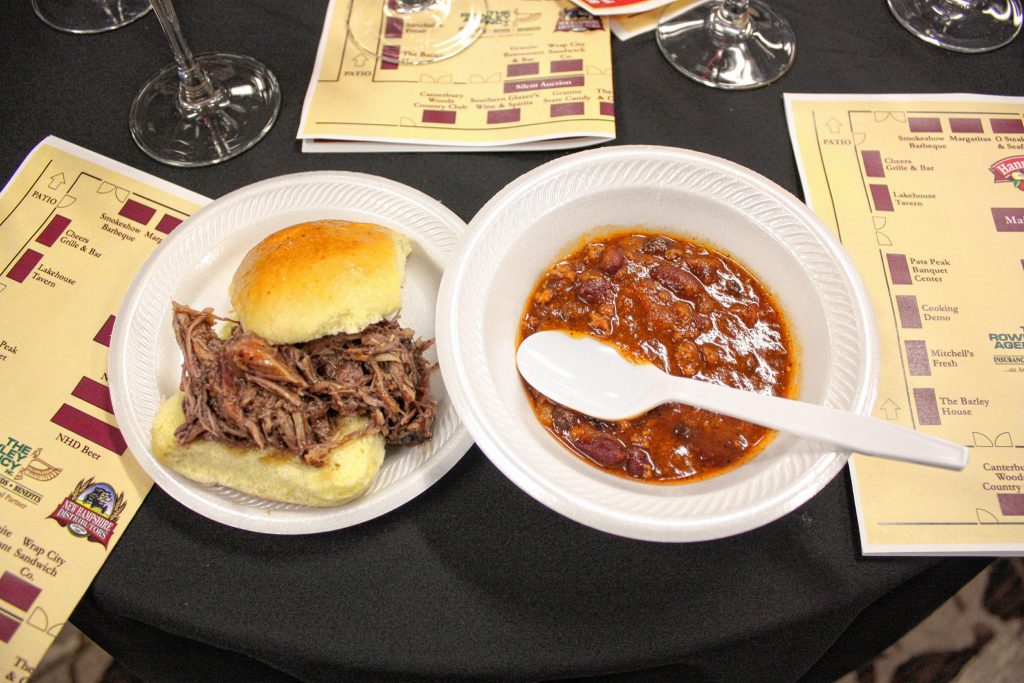 A pulled-pork slider with a bowl of buffalo chili from the Hungry Buffalo. JON BODELL / Insider staff 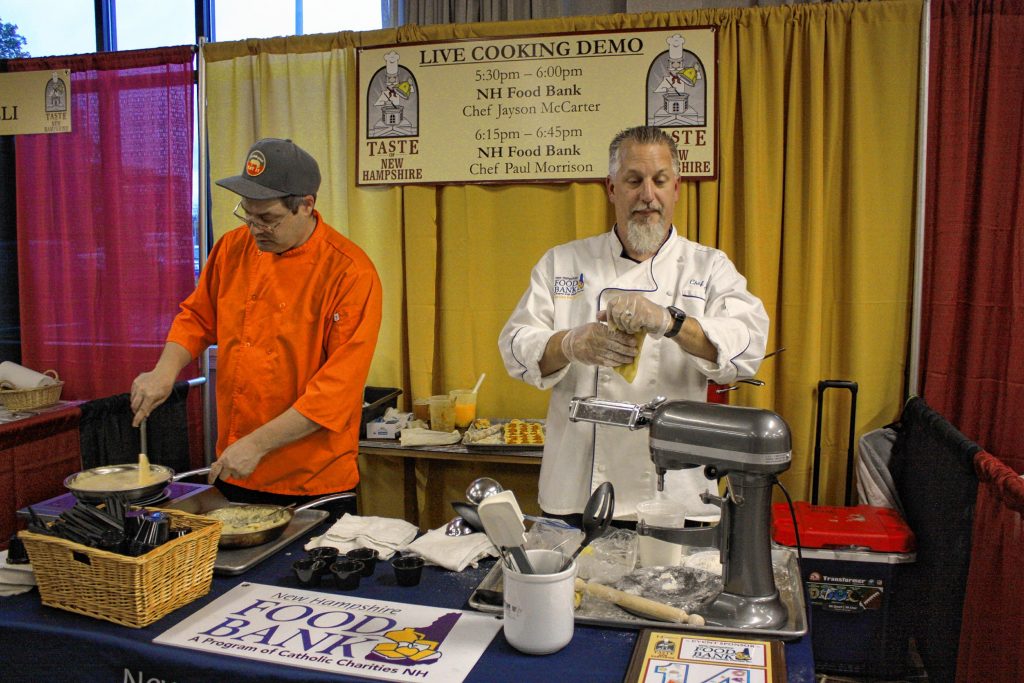 Jayson McCarter (right) and Paul Morrison with the New Hampshire Food Bank prepare some risotto as part of their live cooking demo at the 14th annual Taste of New Hampshire at the Grappone Conference Center in Concord on Thursday, Oct. 17, 2019. JON BODELL / Insider staff 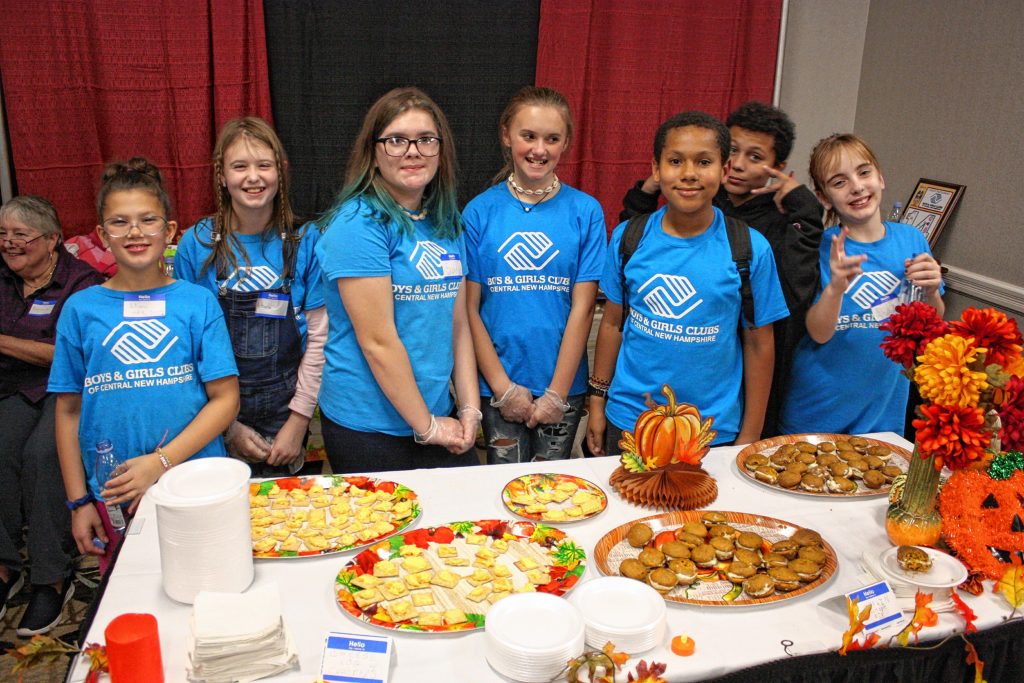 From left: Liliana Ketcham, Victoria Brown, Sadie Sullivan, Layla Young, Marcus Day, Michael Day and Amelia Richner, all with the Boys & Girls Club of Concord, man their table of pumpkin whoopie pies they made at the 14th annual Taste of New Hampshire at the Grappone Conference Center in Concord on Thursday, Oct. 17, 2019. JON BODELL / Insider staff 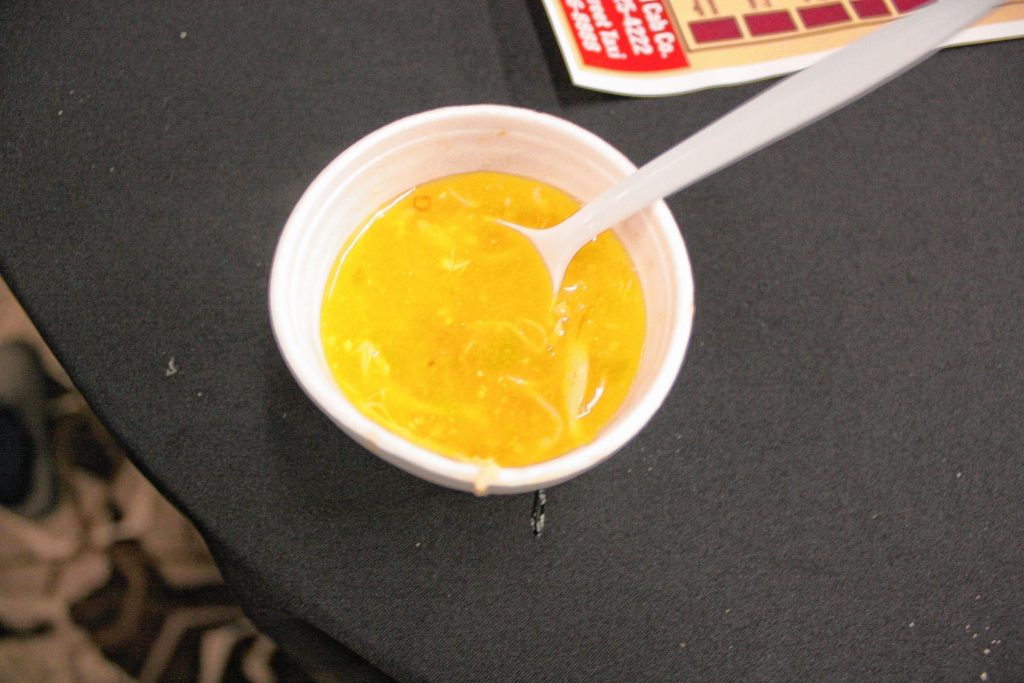 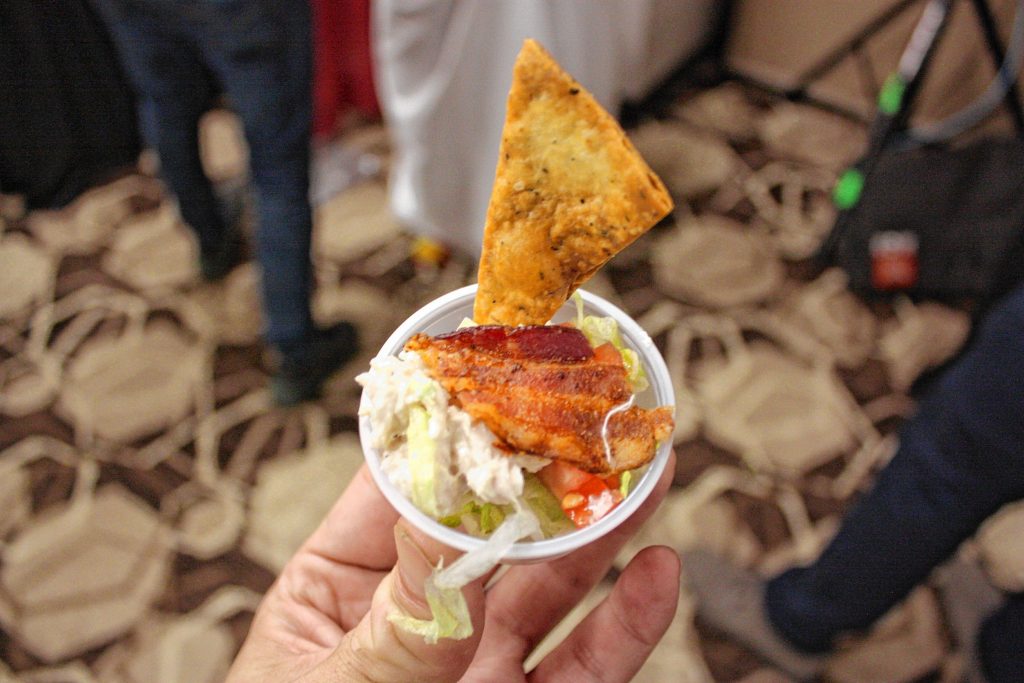 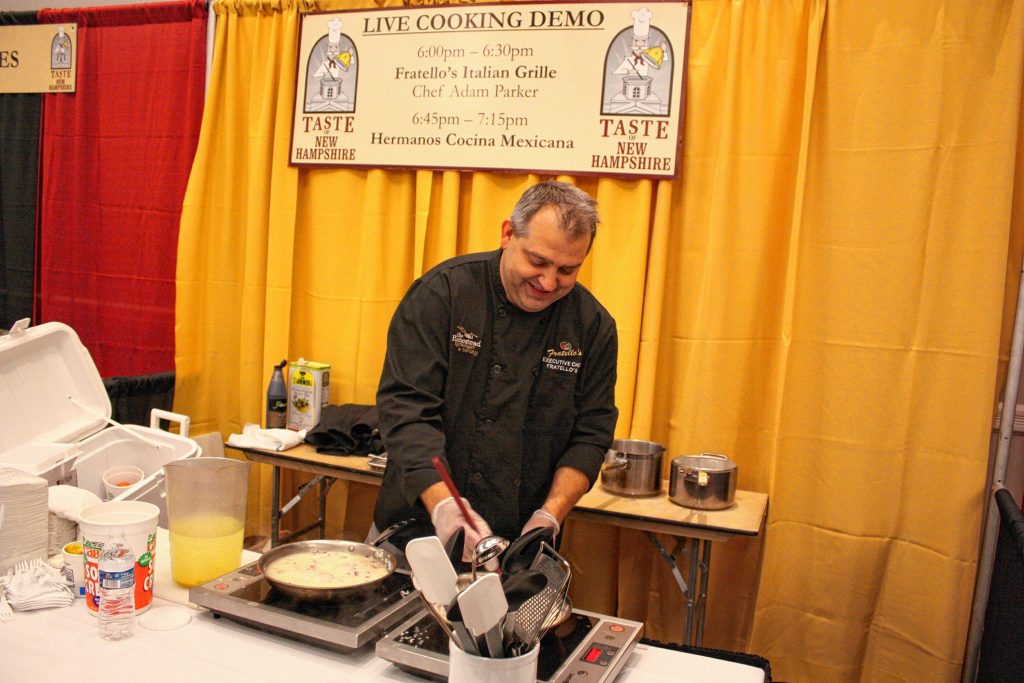 Adam Parker, corporate chef with Fratello's Italian Grille, whips up some risotto as part of his live cooking demonstration at the 14th annual Taste of New Hampshire at the Grappone Conference Center in Concord on Thursday, Oct. 17, 2019. JON BODELL / Insider staff 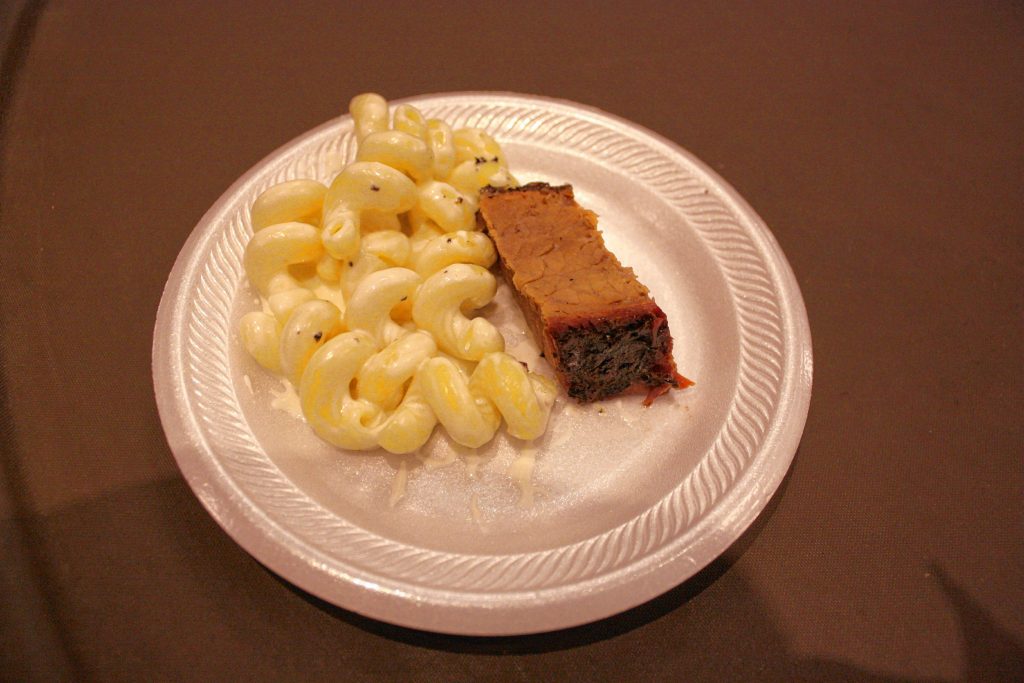 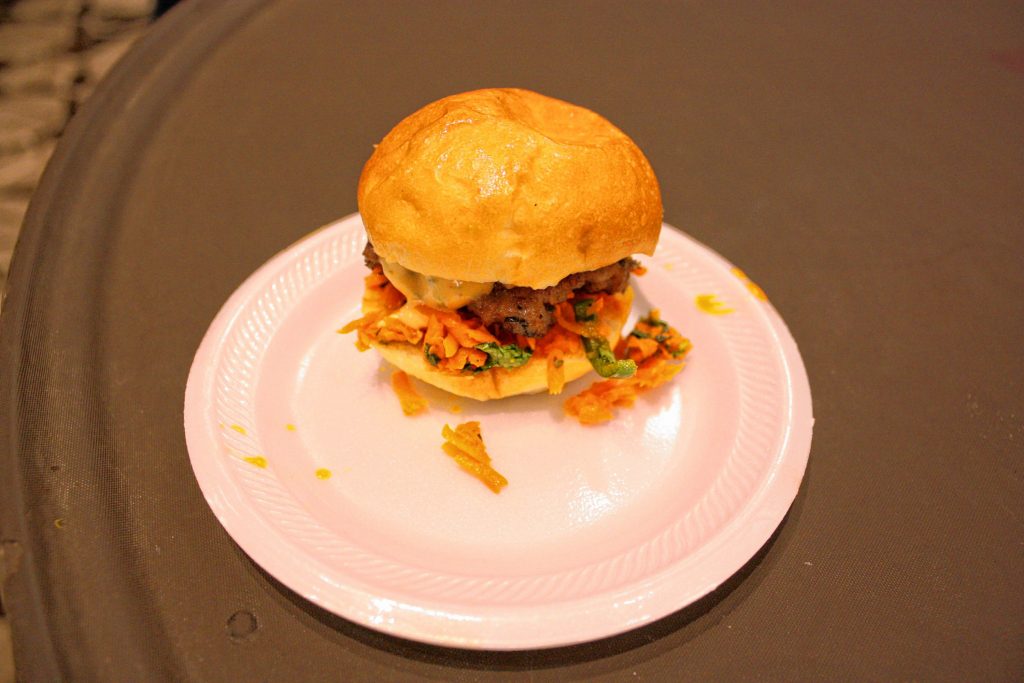 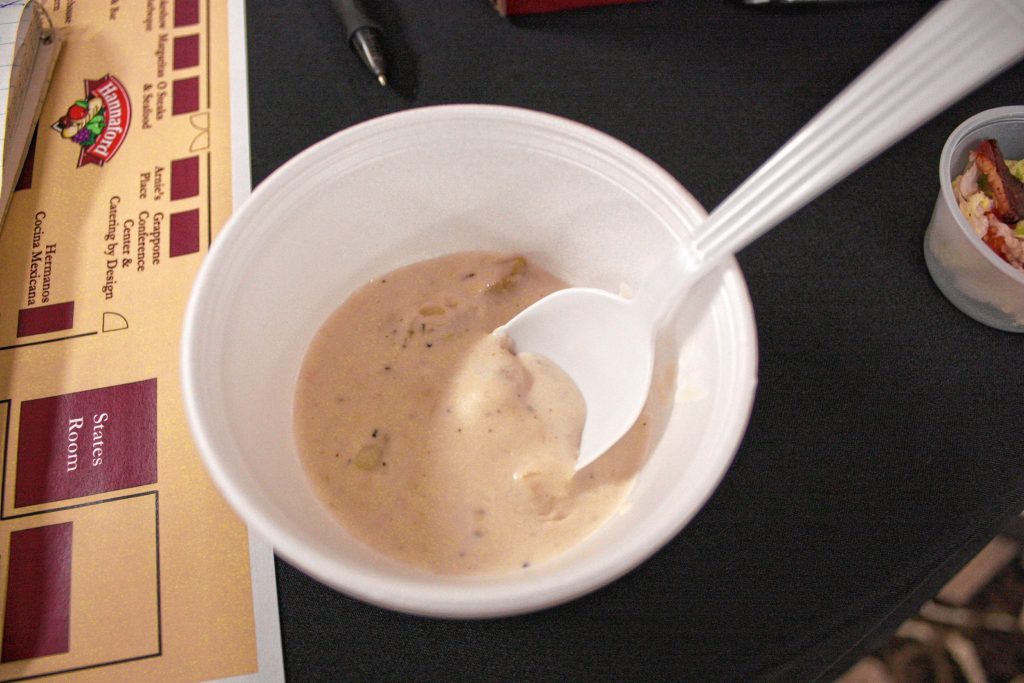 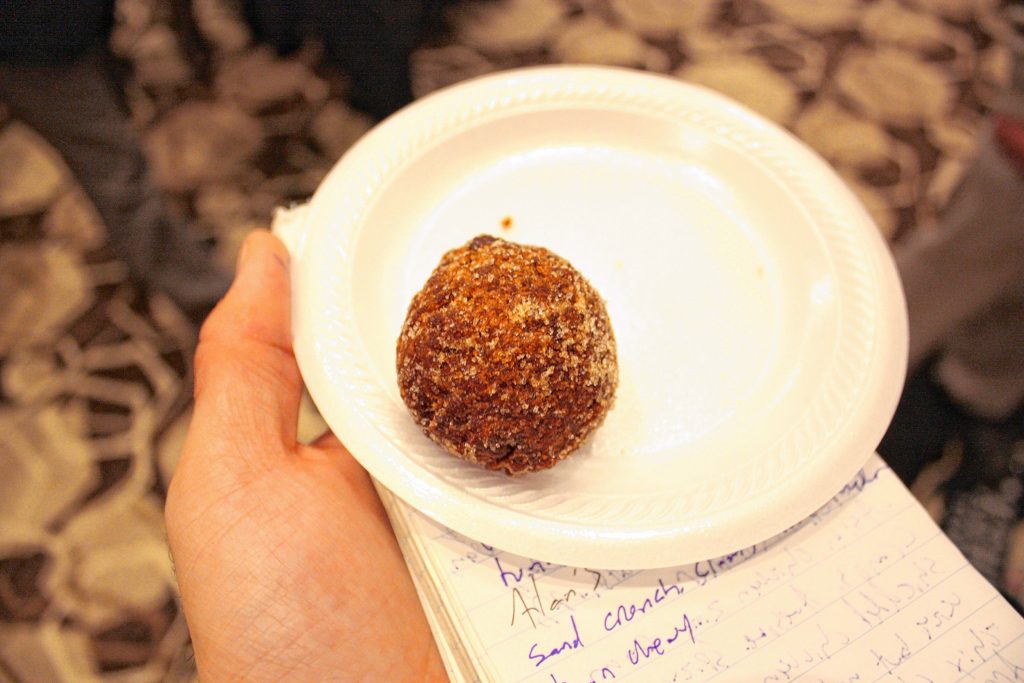 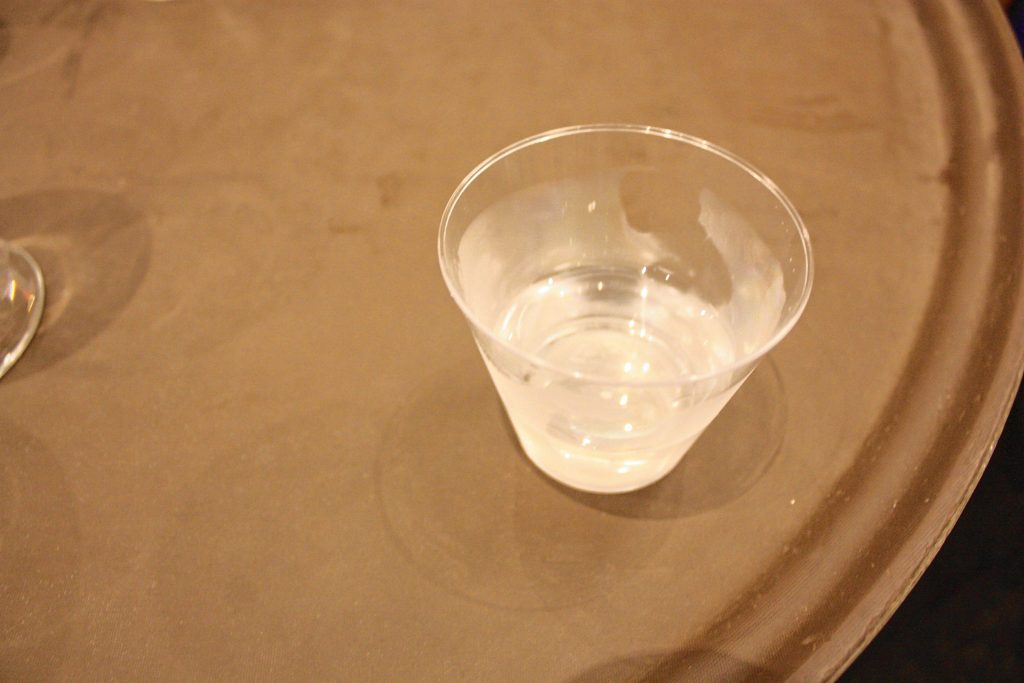 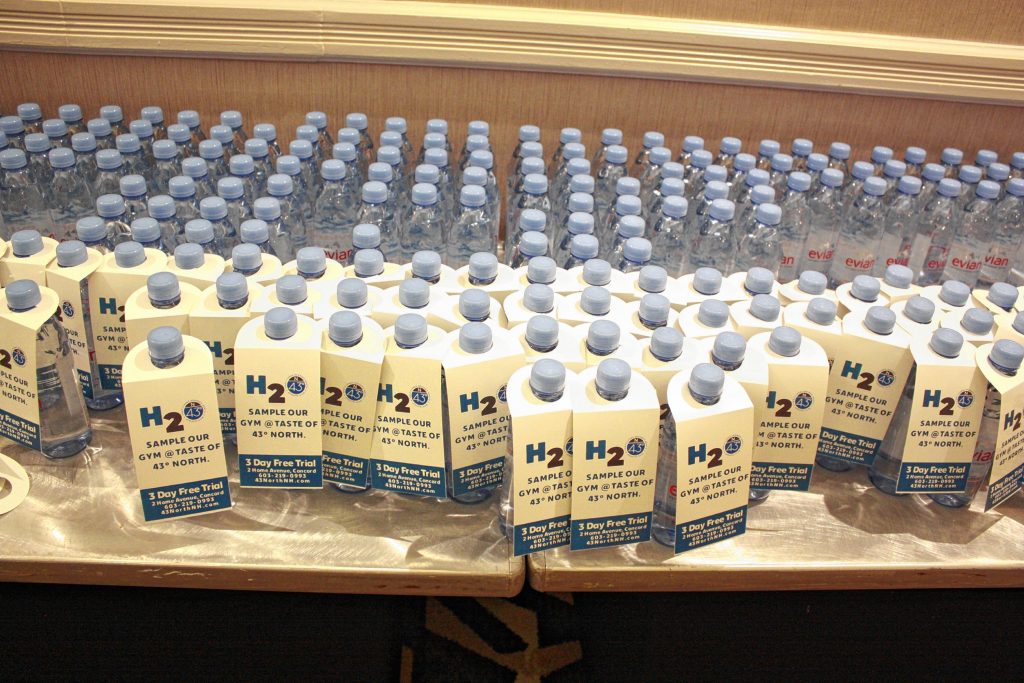 When you get an opportunity to attend an all-you-can-eat event featuring more than 30 restaurants serving up some of their best dishes, you take that opportunity every time. That’s exactly what this Insider did last week when the 14th annual Taste of New Hampshire came to the Grappone Conference Center on Thursday.

Formerly known as Taste of Concord, the Taste of New Hampshire is a showcase of dozens of local restaurants serving small bites to the masses. It all benefits the Boys & Girls Clubs of Central New Hampshire, and it’s one of the best events on the city’s annual calendar.

The Boys & Girls Club, founded by the Concord Police Association in 1944, has evolved from a recreation-based facility to a one-stop-shop for a variety of services, from homework assistance and fine art instruction to leadership development and mentoring. It’s meant to be a safe, welcoming environment for kids who might otherwise be home alone or, worse, on the streets. The Taste of NH event goes a long way toward helping that cause.

Since the event just happened last Thursday, it’s too late for you to go. However, the vast majority of the businesses represented are based in Concord or one of the surrounding towns, and we did the dirty work of trying as many dishes as we could to pass along the results to you. You can take notes and prepare for next year’s Taste of NH, or you could just use this information to decide what you might have for lunch or dinner today from any of the 30-plus restaurants featured at the event.

The Hungry Buffalo in Loudon showed up with some pulled-pork sliders and buffalo chili (that’s buffalo meat, not buffalo chicken). The restaurant known for offering exotic items such as gator bites, quail and wild boar chose to keep things a little more traditional for this event, and it was a solid choice.

The slider was mildly sweet and about medium moist. It was easy to eat and wasn’t remotely messy. The chili tasted like pretty standard chili – it was neither very spicy nor very sweet. The buffalo meat was flavorful and rich, and didn’t taste that different from beef when mixed in with all the other chili ingredients.

Cimo’s is always at events like this, and for good reason – the little country store in the South End makes some great food. They were serving a few types of soup, and we chose the Asian Chicken Zing variety.

Asian Chicken Zing made its debut at SouperFest earlier this year, and since it was such a smash hit, Cimo’s brought it back for Taste of NH. Folks, this stuff is awesome, there’s just no other way to say it. The cup was loaded with big pieces of pulled chicken, as well as little pieces of diced veggies. It definitely packed a spicy punch, but not so intense as to make it unenjoyable. In fact, there was even a little hint of sweetness in there that really balanced everything out. This little cup of soup was one of the highlights of the night.

The Red Arrow Diner has a huge menu, so choosing what to show off at this event must have been tough. They ended up serving chicken salad BLT bites, and that was an excellent choice.

The little cup featured some chicken salad on a bed of lettuce and tomato with a big chunk of thick, crispy bacon on top. A tortilla chip completed the ensemble and acted as an edible spoon.

This was a cup of deliciousness. The bacon was very hearty and tasty, and it played very well with the chicken salad, which had some crunch from bits of celery and some herbal spicy notes that tasted like green onion. The only downside was that it was gone in about two bites.

O’s might be known for their seafood, but for the Taste of NH they went with some tried and true, crowd-pleasing classics – mac and cheese with beef brisket.

The pasta was the thick, twirly kind (I’m not great with pasta terminology) and it was smothered in gooey, melty cheese. This stuff puts the Kraft variety to shame (sorry, Kraft – we still love you!). The brisket was crazy tender – it effortlessly broke apart with a plastic fork. While it wasn’t dripping with juices, the beef was still very tender and rich in flavor, and it paired well with the super-cheesy mac and cheese. If you’ve never tried either of these items from O’s before, you owe it to yourself to give it a go.

The Lakehouse Tavern was one the restaurants at Taste of NH that we hadn’t tried before, so we made a point of testing out their banh mi burger. The burger was made with fresh ground pork seasoned with basil, onion, garlic, Sriracha sauce and sesame oil, served on a bun with julienne carrots, jalapenos, cilantro and chili mayo.

For some reason, this little sandwich had a distinctly sushi vibe. The spicy mayo tasted just like what you’d have on a spicy tuna roll, and it even smelled like sushi. This had a fascinating flavor, with each one of the ingredients standing out and making its presence known.

Alan’s of Boscawen had a few items to try, but we went with the clam chowder, a New England staple. This particular cup unfortunately had a layer of that skin that develops after the chowder cools a little, but a quick stir solved that problem.

This was a pretty standard cup o’ chowdah. The clam pieces were about medium sized, and closer to tender than chewy. There was a bit of that sandy crunch you sometimes get with certain seafoods, but it didn’t distract from the chowder.

Cheers went with a dessert option for this event, in the form of pumpkin donuts. They called them donuts, but most of us would call these Munchkins. The little sweets had a crispy outside, adding some surprising and welcomed texture to an otherwise soft ball of fried dough. There was ample sugar and cinnamon on the outside, and the inside was soft, rich and pumpkin orange. It made for a nice shot of sweetness in a night dominated by savory and spicy flavors.

Last, but certainly not least, we weren’t about to leave the Taste of NH without trying a beverage, specifically an adult beverage.

There was so many options to choose from, ranging from craft beer to wine to alcoholic water and everything in between. Having never heard of Noca, a spiked still water (as opposed to sparkling), we got a cup of that in the watermelon lime flavor. It was very sweet, like a Jolly Rancher, and very sneaky. It was hard to tell there was alcohol in it, and it went down so smooth. This would be a good drink for a hot summer day.

All in all, it was another successful night of chowing down at the 14th annual Taste of New Hampshire.