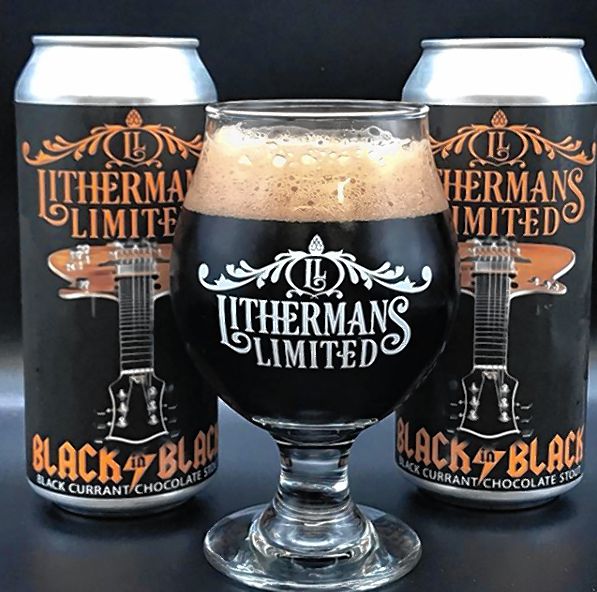 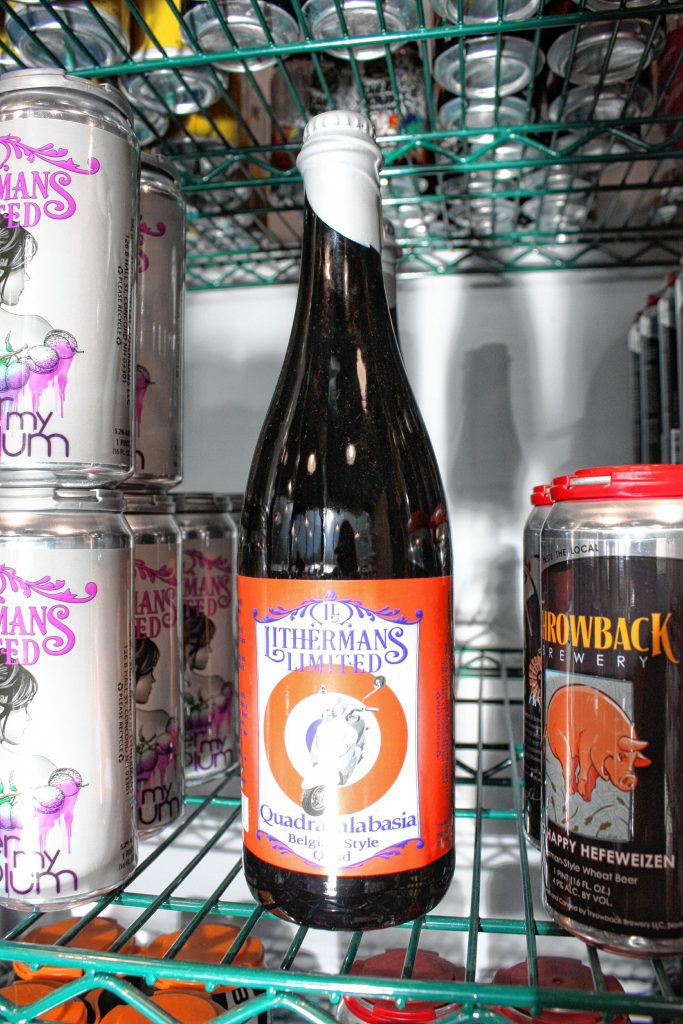 This year's batch of Quadracalabasia by Lithermans Limited hasn't hit the shelves yet, but you can still find some bottles from last year's brew at Locak Baskit. This type of beer ages extremely well, and you may actually prefer an older bottle. JON BODELL / Insider staff

The music-loving guys over at Lithermans Limited are always up to something – one could say there’s always something brewing – and it’s no different right now as we enter fall.

The Hall Street brewery just released Black in Black, a chocolate stout made with black currant and cacao beans from Ecuador. A drink like this would traditionally be served with a little cup of black currant syrup that the consumer would add to his or her beer. Basically, they’d bring you out a regular stout and you’d add as much or as little syrup as you wanted.

“We included it in the fermentation so there’s not so much sweetness but still a ton of black currant flavor,” said Michael Hauptly-Pierce, one of the owners at Lithermans.

Black in Black was just released last week, and it’s currently only available at the brewery. Hauptly-Pierce said they try not to do too many brewery-only beers, but this happens to be one of them, so if you want to try it you’ll have to get over there and give it a go.

There are a few other seasonal beers in the works that will be released in the very near future. First and foremost is the Quadracalabasia, a Belgian-style quad. Unlike most breweries that offer a pumpkin-flavored fall beer, the Quadracalabasia doesn’t feature any pumpkin spice. The truth is, most things sold as pumpkin spice or just pumpkin flavored – from coffee to beer – contain no pumpkin whatsoever. Most of these products really just feature the spices that accompany pumpkin – basically a seasoning packet from a do-it-yourself pumpkin pie. With Quadracalabasia, they use actual pumpkins, and New Hampshire-grown pumpkins, at that, to flavor the beverage. In fact, last year’s batch was made using Concord pumpkins and many pounds of graham crackers.

The quad checks in at 10.5 percent alcohol by volume and is sold exclusively in 500 milliliter bottles, which makes for a very presentable gift. The smooth and moderately sweet flavor of this beer, paired with the high alcohol content, means it has a tendency to really sneak up on you, meaning you’ll want to be careful with it. It isn’t out yet, but look for it on select shelves, as well as at the brewery, around Halloween.

Another seasonal libation that’s on its way is Kashmir, a Belgian tripel. This is a very interesting beer in that it’s a Belgian tripel – a strong pale ale of sorts – made with saffron and bee pollen. Saffron is essentially the most expensive food item (it’s a spice) in the world, typically retailing for more than $500 an ounce, so you’ll only really see this in special brews such as the Kashmir. As for the bee pollen, it all comes from one hive in New Hampshire, owned by the owner of Bert’s Better Beers in Hooksett. The combination of the pollen and the saffron creates a honey-like flavor that you actually can’t get by using real honey, Hauptly-Pierce said. Look for this one around Halloween, too.

Looking a bit farther down the road, Lithermans is planning a special release for Thanksgiving, too. The as-yet-unnamed beer will be a cranberry gose, and it ought to pair very well with pretty much anything you’re eating or drinking on or around Thanksgiving.

They will also be bringing back Cosmic Baker, the fruitcake sour ale with the psychedelic can. If fruitcake isn’t really your thing (is fruitcake really anyone’s thing?), don’t worry, because this beer doesn’t taste much like the hard, weird Christmas treat and goes down more like a traditional sour.

There’s no firm release date for the cranberry gose or the Cosmic Baker yet, but check lithermans.beer in the coming weeks for updates.