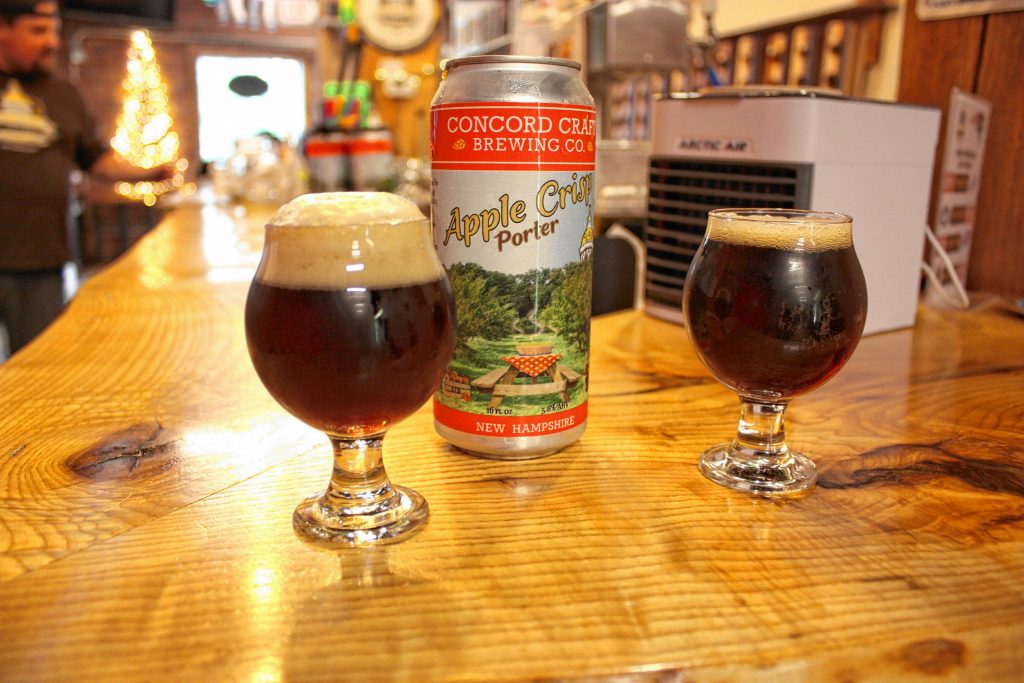 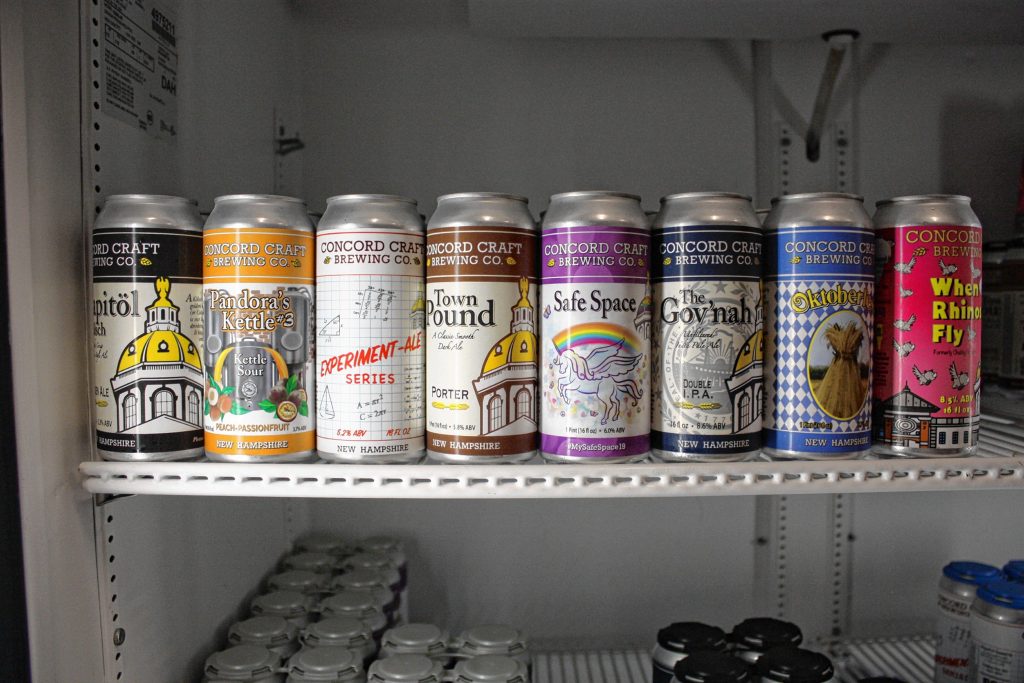 Concord Craft Brewing's full lineup of beers is available in cans at the brewery, including the Oktoberfest marzen-style lager (second from right). JON BODELL / Insider staff

At Concord Craft Brewing Co. on Storrs Street, they didn’t get the whole you-must-make-everything-pumpkin memo. Instead, the brewery has a pair of fall seasonals that you won’t find elsewhere (unless, of course, you go to one of the many places Concord Craft distributes to) – Apple Crisp Porter and Oktoberfest.

The Apple Crisp Porter was just released at the end of last week, and it’s the only apple crisp variety of beer we found anywhere in the city while browsing for things for this issue. Usually when you hear of an alcoholic beverage with an apple flavor, you think of something light, like a cider or even something like Redd’s Apple Ale, an apple-flavored beer. Instead, what Concord Craft has done is spun that apple theme into a dark, rich porter that’s perfect for this time of year.

The Apple Crisp Porter is made with fresh apples from Gould Hill Farm in Contoocook – Contoocook Cider Company also uses Gould Hill’s apples to make its hard ciders. It starts with Concord Craft’s standard porter recipe, then the apples are added in the mash along with oats and spices and real graham cracker pieces. The result is a slightly sweet, toasty, malty, ever so slightly spicy porter that goes down very smooth. You’ll notice the apples more in the smell than the taste, unless you have really exceptional tastebuds. The apple flavor is much more subtle than you might expect, which really just means it doesn’t get in the way of the overall experience of drinking it. At 5.8 percent alcohol by volume, it’s not so strong that you won’t be able to finish one, but it’s certainly more potent than some apple-flavored light beer.

Concord Craft also just released its Oktoberfest, a Marzen-style, German variety lager the brewery has released for the last few years now. Traditionally, German brewers would concoct this style of beer in March and let it sit until about October (“Marzen” means “March,” apparently), but Concord Craft doesn’t exactly have that kind of time, or storage space, so theirs sits for only a few weeks before being served.

This is also the biggest batch of Oktoberfest the brewery has ever made. In each of the past few years, they have made smaller batches, not wanting to waste dozens or even hundreds of gallons of a seasonal beer. The response was so positive, however, that they decided to go all out this year and make a full batch. There should be enough on hand this year to last longer than it may have in years past – and that’s a good thing.

Apart from the fall brews, we have a bit of top-secret Concord Craft news to leak – the brewery will soon be releasing another batch of Wicked Safe Space. This beer is the brewery’s flagship Safe Space New England IPA infused with peaches and mango. Given the popularity of Safe Space, this one will likely fly off the shelves and out of the taps, so don’t wait around. While we don’t have an exact date for you, look for Wicked Safe Space in the next week or two, tops.