The Yogi: Tom Waits, yoga and the car salesman 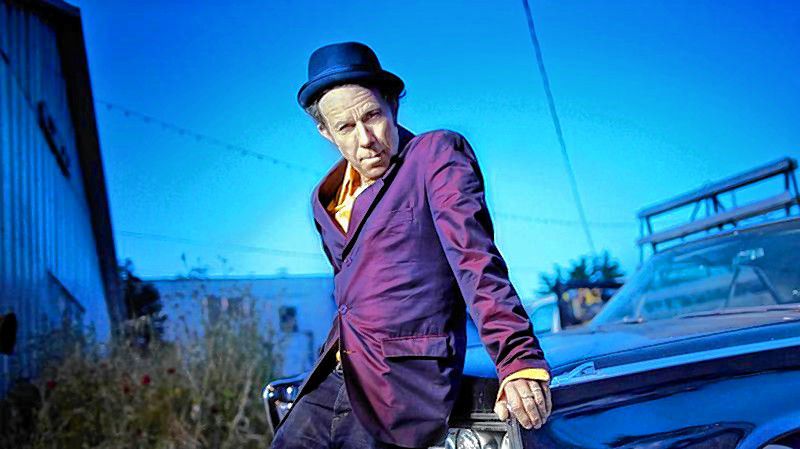 “How you do anything is how you do everything.”

Ever heard that one before? I always attributed it to the great Tom Waits, the eclectic singer-songwriter, carnival barker and modern-day troubadour. The quote has been used, re-used and tossed around so much that I’m not sure where it originated. Since I’m a musician, and fond of Tom Waits, I’ll let the phrase linger with him.

It’s been used by authors, accountants, coaches and con-artists. It’s been dissected and discussed by philosophers and poets, parents and presidents. And it’s true in yoga class.

We come to yoga class to get fit. To relax. To escape. We “jump around on the mat” to unplug from the digital world. To plug into our bodies. We practice to get away from people, and to be with people. Why you come doesn’t matter much. It’s a start. What matters is what happens once you show up.

A new student showed up at the studio a few Mondays ago. He told me he had some experience with yoga, but had never practiced in a hot room before. He was dressed in a suit and tie, and had a well-worn gym bag loaded with his stuff. He was pretty fired up to get started. I like to get to know folks a little before their first class, so I showed him around and introduced him to a couple of fellow students. I asked him what brought him in. “My back is killing me,” he said. “Can you fix that?” I told him that I was not a doctor, or a mechanic, but that if he was looking to heal his aching back, he’d come to the right place.

We always start our yoga classes with a breathing exercise, and move into our series of 26 postures. My new friend is huffing and puffing along. There is no lack of effort in this man. At the first break, I offer him a little encouragement and a smile, and ask him how he is doing. He gives me a thumbs up. He persevered. He tried everything. His breathing was a little like a freight train, and he worked hard. After class, I asked him how he liked it. “Ask me again tomorrow,” he said.

Over the last few weeks, my new friend, the yoga student, has returned several times. At the end of his first week of classes, I asked him what kind of job he had. “I sell cars,” he said.

I do love getting to know our students. Those three words told me a lot about what I was noticing in his yoga practice. He was trying to sell a car in every posture. He was using every moment to seal the deal. “How we do anything is how we do everything.” As I remember this conversation, I’m reminded again of the words of Tom Waits: “It’s very hard to stop doing things you’re used to doing. You almost have to dismantle yourself and scatter it all around, put a blindfold on, and put it back together so that you avoid old habits.”

My new friend, the yoga student, is still coming to the studio. We haven’t talked about sales figures yet, but I’m confident he sells a lot of cars. He says his back feels better than it has in years, and though his schedule allows him only a couple of classes per week, he says he’s “working on coming more often.” And now that he’s got a few yoga classes in, he’s tried one of our Pilates classes as well. He still breathes a little like a freight train. He still tries very hard in class. And he keeps on showing up. Though I did notice that he comes in with his tie loose now.

All yoga is noticing. The rest is just stuff. You may come to heal that aching back of yours. You may come because you heard it was good for you, or because your friend dragged you in. You may practice to get away from the white noise of life for a while. Start on your mat, and move a few body parts. Do it over and over again, and notice yourself. An hour on your yoga mat will tell you a lot about the other 23 hours of your day.

Keep coming to yoga, my new friend. And if you’re reading this, and thinking about giving it a try, here are a few more words from the musical career of Tom Waits:

“Everything you can think of is true.” And “The Universe is making music all the time.”

Listen a little, and sing your own song.