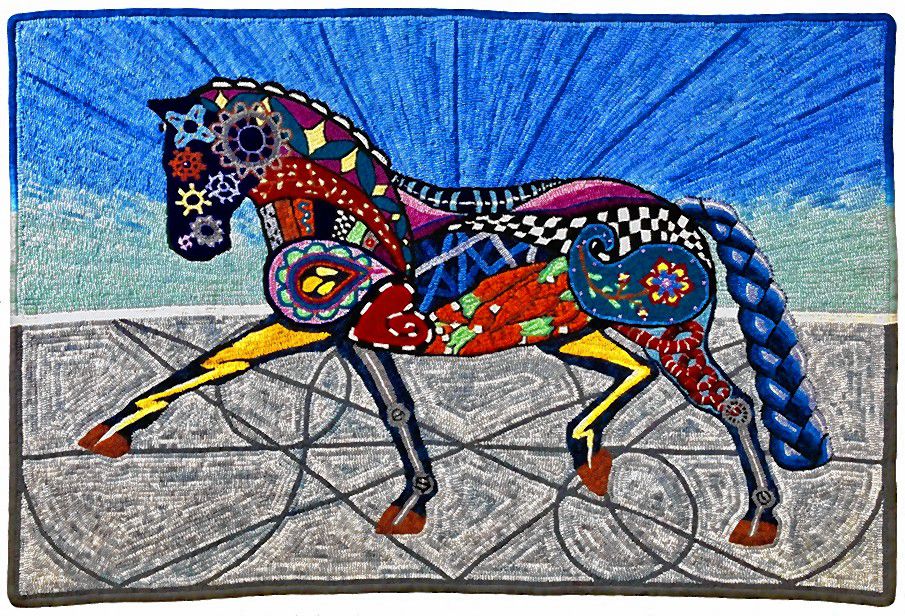 This depiction of a horse by Nancy Qualls of Hooksett will be on display at the League of NH Craftsmen headquarters in downtown Concord from June 20 to Sept. 13. Courtesy of League of N.H. Craftsmen 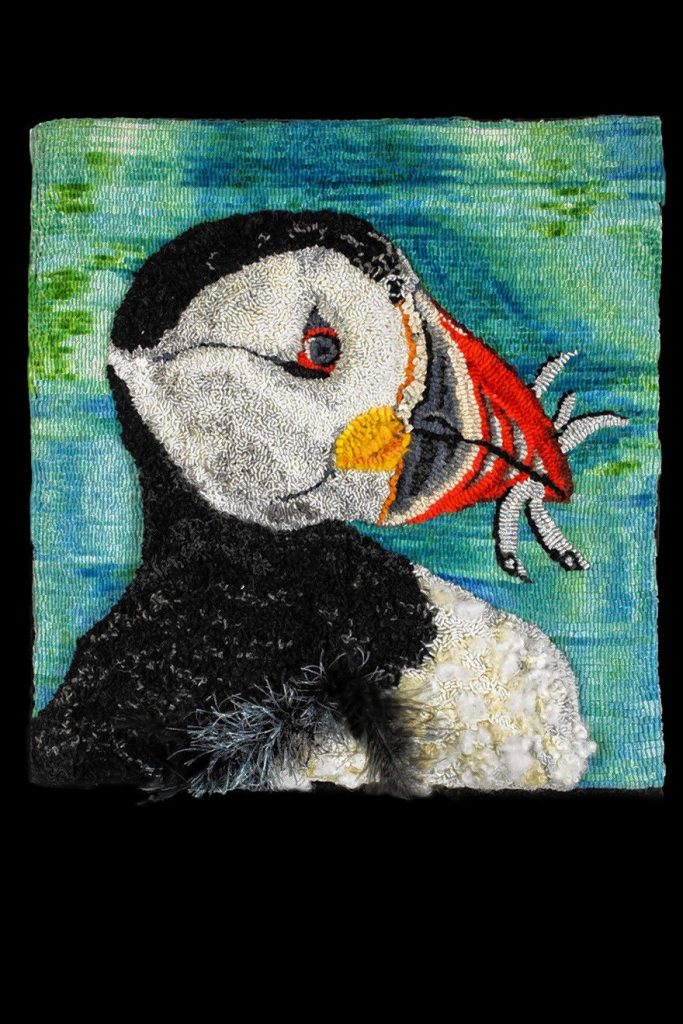 This depiction of a puffin by Sandra Grant of Sunapee will be on display at the League of NH Craftsmen headquarters from June 20 until Sept. 13. Courtesy of League of N.H. Craftsmen

The League of N.H. Craftsmen will present a guest exhibition at its headquarters celebrating the work of the White Mountain Woolen Magic Rughooking Guild from June 28 through Sept. 13, titled “From Our Hands.”

“By working together to showcase amazing talent and creative skills, the League and the White Mountain Woolen Magic Rughooking Guild can continue to reach new audiences with our work,” said Miriam Carter, executive director of the League of N.H. Craftsmen. “At this exhibition, visitors will be amazed at what patience and nimble fingers can create with thin strips of wool. The work is absolutely incredible!”

To encourage, nurture and promote the creation, use and preservation of fine craft, the League extends invitations to various state artist guilds to exhibit at League headquarters. Many of these guilds include League juried members, as is the case with the White Mountain Woolen Magic Rughooking Guild.

The Exhibition Gallery is located at 49 S. Main St. The reception to open the exhibition will take place on Friday, June 28, from 5 to 7 p.m. During the opening reception, visitors will have the opportunity to meet the makers and learn more about the White Mountain Woolen Magic Rughooking Guild, the crafting process and pieces they have created.

White Mountain Woolen Magic is New Hampshire’s statewide rughooking guild. WMWM would like to thank the Dorr Mill Store for their generous support of the opening reception of “From Our Hands.”

Visit the Grodin Permanent Collection Museum at League Headquarters, which features craft from the League’s past and present, including pieces made by some of the world’s renowned craftspeople, such as Otto and Vivika Heino and Edwin and Mary Scheier. The museum provides fascinating insights into the evolution of fine craft and should not be missed. Admission to the museum is free.

For more information about the League of NH Craftsmen, call 224-3375, email nhleague@nhcrafts.org or visit nhcrafts.org.

The following artists (along with their hometowns) will have their work included in the exhibit:

*Denotes member of the League of N.H. Craftsmen