Blast From the Past: The old courthouse and the Era of Good Feelings

Home » Articles » Blast From the Past: The old courthouse and the Era of Good Feelings 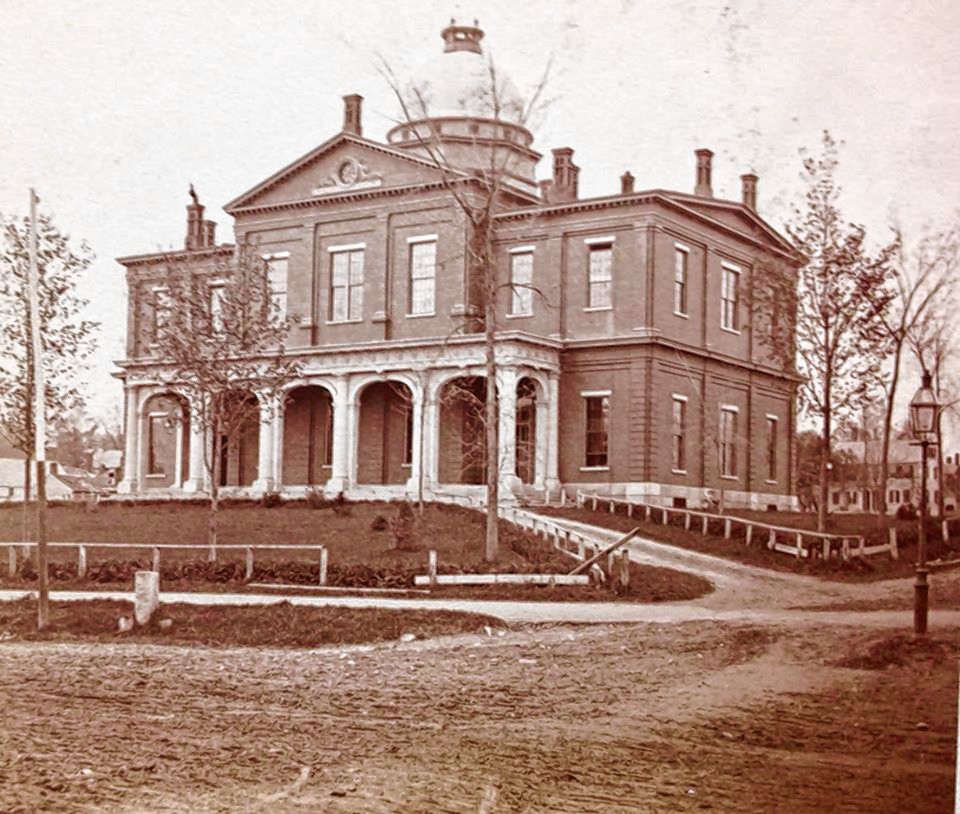 The Merrimack County courthouse in Concord, seen in 1860. Courtesy of N.H. Historical Society

During the early 1800s there was renewed turmoil and frustration with England resulting in the War of 1812. The good citizens of Concord rejoiced at the victorious conclusion of this war and entered into a period commonly referred to in American history as the “Era of Good Feelings.” This era started with the election of President James Monroe in 1816 and concluded with President John Quincy Adams in 1824. The world was once again at peace and our ancestors rejoiced with economic prosperity and a sense of security as they lived here in Concord. There was plenty of work to do and both the farmers and the merchants down on Main Street once again prospered.

With this Era of Good Feelings in place we find that political differences of the past were put aside and a calm unity visited our community. Plans were being designed by architect Stuart Park in 1816 to build our New Hampshire State House, but the question being debated was simply where to place the new State House. The favored location was the site of the old Stickney Tavern at the corner of North Main and Court streets, though there were other ideas being discussed for a potential site.

There was a Quaker Meeting House on Main Street that was considered for a period of time too, and the discussions continued.

With everyone in agreement, the site on North Main Street was dismissed and an offer was made to the Quakers to purchase their land and they removed the established meeting house that was standing on the site. To this day our New Hampshire State House sits on the former site of the Quaker Meeting House, once sacred ground where our politicians meet to govern our great land.

Once the State House was constructed, the years passed and the once potential site for the State House remained in the minds of our Concord ancestors, for it was a popular location and offered a convenient destination. It was in 1855 that our forefathers decided to build a town hall and court that could be utilized by the city of Concord. A grand building was designed and the construction commenced in 1855 for a period of two years.

Once opened, the court was established alongside the town hall and even a temporary branch of the Concord Public Library, offering our citizens both the opportunity to repent for their sins and educate themselves with a good book or two. The building was utilized by several organizations over the years, with a decision for a complete renovation in 1905. The yearlong renovation removed the beautiful dome and altered the original exterior. This concluded the period when we had two beautiful domes gracing our Main Street.

Regardless of the reasons our ancestors might have visited this building, it was certainly an early marvel on our Main Street with the original dome in place. With the court offering the road to absolution while the town hall collected your tax dollars, it must have been quite refreshing to pick up a good book at the library. A book that allowed you to look back at an earlier time and dream of better days to come.