N.H. Master Chorale to present ‘Considering Matthew Shepard’ across the state, including Concord 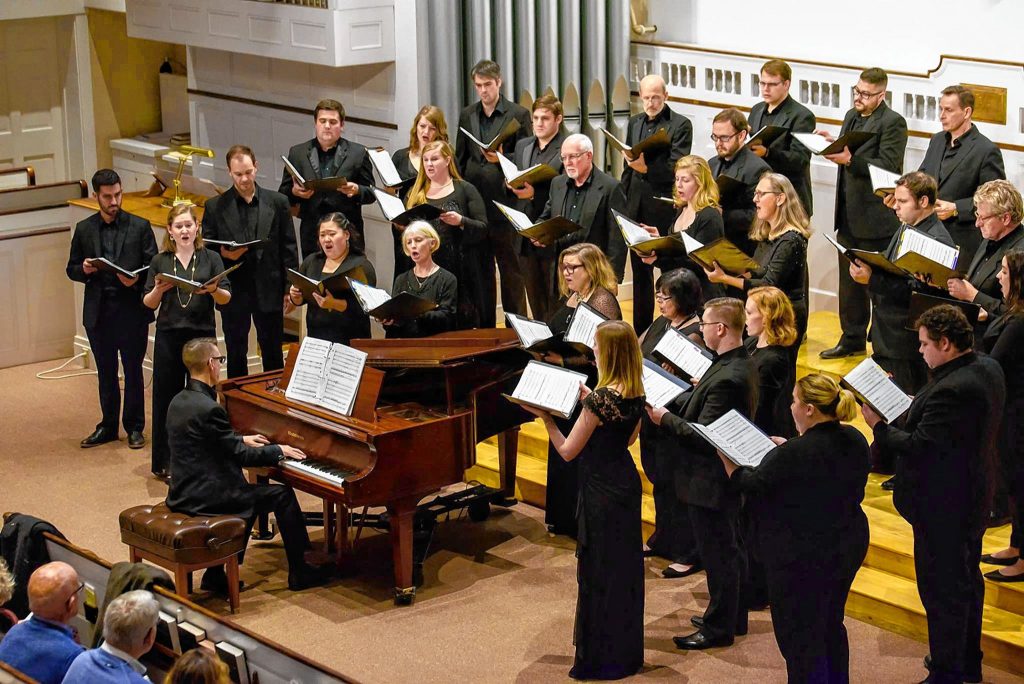 The concert-length work, by the American composer Craig Hella Johnson, tells the story of the brutal 1998 murder of a gay 21-year-old Wyoming student, who 20 years later remains the nation’s best-known hate crime victim. The piece also offers emotionally powerful meditations on evil and on redemption through community.

On Oct. 6, 1998, two young men took Matthew Shepard to a lonely field, tied him to a split-rail fence, beat him savagely and left him there to suffer for 18 hours until a passing cyclist discovered him. His heart stopped six days later.

The crime drew immediate international news coverage and subsequently sparked a drive to enact anti-hate crime laws at the federal and state levels. It has also been the subject of plays, books, poems and documentaries.

The Concord performance of Considering Matthew Shepard, featuring chamber orchestra as well as the 30-voice Master Chorale, will be held at First Congregational Church, 117 N. Main St., on Saturday at 7:30 p.m. The Portsmouth concert will be at South Church, 292 S. State St., on Friday at 8 p.m. The Plymouth concert will take place at Plymouth Congregational Church, 3 Post Office Square, on Sunday at 4 p.m.

Each concert will be preceded by a talk by Massachusetts poet and author Lesléa Newman on the far-reaching impact of the Matt Shepard story and the difference he continues to make two decades after the murder. Newman is the author of October Mourning: A Song for Matthew Shepard.

Dan Perkins, director of the Master Chorale, says he immediately began planning to perform Considering Matthew Shepard when he heard its Boston premiere two years ago. He notes his students at Plymouth State University, where he’s director of choral activities, were born around the time of Matthew Shepard’s death.

“Being able to bring the story and its surrounding issues to my current students and the communities in which I make music,” Perkins said, “is a way to personally and publicly address the unacceptable resurgence of hate speech and action in our current culture.”

The 2016 oratorio, for chorus and chamber orchestra, features a unique mix of musical styles, ranging from Bach and Gregorian chant to country, folk, blues, gospel and contemporary choral scene-painting.

The words are equally diverse. They include passages from Shepard’s journal, written while he was in college, and heart-wrenching testimony spoken by his mother, Judy, at the trial of his murderers.

Johnson, the composer, said the reason he drew on such an eclectic range of musical and lyrical styles was to build “a tent as big as it possibly can be … to say this tent needs to be broad, large, include everyone.”

Perkins said the inclusive mix of styles and sources “helps to reach and move a much wider and more diverse audience” than a traditionally classical oratorio would.

Tickets are available at nhmasterchorale.org and at the door. Prices are $30 general, $25 senior, $15 for a group of 10 or more. Free admission for undergraduates and students in grades K–12. The New Hampshire Master Chorale also utilizes a “Pay What You Are Able” ticket policy so that anyone can attend regardless of financial ability. The Chorale welcomes all donations to support this policy.

The concerts are supported by a $4,500 grant from the New Hampshire State Council on the Arts, the agency’s highest award.