On Stage: ‘The Wedding Singer’ to take over Bow stage

Home » Articles » On Stage: ‘The Wedding Singer’ to take over Bow stage 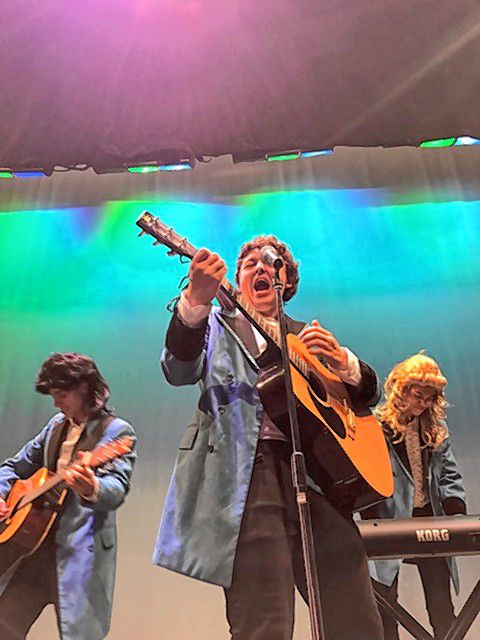 Bow Performing Arts will put on a production of The Wedding Singer with shows Thursday through Sunday. Courtesy of Sarah Evans 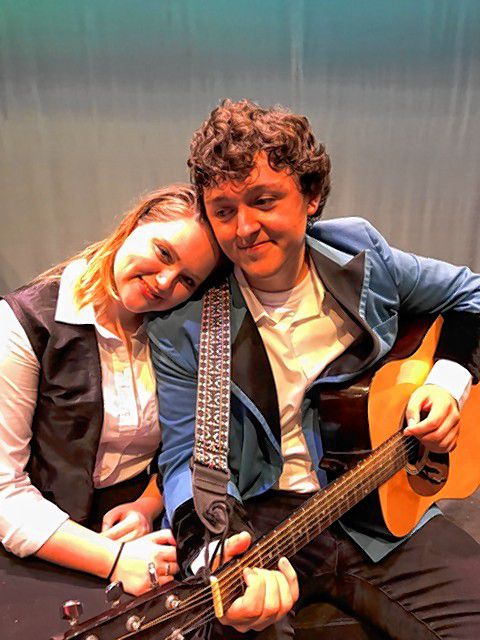 Bow Performing Arts will put on a production of The Wedding Singer with shows Thursday through Sunday. Courtesy of Sarah Evans

If you’re at all familiar with the work of New Hampshire-born actor Adam Sandler, then you’ve likely seen The Wedding Singer – or at the very least, heard of it.

Well, did you know that in addition to being a box office hit, it was then turned into a stage musical? Yep, it even had quite the run on Broadway. And while Bow High School isn’t exactly midtown Manhattan, the production put on by Bow Performing Arts this weekend will no doubt be hilarious.

Unlike shows during the school year, director Sarah Evans, who serves as choral and theater director at Bow High School, had the luxury of opening up the auditions to students from around the area. The cast was then filled with students from Bow (obviously), as well as recent graduates from the school, and from as far away as Hooksett and Litchfield.

The storyline is very similar to the movie. Robbie Hart (made famous by Sandler and played by Jacob Stanley Butler) is a wildly popular wedding singer who is about to marry his longtime love, Linda. There’s only one problem: Linda calls off the big day just before walking down the aisle.

Down in the dumps, Hart goes on to perform at a forgettable wedding while singing “Somebody Kill Me” – one of the songs that made the transition from the big screen to the musical.

Hart’s plights is like a car crash: hard to watch, but you just can’t look away.

There are other songs from the movie incorporated into the script, while some tunes were written specifically for the on stage performance. Good thing there’s a full band made up of more Bow students and community members.

As the plot unfolds, you meet Julia, Glen and Holly. If you liked the movie, then the stage performance is a must-see.

“The show is super funny,” Evans said. “The script and the music, it’s just hilarious.”

The group has been rehearsing three nights a week since the first week in June, and Evans has enjoyed putting together the show while the students don’t have to worry about school work.

“Many of them are working and some taking summer courses, so they’re still busy, but they are much more relaxed and having fun with it,” Evans said.

One Bow alum is even making the costumes.

The performances will be held Thursday and Friday at 7 p.m., Saturday at 2 and 7 p.m. and Sunday at 2 p.m. Tickets are $15 for adults and $10 for students and seniors, and will be available at the door or can be reserved by emailing Evans at sarevans@bownet.org.