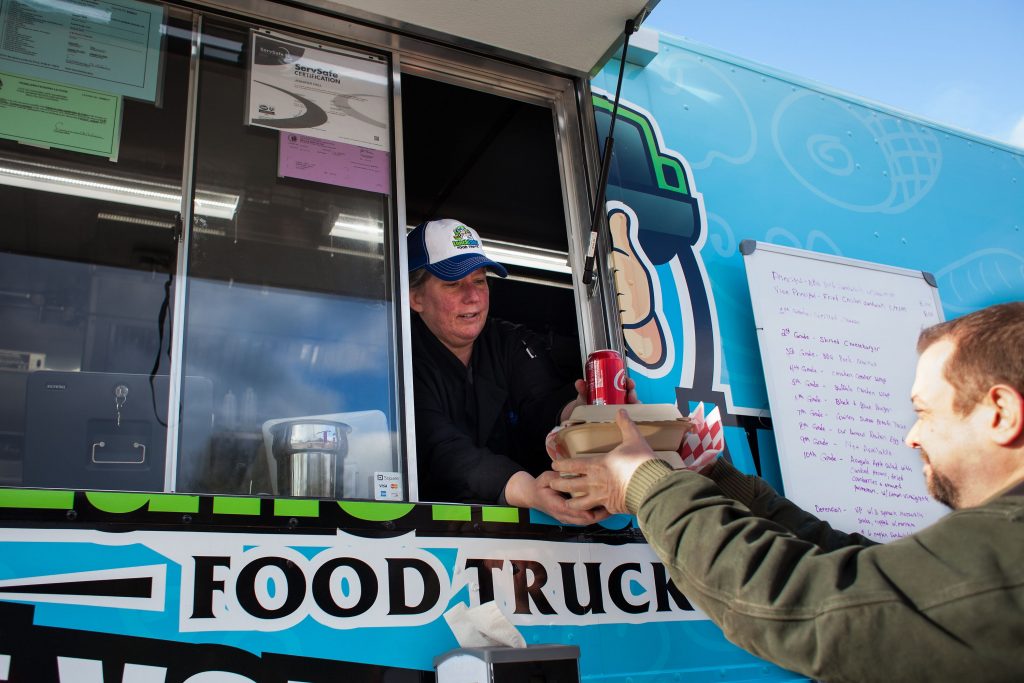 J.J. Hall serves food to Brendon White of Hooksett out of her food truck, the Lunch Lady, on the grounds at Everett Arena in Concord on Thursday, Dec. 7, 2017. White, a self-proclaimed "frequent flyer" ordered The Detention and a side of garlic parm fries. (ELIZABETH FRANTZ / Monitor staff) Elizabeth Frantz 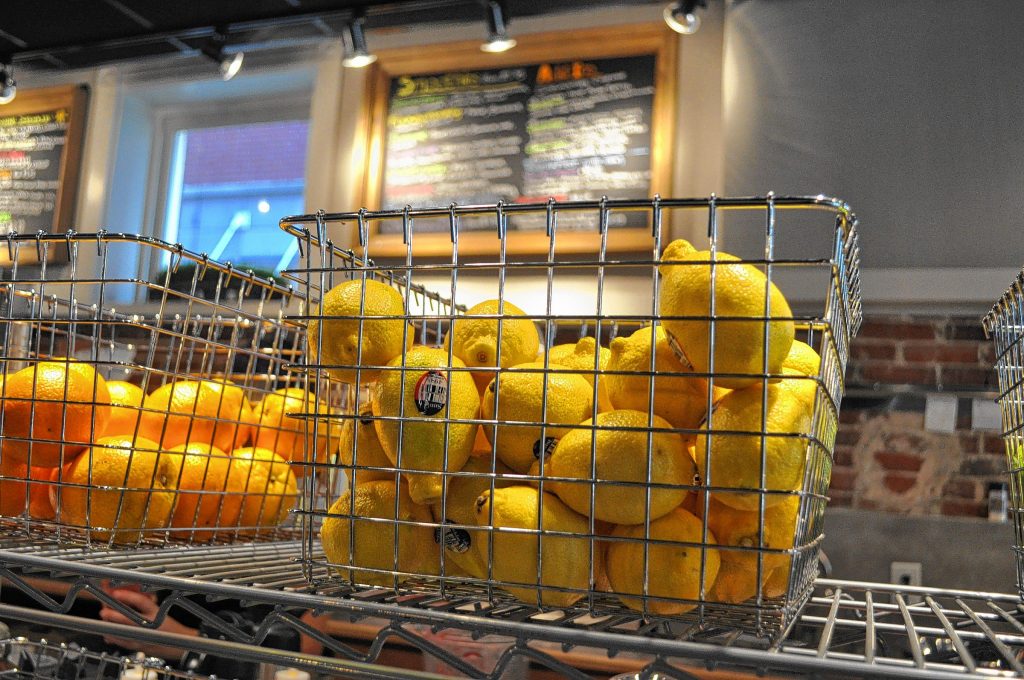 Above: When life gives you lemons, take them down to Live Juice and have them toss them into a delicious smoothie. Below right: A fantastic Greek salad flanked by a pair of smoothies.

While the sound of live music drifting through the summer air is one of the telltale signs of Market Days, perhaps no sign is more telltale than the plethora of tents strewn about the entire downtown core. While outdoor music downtown isn’t shockingly rare, hundreds of tents blocking the whole street is.

Anyone who’s been to Market Days before knows the drill – you bounce around from one tent to the next, occasionally buying something here and there. Well, that process may become a little more involved this year, as there are about 50 more vendors than last year, with virtually all of last year’s participants coming back for more.

The festival seems to grow bit by bit each year, and this year’s event has seen a marked uptick in participation, said Kate Fleming, events and outreach coordiantor for Intown Concord.

“The theme of the year is new and more, but honoring the people who have been coming here for years,” Fleming said. “The city is growing and the city only benefits from an event like this, and it should be growing, it shouldn’t stay stagnant. I think it’s a testament to how Concord is becoming a real draw, how people reached out from all over looking to be vendors.”

Fleming said Intown Concord even got requests from people as far away as New York looking to participate this year. (The New York hopeful ultimately won’t be attending due to mostly red tape and legalese that we hope to never understand.)

Among some of the new talent this year are some familiar names as well as ones you’ve probably never heard of. On the familiar side, the Lunch Lady Food Truck will make its Market Days debut this year, where the truck will be posted up toward the end of North Main Street. We checked out the Lunch Lady when we first heard of its existence, and it was quite the pleasant experience.

Another Market Days rookie this year will be Live Juice. Oddly enough, the juice bar that has a borderline cult following in Concord and whose business is right in the heart of downtown has never set up shop during the festival before, so they figured it was about time they joined the party.

Off Main Pizzeria on Pleasant Street didn’t exist during last year’s Market Days, but the pizza joint wasted no time getting on board the Market Days train, and they’ll be out there serving pizza.

One of the more unique booths this year will be Granite State Solar, another newcomer to the festival. The company specializes in solar power, and the big attraction at the GSS booth will be a solar-powered charging station. Solar panels will be soaking up all that energy and turning it into power you can actually use to charge your phones, tablets, music players and other electronic devices you probably don’t even need at an event like Market Days. Nonetheless, it sounds like a pretty cool idea.

The Concord High School Robotics Team will also have a presence this year. The mechanically inclined teens will have a tent set up and they will also perform a demonstration, so you’ll have the chance to see some robots in action without having to watch the painful reboot of Battle Bots.

Double Midnight Comics will also make an appearance this year. Fleming said they will be out on the street “doing a ton of stuff with comics and costumes,” and they’re also sponsoring the Black Panther movie night with Red River Theatres on Friday night.

And the Contoocook Chamber of Commerce will also come out, featuring a gathering of representatives from some of their stores.

If you want to know more about what’s new, you’ll have to walk around and find out.