Did these three students actually see a UFO?

Home » Articles » Did these three students actually see a UFO? 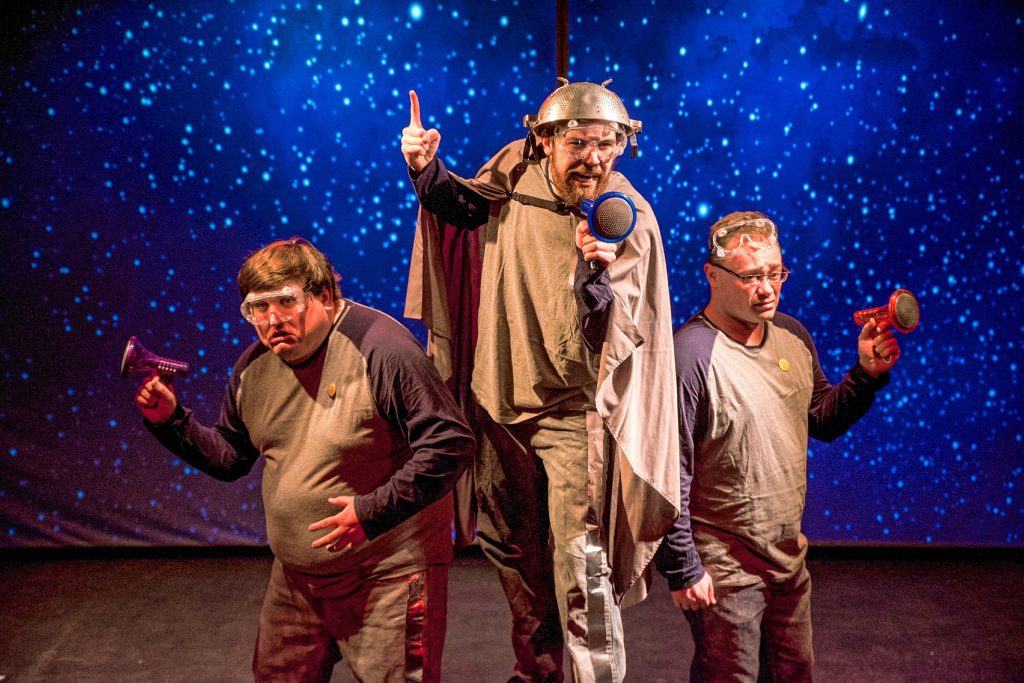 Robby (Ryan Clark), T.J. (Spencer Costigan) and Aaron (Mike Perry) start a UFO space religion at their middle school to prepare the world for the coming of an intergalactic savior in Kid Cult Cosmology. Courtesy of Doug Schwarz 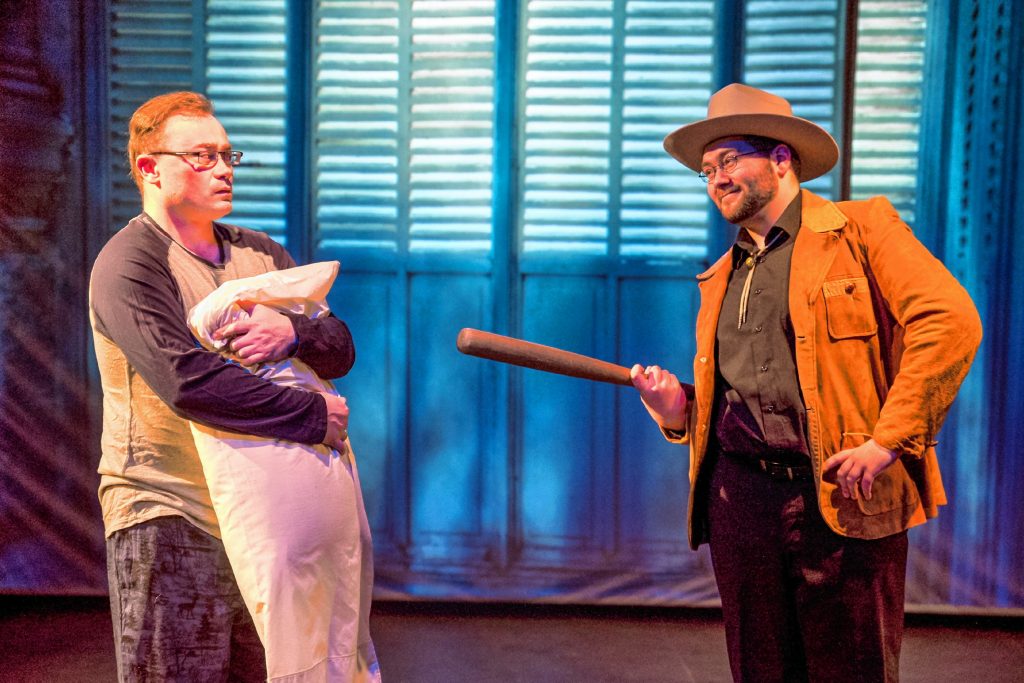 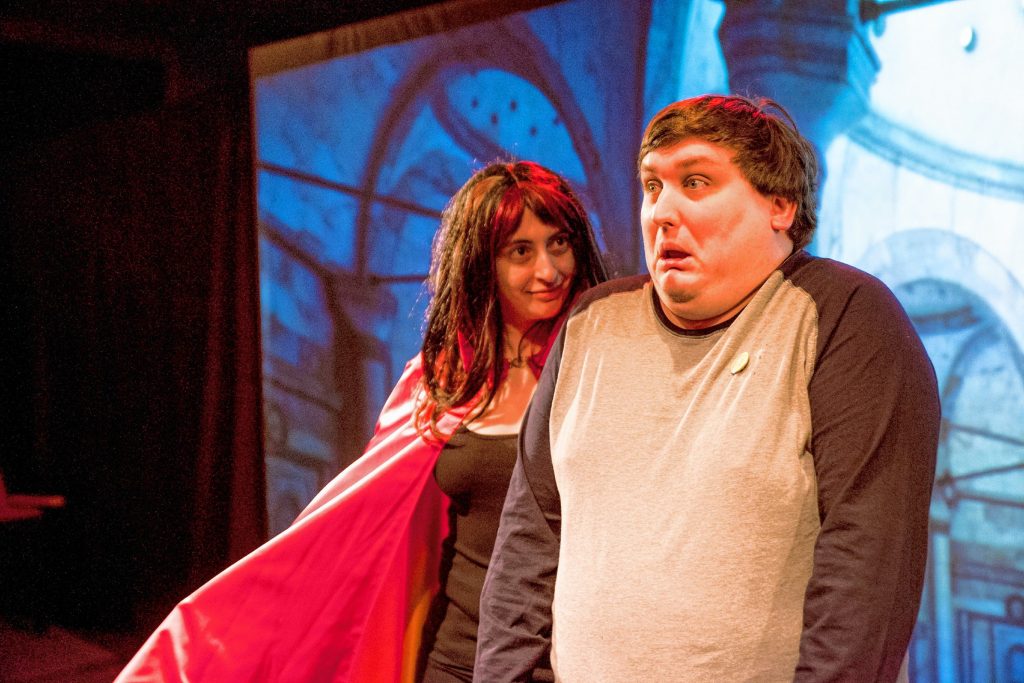 Will Robby (Ryan Clark)'s dream-date with the fictional vampiress Lilith (Tess Hodges) turn into a nightmare? See The Kid Cult Cosmology to find out. Courtesy of Doug Schwarz

So there’s these three middle school boys and they’re certain they’ve seen a UFO. But did they really?

Well, you have to make your way over to Hatbox Theatre over the next three weekends to find out, as the Community Players of Concord performs Kid Cult Cosmology, beginning Friday night.

“Whether they’ve actually seen a UFO is a question you have to see the show to find out the answer,” said director Doug Schwarz.

This is the second-ever show the Players have brought to Hatbox, and is a bit different than normal operations – since they typically have a three-day run with performances and not three weeks.

So while you don’t need to rush out and get tickets for this weekend per se, we suggest getting them to one of the nine performances. Because it sounds like a really fun show.

This is actually the world premiere of Kid Cult Cosmology, billed as a surrealistic comedy. Schwarz and producer Dave Peck came across it while watching videos of Gutenberg! The Musical! performances, the two-man show they brought to Hatbox last year as part of the Players.

To make a long story short, one of the actors (Graham Techler) in one of the videos from a Michigan show, is a playwright. Somehow this show came up during conversation and the Players duo kind of fell in love with it.

It was just an added bonus that it had never been performed. But that also presents a bit of a challenge, because there’e no referring to other show clips or talking to folks who had already put it on.

So Schwarz and Peck spent a little extra time preparing before the eight weeks of rehearsals, which wrap up this week before the world premiere this Friday.

The show is about three middle school boys and their Society for Healthy Superstition, told through the perspectives of the boys.

“Some of it is their imagination, dreams and fantasies,” Schwarz said.

But the cast doesn’t actually include any actors that young. The three middle schoolers, T.J. (Spencer Costigan), Aaron (Mike Perry) and Robby (Ryan Clark), are all played by actors in their 20s.

The show only has five cast members, so Griffin Stuart and Tess Hodges play everyone else in the show.

“Both have a lot of imagination when it comes to portraying people and switching roles from one line to the next,” Schwarz said.

Projections are used to show change of venues, like a school classroom, golf course and bedrooms.

“The whole thing is very over the top,” Schwarz said.

Will the school allow the club to continue with its UFO religion? Will their new religion help them meet girls? Who are the true believers, and who is just along for the ride?

Go to one of the nine shows and find out all the answers.

Kid Cult Cosmology premieres Friday and will be performed on weekends through April 15. Shows are Fridays and Saturdays at 7:30 p.m. and Sundays at 2 p.m.

Tickets are $17 for adults; $14 for students, seniors and members; and $12 for senior members.