Go Try It: Paint Outside the Box at Rattlebox Studio

Home » Articles » Go Try It: Paint Outside the Box at Rattlebox Studio 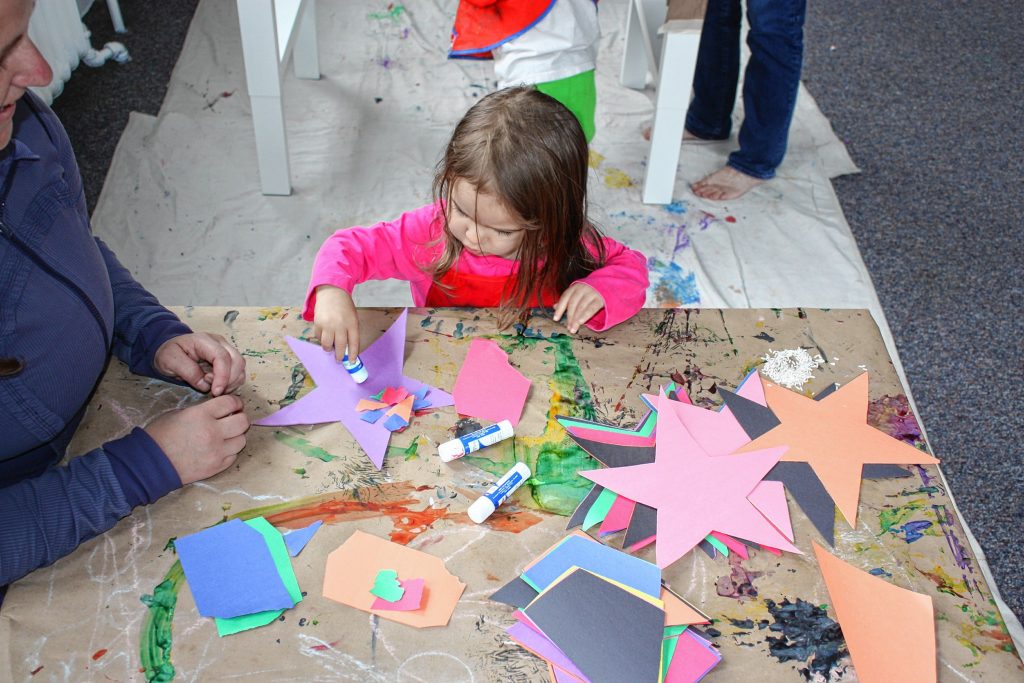 Jon's daughter, Julia, 2, applies some glue to a paper star during Paint Outside the Box art class at Rattlebox Studio last Thursday. At this art class, you never know what kinds of things the kids will make -- or how they'll make them. JON BODELL / Insider staff 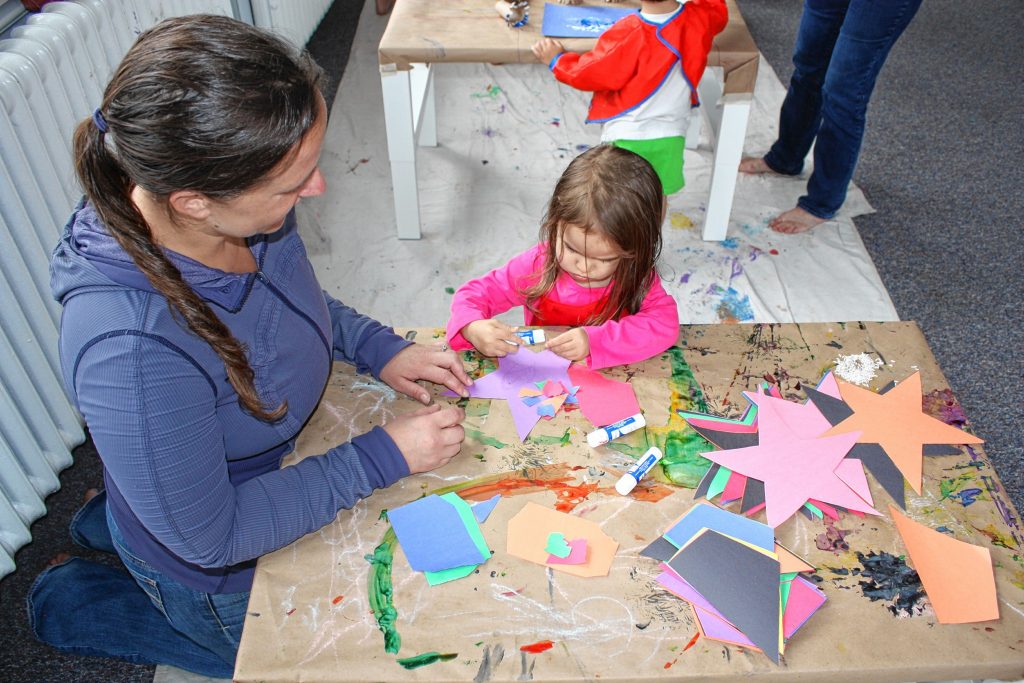 If you and your child are always looking for new and creative ways to get messy, look no further than Paint Outside the Box.

The brainchild of Aaron Jones – the kid-focused musician known as Mr. Aaron – Paint Outside the Box is an art class for kids that’s all about exploring creativity in fun new ways.

This isn’t your typical art class, in which kids have a set lesson and follow instructions closely. This one encourages kids to do their own thing, and do it in unconventional ways.

I stopped by Rattlebox Studio (40 Thorndike St.) with my daughter, Julia, and fiancee, Aimee, last Thursday morning to see what it was all about.

Upon walking into the wide-open second-floor space, I saw some easels set up on one side of the room and some craft tables on another side. In the middle of the floor were a bunch of rubber shapes arranged in a circle, serving as suggested spots to sit. There were even some completed works of kid art on the wall behind the easels.

After a minute or two, Barbara Cloutier – Miss Barb, you can call her – asked everyone to take off their shoes and sit in a circle. The first order of business was a quick sing-along, with kids and parents slapping their legs in rhythm. Next was storytime.

The book of choice last Thursday was Gallop! by Rufus Butler Seder, which featured holographic images of animals on each page, simulating motion. The kids got a kick out of the book – Julia, a certified bookworm, even went over and grabbed it for herself after Miss Barb was done reading it. Luckily, Miss Barb either didn’t notice or didn’t mind.

Then, it was time for the main event: art creation.

There were three stations set up: a set of easels with sidewalk chalk and water, some tables with paper and glue and another set of tables with some paint and strategically sliced toilet paper rolls. All three stations focused on the theme of fireworks (this was the final class before the Fourth of July).

At the easels, which Julia never made it to, kids had the chance to dip some egg-shaped sidewalk chalk in water and color on the big sheet of paper. The result was a sort of watercolor effect, made by chalk.

At the paper and glue station, Miss Barb encouraged the kids to use both of their hands to tear up some pieces of paper and glue them onto some construction paper stars. There were options to grab pieces of paper right off the table or dig them out of a box of rice – one boy took it upon himself to grab some of that rice and glue it to his paper, which Miss Barb thought was a great idea.

The final station had paper, some trays of paint and some toilet paper rolls that had been sliced lengthwise from one side up to about the center. The kids took the rolls and dipped the sliced ends into the paint and pressed that onto the paper, making a nice little fireworks display. The red, white and blue paint added a real patriotic feel.

Then, a little play session with some see-through scarves ended the day.

Paint Outside the Box is for kids ages 1 to 6 and meets every Thursday at 9:30 a.m. (except this week). The cost is $10 for the first kid and $5 per sibling (adults get in free). For more info, go to rattleboxstudio.com.