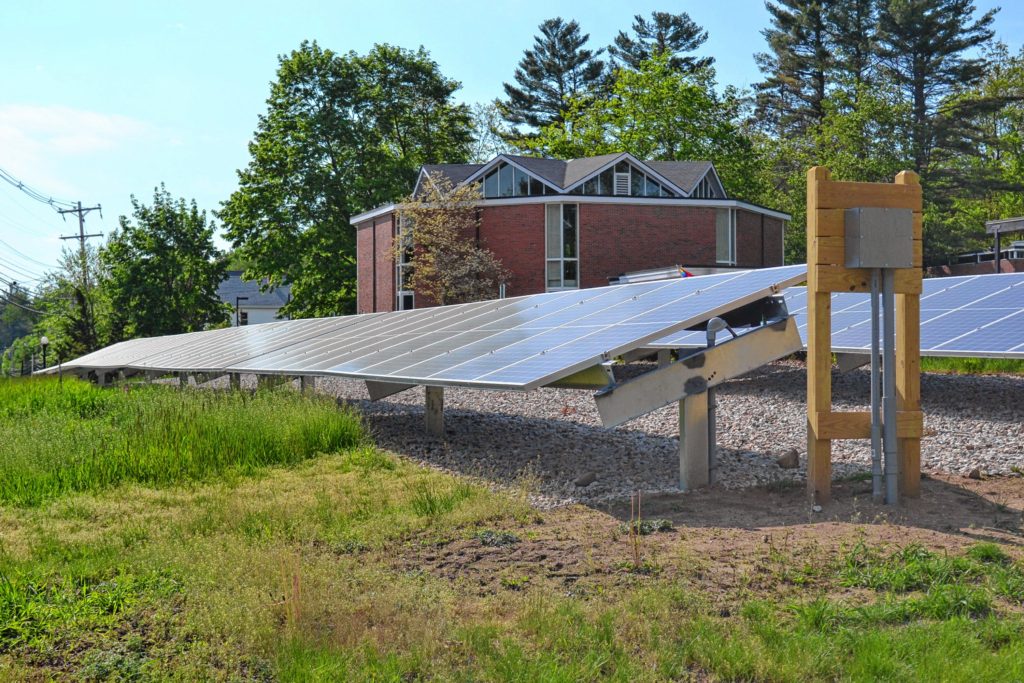 The solar panel array at the Unitarian Universalist Church on Pleasant Street is up and running. Tim Goodwin 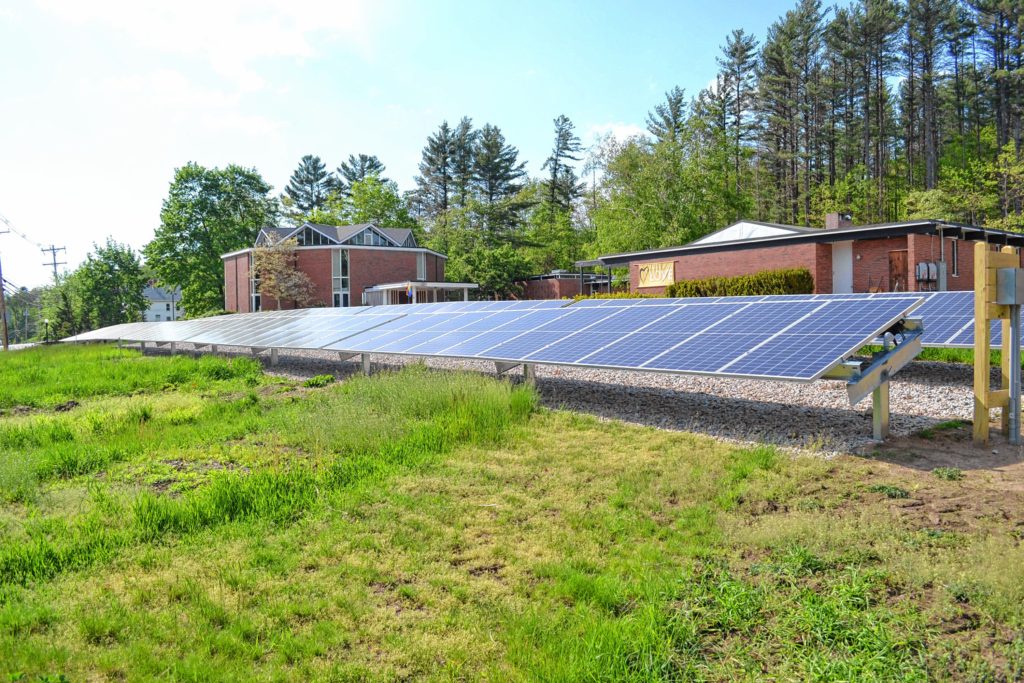 The solar panel array at the Unitarian Universalist Church on Pleasant Street is up and running. Tim Goodwin

If you’ve driven past the Unitarian Universalist Church on Pleasant Street recently, you may have noticed a new addition to the front lawn.

No, it’s not a group of picnic tables to eat your lunch at or hammocks to lounge around in. Rather, it’s a collection of 100 solar panels that will greatly help the church offset the cost of its electric bill.

The array went live on May 2 and if the early meter readings are correct, projections of the church saving about $5,000 a year off the power component of its monthly electric bill seem to be very realistic.

The panels are in two rows of 50, with each row 170 feet in length. So as you can imagine (and see) it was quite the undertaking.

A few years back, the church did some energy efficiency work that earned them a green sanctuary award. And like a lot or projects, it lead to some other ideas.

“Along the way, someone said we should really put solar panels on the roof,” said Trudy Mott-Smith, chairwoman of the church’s solar panel committee.

After some research though, it was determined that the church roof was not set up in a way that solar panels would work.

“It was because of the way the church was constructed,” Mott-Smith said. “But by that time, we were enamored with solar because we have been talking about it.”

They looked at renting land for an off-site location, but that didn’t make much sense with the whole idea of the project to save money. And putting the array in the back would have required cutting down trees and a whole bunch of other obstacles that no one was interested in pursuing.

“They would not approve taking down all those trees,” Mott-Smith said.

So moving forward meant putting it on the front lawn – and numerous trips to the Concord zoning and planning boards. But after securing a general variance, having a landscaping plan produced that will help conceal the array for both cars and walkers that pass by, the church was given the go ahead to proceed.

So work began in late February with putting the steel legs into the ground and creating a stone bed where the array would be. No one wanted to have to mow or weed whack the grass around all those panels

Excavation for the conduits from the panels to the church electrical boxes and the addition of more electrical boxes was done in March, followed by the installation of all 100 panels in early April.

“There was a lot of electrical work,” Mott-Smith said. “The church is just a cluster of panels, but much of it was put on the roof.”

The panels are 78 inches by 39 inches and are at a 20 degree tilt. While the first couple weeks didn’t produce a whole lot of sun, last week must have been a good one for energy production.

“We’ll be making all our own power,” Mott-Smith said.

When the project was very early on, the group went through the last five years of electric bills to see if it there was a real savings to be had.

Because a project like this doesn’t come without an upfront cost, which was all done through donations. There was the $94,400 contract price with Norwich Solar Technologies, along with legal fees, the landscaping plan and design, the excavation work and all the little details.

But now that the array is in place and producing electricity, the congregation of the Unitarian Universalist Church can sit back and watch the savings add up, month after month.