Book of the Week: ‘His Bloody Project’

Home » Articles » Book of the Week: ‘His Bloody Project’ 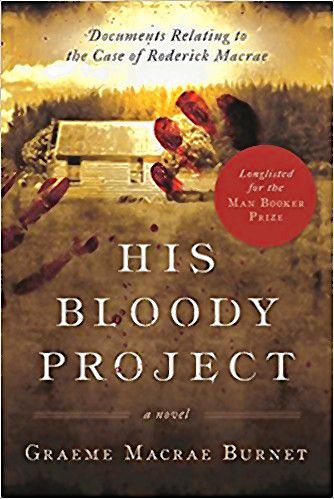 In 1869, three people are found murdered in a remote Scottish farming community. Roderick Macrae has admitted to the crime, but what has led him to this project? The narrative is presented as a collection of documents discovered by the author, including witness statements, crime scene reports and Roderick’s own testimony. The villagers have conflicting views about Roderick – both evil and kind, quiet and wicked – but does he deserve to hang?

Although the novel is centered around an unreliable narrator, we know from the beginning who did it and, in general, why. Because of this, it was difficult to maintain suspense and disbelief. However, as Roderick gradually reveals the tensions and arguments that led to the murders, Burnet excels at depicting the small slights and annoyances that can build up to murder even today.