The Stratford Club is all about Shakespeare

Home » Articles » The Stratford Club is all about Shakespeare 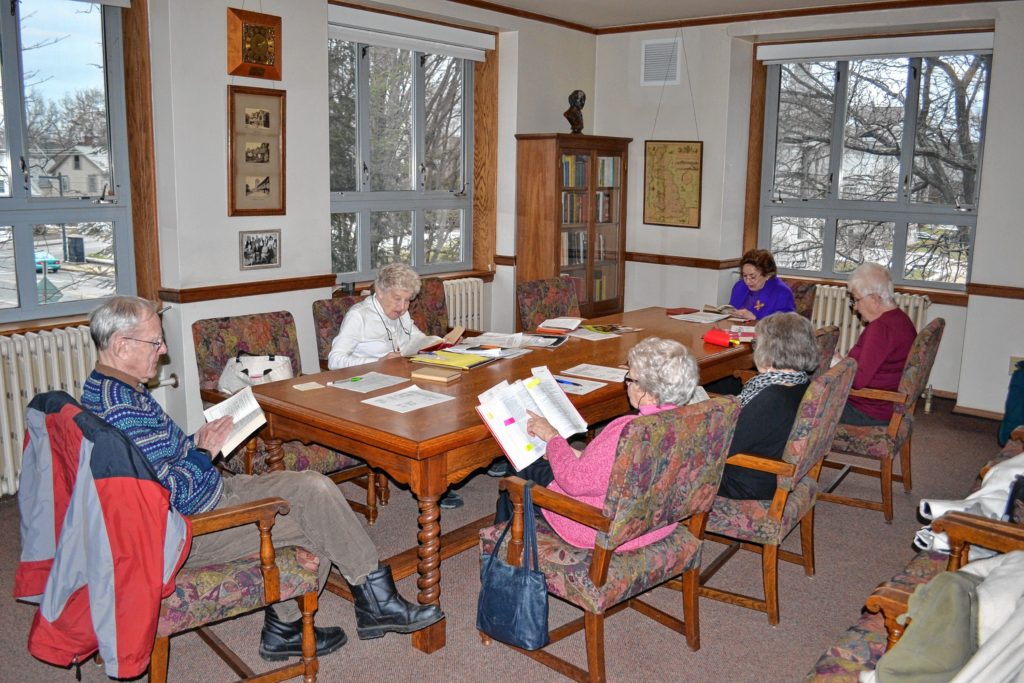 As you can see, the Stratford Club members were really into their reading of Shakespeare's "Coriolanus" last week. We even got to read for a few characters in the first act. 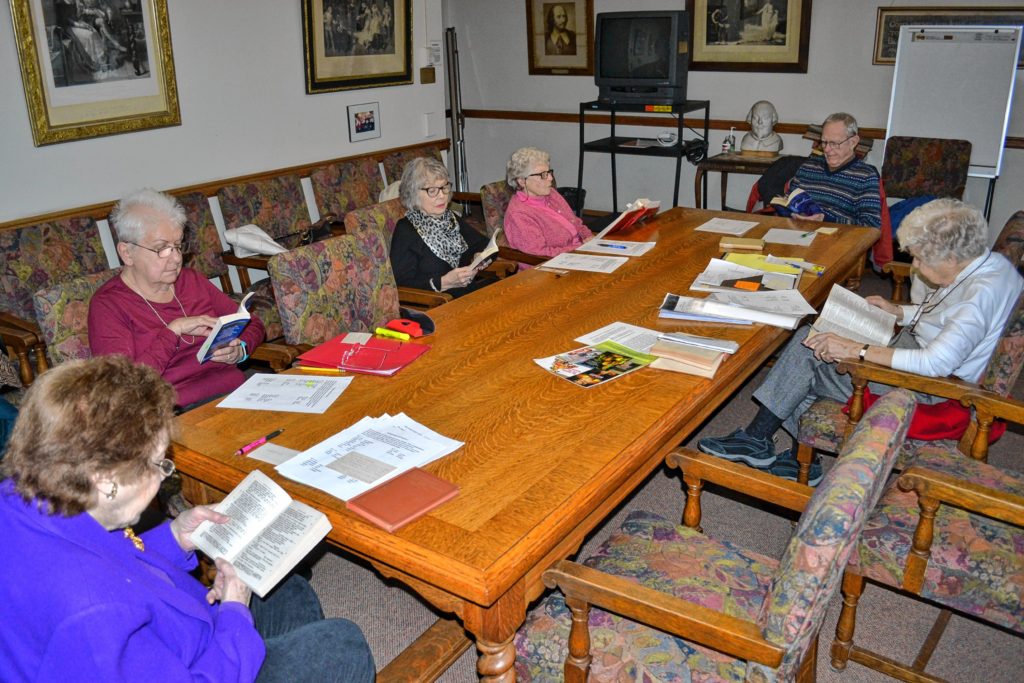 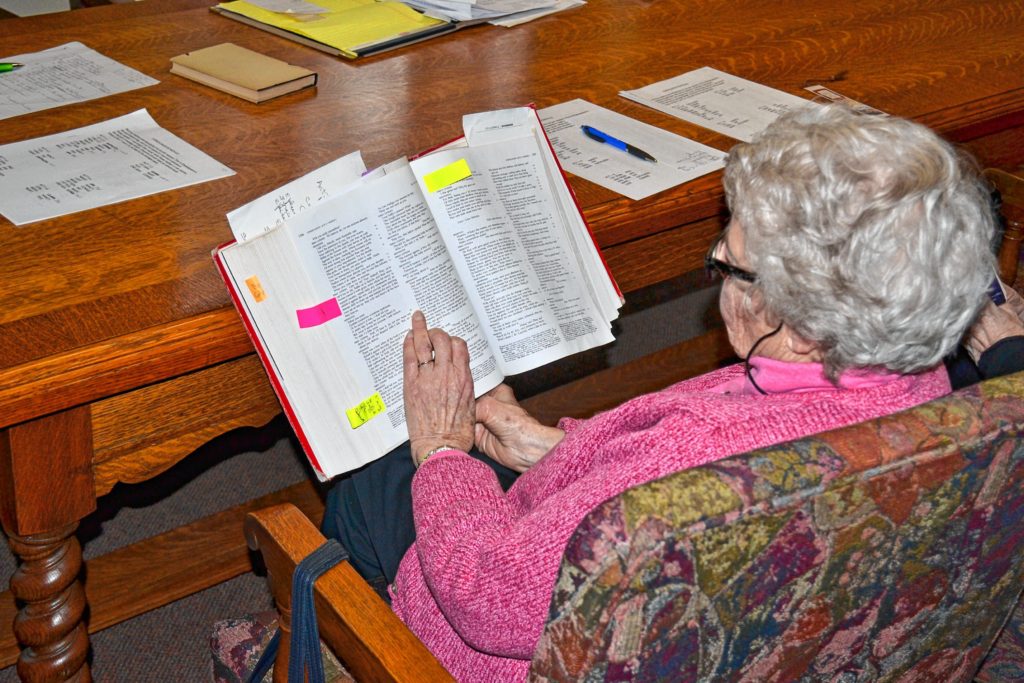 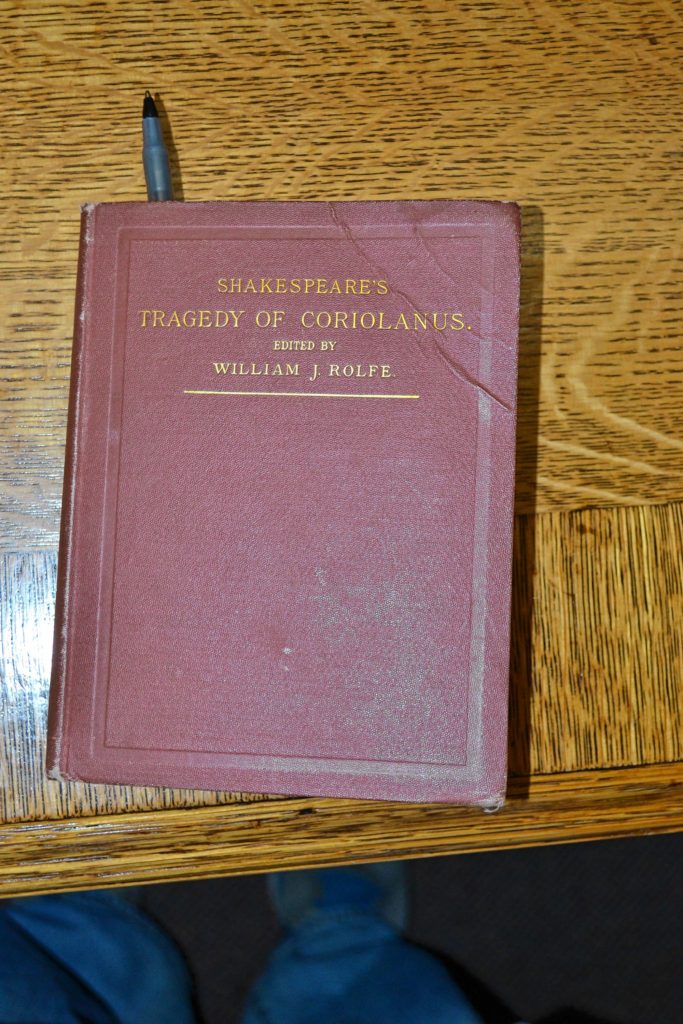 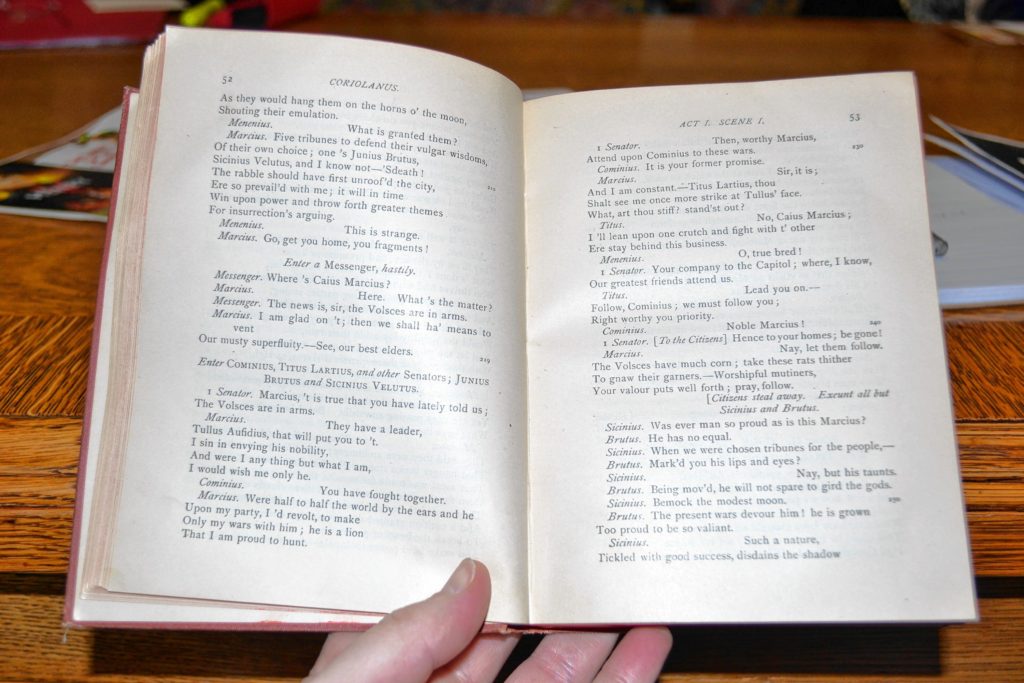 It’s hard to admit to a bunch of Shakespeare enthusiasts that you’ve never really read much of the famed author, but that’s exactly what I had to do last week when I met up with the Stratford Club in the Shakespeare Room of the Concord Public Library.

If you’re not familiar with the Stratford Club, don’t worry, you’re not alone. We had never heard of them until a few weeks back when I got an email about an upcoming reading of Coriolanus.

But it appears as though I probably should have, because as it turns out, the group has been unofficially around since 1881 and became a recognized club with a formal charter from the city in 1883.

Back then, there were many Shakespeare groups in Concord, but from what I was told during my visit last Monday, the Stratford Club is the only one remaining – or they were trying to keep all the press for themselves.

“At that time, Shakespeare was so popular,” said member Pat Gerhan.

When it began, there were 16 members because that is how many people would fit around the table in one member’s home – the same table that currently resides in the Shakespeare Room at the library. And from the research conducted by current club members, it looks as though it has been meeting ever since.

“We collected a lot of historical pieces from the club and gave them to the historical society,” Gerhan said.

Today, there are roughly 10 members, although not all show up for each meeting, which is understandable since they meet on Monday in the early afternoon.

And the club is really simple. Every year, they read three plays between October and May, and then have a field day at the end. But this isn’t like a book club where you read it on your own and then meet to discuss it. The Stratford Club gets together to actually read the play out loud over the course of a few weeks.

“Hearing the language is better than reading it silently,” said Bob Pearson.

“We have fun reading it,” Haigh added.

Members are assigned characters (sometimes multiple ones, depending on who shows up) and they read one act per meeting, which are held every other week.

“This is just a lifelong dream of mine to learn Shakespeare,” said Peg Callanan.

Usually it takes about four meetings to get through a play (one for each act), but this winter’s reading of Coriolanus will take five – because it has five acts.

The club read Henry IV Part 1 in the fall and have now moved on to Coriolanus for the winter.

The meetings begin with a look at old business and agreement on the previous meeting’s minutes. But instead of someone taking attendance, members instead read a quote from the current play. If you don’t have one picked out, that’s okay, you just have to pay the 10-cent fine. If you miss a meeting, that will also cost you 10 cents.

“I tend to pick something very short,” Pearson said.

And while we thought we were just there to observe and learn about the group, that quickly changed into reading a few parts.

First, I was the second citizen, who had a smaller role to start the opening scene. But once that part was through, I was given the lines for Menenius and Brutus. And like I said, I’d never really read much of Shakespeare, so it wasn’t easy trying to find the rhythm in his writing.

“It’s not a formal thing. It’s casual. We don’t expect you to be an expert,” Haigh said.

I finally felt as though I was getting the hang of it as the first act came to a close. And that’s where the curtain closed on my Shakespearen experience.

“Shakespeare is not as obscure as people think,” said Constance Biavaschi.

Before the reading begins, Pearson, the critic for this play, asks members to think about a certain character. Between acts, they talk about what happened and the role of each character.

But to be clear, these aren’t Shakespearean experts. This is just a group of people who enjoy his work – and don’t have to get on stage in costume to read it.

And with a long list of plays to choose from (37 to be exact), the club can go many years before rereading one.

“About every 12 years we start over,” Pearson said.

They choose a comedy, tragedy and historical one each year. They’ve already read the historical choice and are in the midst of the tragedy, so next up is the comedy, A Midsummer Night’s Dream, starting in May.

“With the historical ones, you really learn a lot,” said Mary Blackford.

You can join the group (there’s no membership fee) and read aloud, or just go and listen. They will be reading Coriolanus Feb. 13 and 27, and March 13.

“And we’re not an exclusive group or an elitist group,” Biavaschi added.