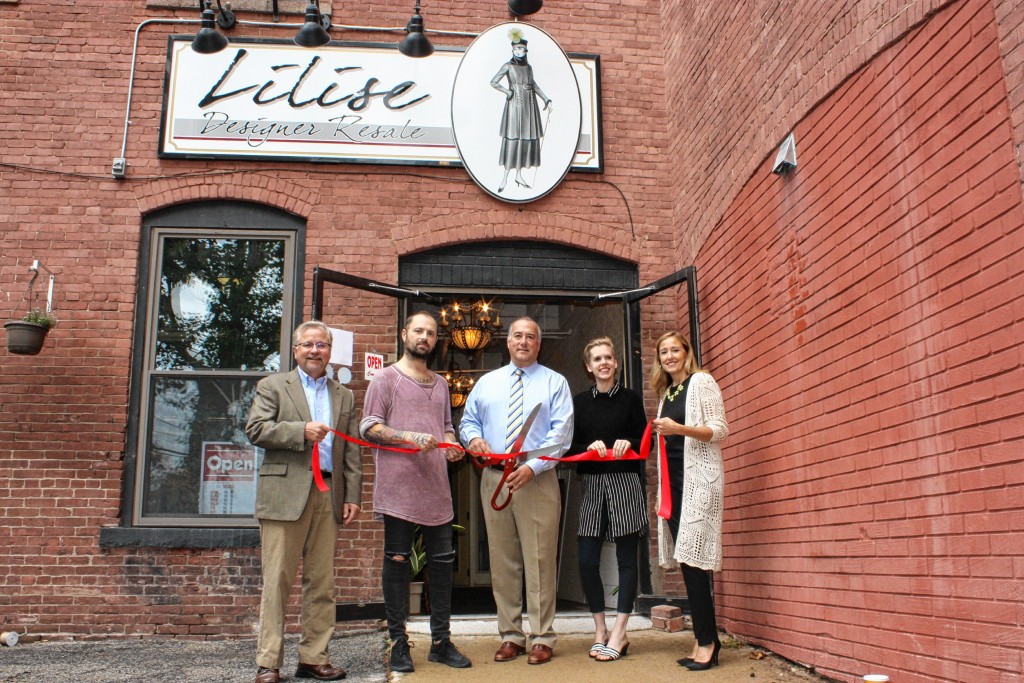 JON BODELL / Insider staff—Mayor Jim Bouley was on hand for a ribbon-cutting ceremony at Lilise Designer Resale recently. Although the shop had been open since June, it's never a bad time for a good ol' ribbon-cutting. 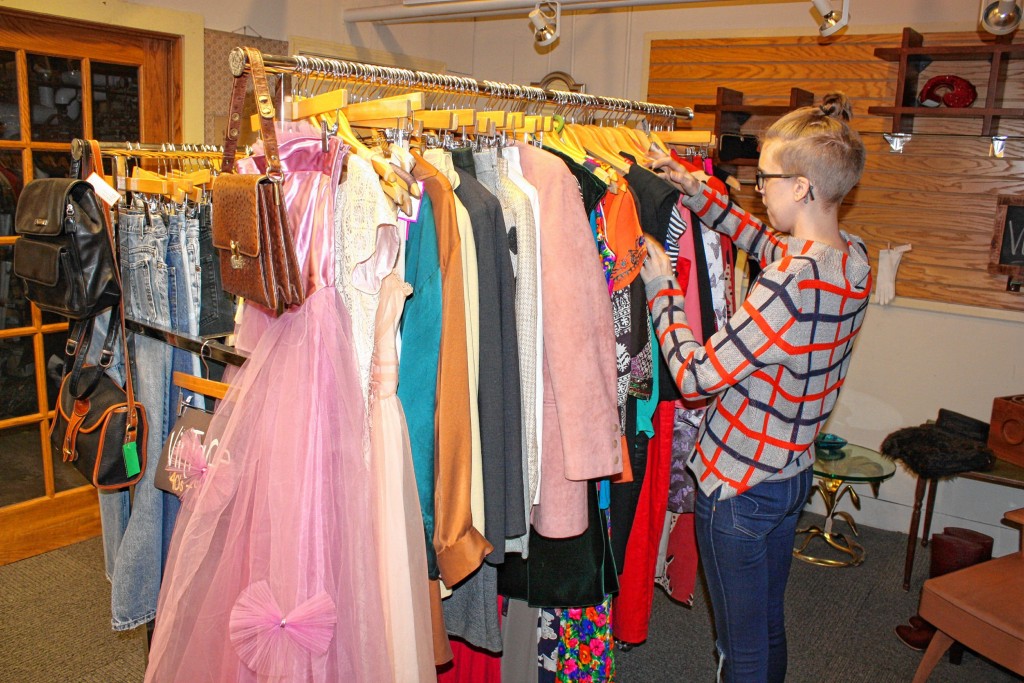 JON BODELL / Insider staff—Lilise owner Elyssa Alfieri picks out some vintage pieces from the store's vintage rack. In case you were wondering, vintage clothing is defined as being at least 20 years old. 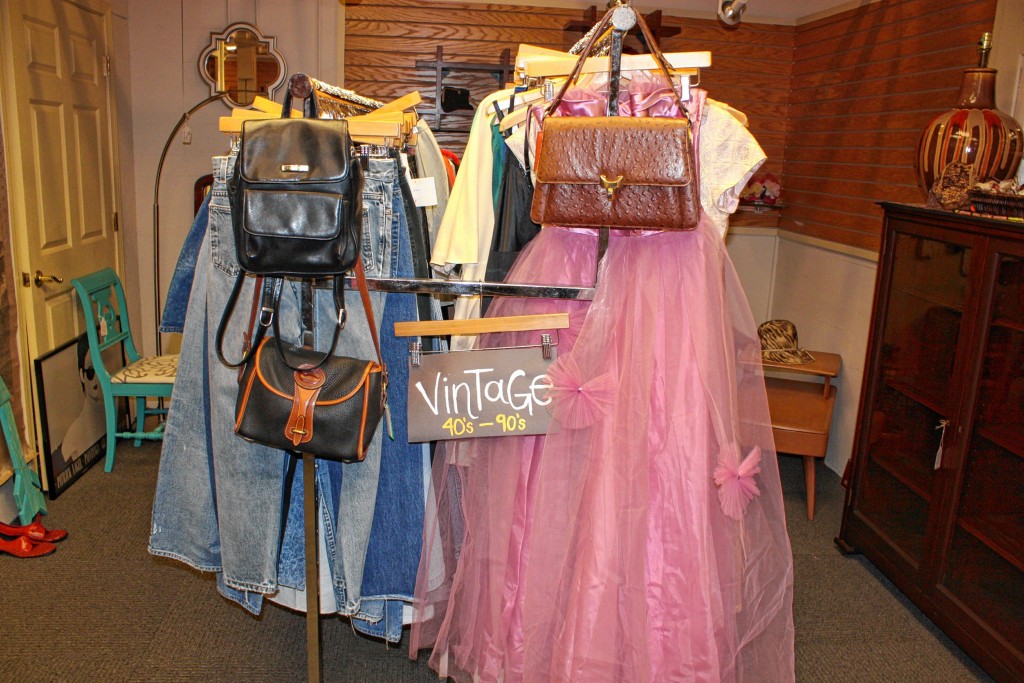 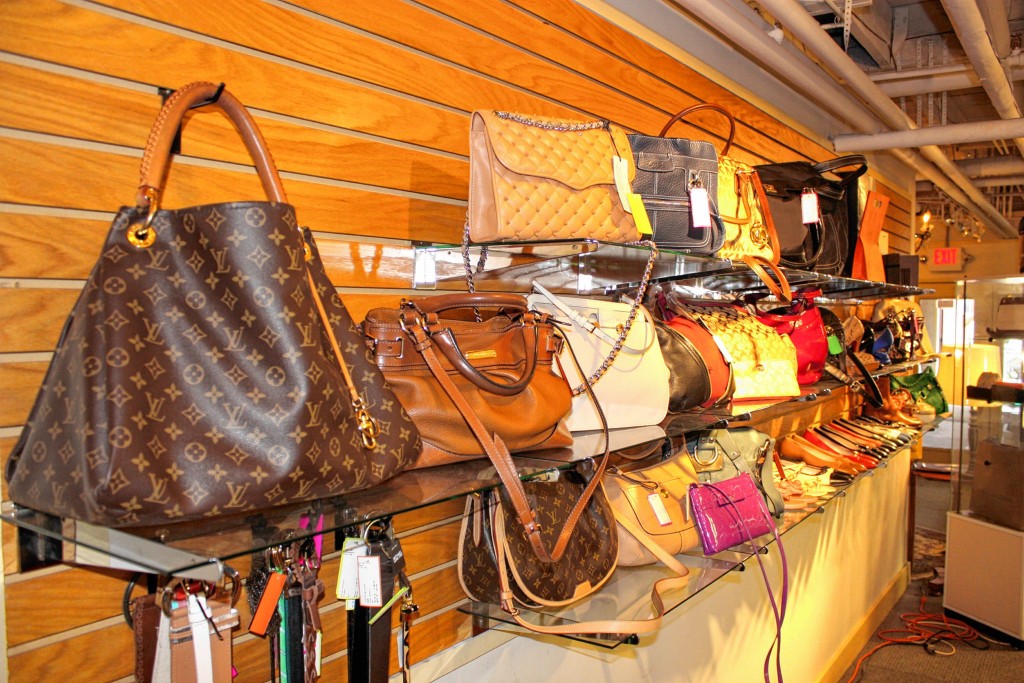 JON BODELL / Insider staff—When we walked in, we were told that we were in the presence of four Louis Vuitton handbags. Apparently this is a big deal? And these things are the real McCoy -- owner Elyssa Alfieri can spot a fake from a mile away.

Elyssa Alfieri, who you may remember as the store manager at Zoe & Co. Professional Bra Fitters for the past several years, has taken her fashion and retail expertise from Main Street to Storrs Street to run Lilise, which sells vintage and designer clothes on consignment.

She bought the store on June 1, and it was an opportunity she just didn’t want to miss.

“I’ve always wanted to do this,” Alfieri said. “I actually wrote a business plan for a business almost identical to this one in college – I went to school for retailing and fashion merchandising – and just always knew that, for me, I wanted a small business, a boutique, that was more of like a destination.”

Although Lilise had been in operation for about five years before Alfieri took over – selling basically the same kinds of things – she’s worked to make it her own since moving in. While the previous iteration of the store focused heavily on particular high-end brands, Alfieri is more interested in the actual products and their quality, not necessarily whose name is written on the tags – though you can still find plenty of big-name tags all throughout the store.

Alfieri also has a stronger focus on vintage stuff. Vintage is a term you hear thrown all over the place these days, but in the fashion world, there’s a hard definition for this term: must be at least 20 years old.

Near the register, there is a whole rack of vintage clothing, marked with a sign saying “Vintage: 40s to 90s.” Imagine that – you can get some World War II-era slacks and some acid wash mom jeans in the same store, and on the same rack, no less.

The store is also laid out differently from before, a move Alfieri said was designed to make it easier for customers to find everything with as much ease as possible. After all, she carries different stuff from the previous owner, and people may be a bit confused when they first walk in.

“I just wanted to see it with a little bit of a broader merchandise mix so that it can bring in a broader customer base,” Alfieri said. “When I came in, as far as any changes that went through, really that was the biggest thing – just reorganizing the store in a way that if I couldn’t get out there and say, ‘Hey, this is how the store is set up,’ that they could kind of find their way.”

Another aspect of this store that makes it tick is its emphasis on local everything. You have Concord folks walking into the Concord store, consigning their clothes and accessories which will then be bought by other Concord folks. It’s like the circle of life of vintage high fashion, and that’s hard to come across. It also fosters a real sense of community, Alfieri said.

“It really just keeps a lot of commerce going in this exact radius of Concord,” she said.

“I’ve met people who have said, ‘Oh, I saw someone on Main Street wearing my skirt,’ ” said Chris Alfieri, Elyssa’s husband who also works at the store. “It just creates a communal sense.”

This is, of course, more preferable to seeing someone walking down the street wearing your skirt when you never even consigned it. That would be odd.

This is where it should be mentioned that Lilise is a women’s store. That’s not to say men aren’t allowed, but us guys just won’t find much to wear in there – not that there would be anything wrong with that.

It’s also a consignment shop, but hold your horses before you go charging in with a box full of old stuff. Lilise does consignments by appointment only, and there are already bookings scheduled through November, Alfieri said.

It’s important to set up an appointment because it can be pretty overwhelming to have four or five people walk in with big boxes full of stuff hoping Alfieri can look through it all – she still has a store to run you know.