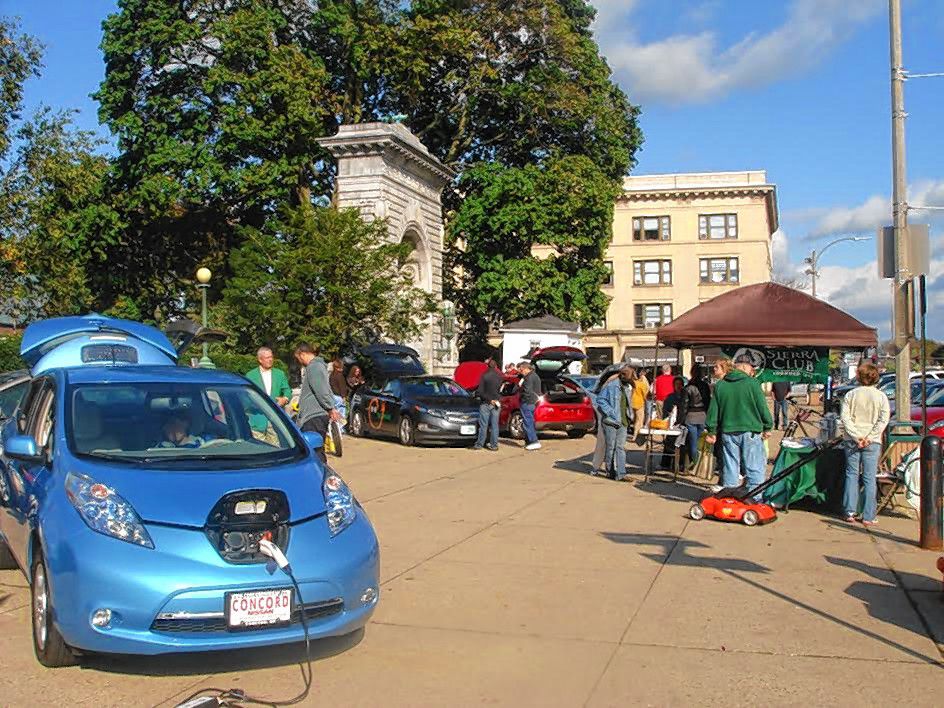 CourtesyIt's National Drive Electric Week and there's a celebration at City Plaza on Saturday, so you should probably make a plan to go down there – if you’re interested in electric vehicles, that is.

Have you ever wondered how an electric car works? What it would be like to eliminate some of your gasoline bill?

Well, head down to City Plaza in front of the State House on Saturday for one of three Granite State National Drive Electric Week celebrations.

The event, will take place during the Concord Farmers’ Market, from 8:30 a.m. to noon. Electric cars such as the Chevy Volt, Nissan Leaf, BMW i3, Tesla S and others will be on display, as well as charging stations, electric bicycles, an electric bus and more.

Information will be on hand regarding environmental benefits of electric vehicles, as well as information on charging stations and inverters. Learn more about electric achievements in New Hampshire and upcoming events. The event is free and open to the public. National Drive Electric Week runs from Sept. 10-18, and is held to heighten awareness of the availability of plug-in vehicles and highlight the benefits of all-electric and plug-in hybrid-electric cars, trucks, motorcycles and more.

Event organizers include ConVerdant Vehicles, Granite State Clean Cities Coalition, New Hampshire Automobile Dealers Association and New Hampshire Sierra Club. Plug In America and the Electric Auto Association have partnered to bring this annual nationwide observance to 217 events nationwide and abroad as a means to draw attention to the environmental, economic and other benefits of plug-in electric vehicles.