Shattered Comics isn’t your typical comic book shop. This one deals strictly in vintage comics – 1990s and earlier – and there are plenty to choose from. (JON BODELL / Insider staff) 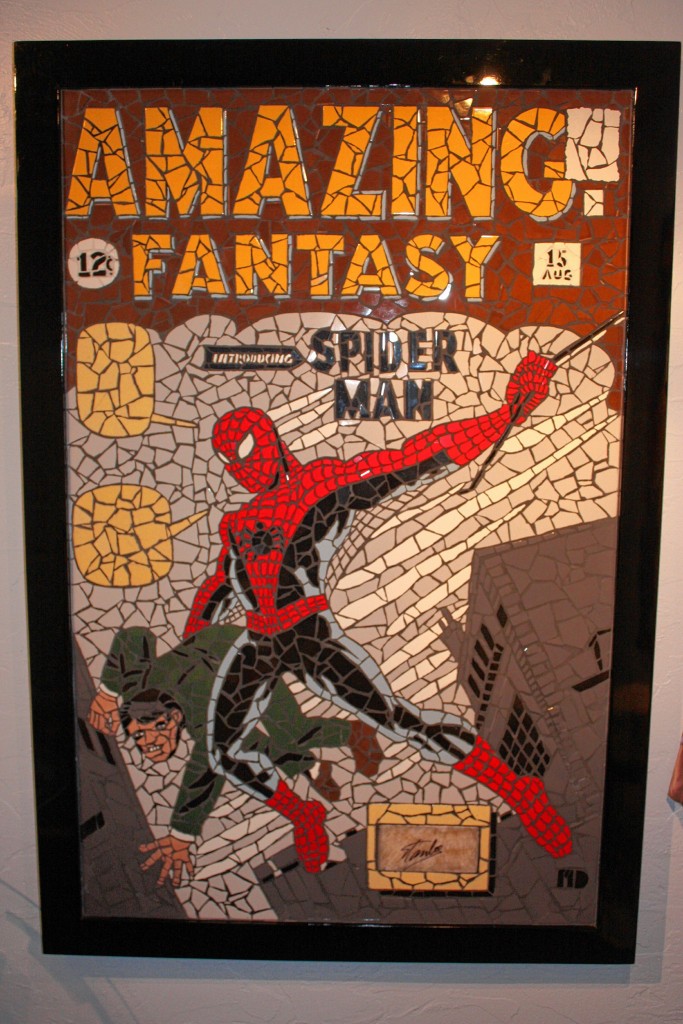 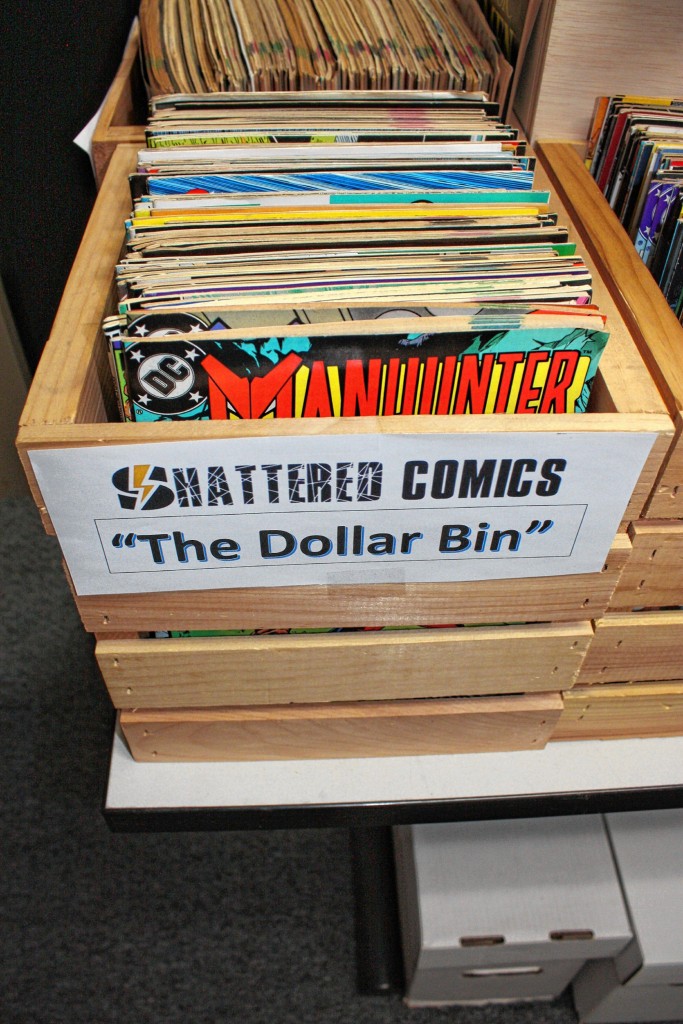 There are plenty of good deals to be had at Shattered Comics -- just check out one of the several 'Dollar Bins' in the store. (JON BODELL / Insider staff) 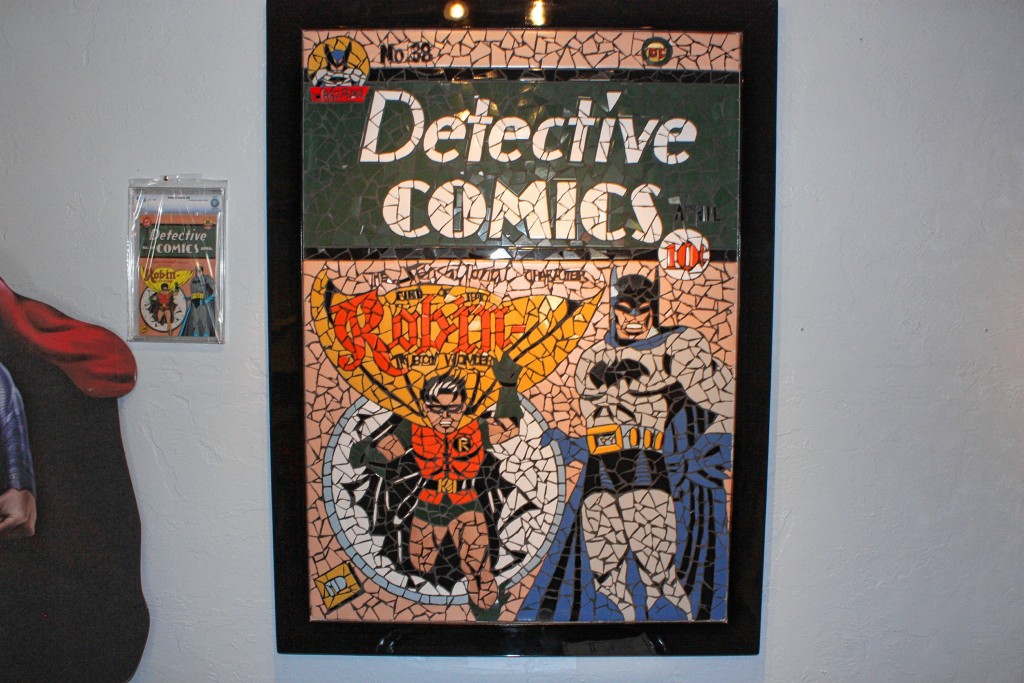 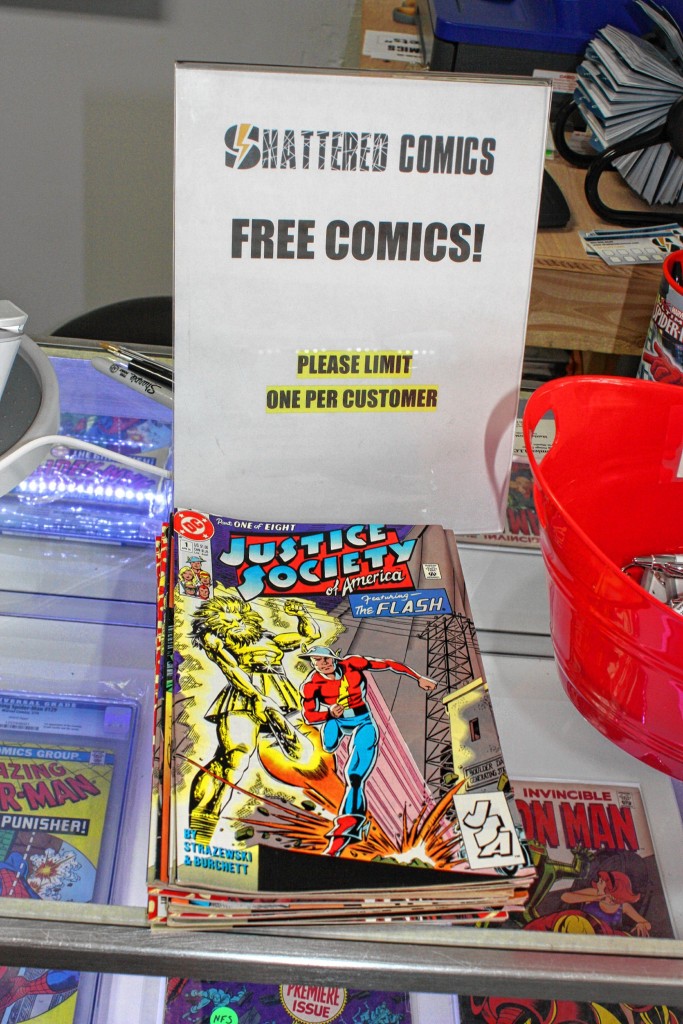 There's even a stack of free comics at Shattered Comics (limit one per customer). (JON BODELL / Insider staff)

Radiologist by day, artist and rare comic book dealer by night. No, it’s not a superhero, just Matthew DiMasi, owner of Shattered Comics, Concord’s newest comic shop – though if you’re into comics, you might consider this guy your own personal hero.

DiMasi opened up his shop on South Street (though some maps say it’s actually on Broadway) across the street from Tuckers about two weeks ago. The shop is different from most comic shops in that it specializes in vintage comics – ones from the 1990s or older.

DiMasi is an artist who had been creating these mosaics for the past three years or so. He’s also just a comic nut, so this business is right up his alley.

“I’ve been doing it as a hobby, but I’ve been able to do some for artists, the covers they drew,” DiMasi said.

His website, shatteredcomics.com, was set up to show off his mosaic work, and people in the comic world got wind of it. The next thing you know, the actual artists who created various comic books covers started contacting DiMasi asking him to make mosaics of their work.

“I was just at the Boston Comic Con with the Batman artist who has done Batman the past five years,” he said.

“And I did a Swamp Thing mosaic, and (the artist) loved it and wants to commission me to do the exact same thing for him and his wife.”

If you’re not impressed yet, get a load of this: one of DiMasi’s mosaics, an Amazing Fantasy cover featuring Spider Man, has a tile signed by comics legend Stan Lee. Lee is basically the grand poobah of all things comics, so this is kind of a big deal.

Each mosaic takes more than 100 hours to complete, DiMasi said. He orders the tile from three or four different companies, sketches out the design, shatters the tiles and glues them into place one by one using materials similar to what you’d use to install a bathroom floor or kitchen backsplash.

As far as being able to obtain one, that’s still something kind of being worked out. DiMasi isn’t exactly selling all of his mosaics right now, but he would like to start doing that soon.

“I think what I’m going to do is, some of my earlier work I’m more willing to part with,” he said. “I’d like to do some smaller pieces that don’t take as much time.”

The challenge, DiMasi said, is that he’s the only guy working on these things, and he already has a full-time job in a field not at all related to mosaic making and comic book buying and selling.

But in the meantime, you can poke around the store and browse through thousands of vintage and rare comics. You can also check out some of the mosaics on display in the store – DiMasi has plenty more at home, too, but we won’t give out that address.

The shop also buys old comics, so get in touch with them at 856-8649 if you’re interested in that. Check them out on Facebook to stay up to date on sales and deals and general news.