Cheers has really beefed up its patio area

Home » Featured » Cheers has really beefed up its patio area 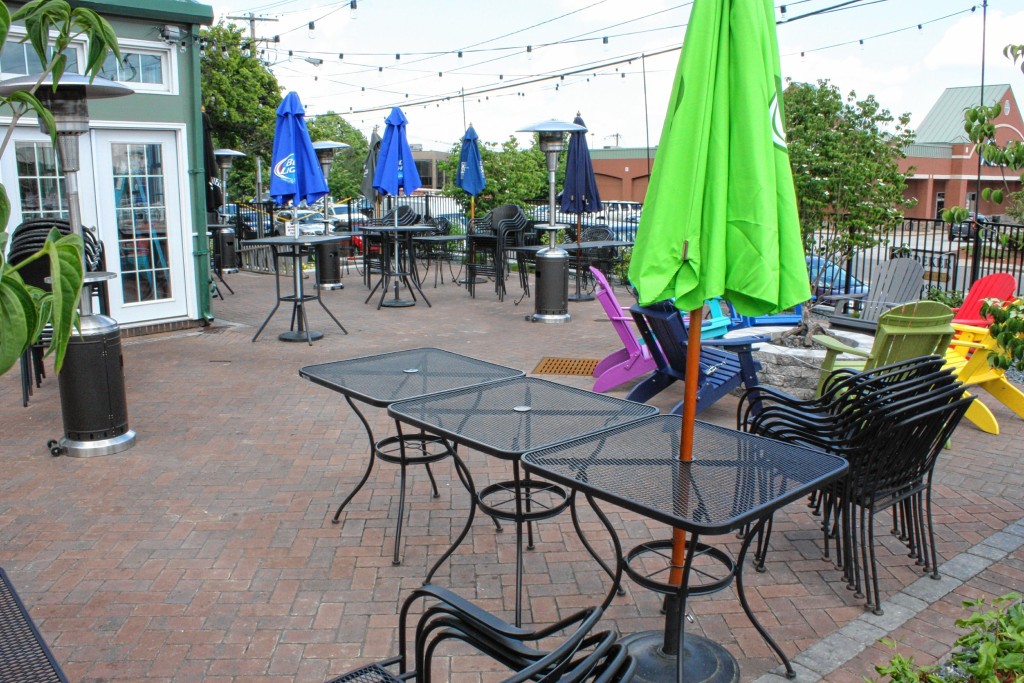 JON BODELL / Insider staffCheck out the sweet new expanded patio that opened outside of Cheers in late May.

Cheers has always been a pretty popular spot for outdoor dining in downtown Concord – it just won the top honors for Best Outdoor Dining in the 2016 Cappies.

But the folks over at Cheers weren’t content to ride that prestigious and highly coveted award all the way to the promised land. No, they felt they could still do better.

That’s why they totally made over their outdoor patio area into a hip, modern hangout with a classy vibe.

“We used to have to turn people away,” said owner Doug Milbury, referring to the old patio, which had a capacity of 38. “It was hard to set up parties of even six or eight. We had to put tables together.”

The goal was to seat more people, a lot more, and seat them comfortably, not right on top of each other.

And that goal was achieved. The new and improved patio seats 100 people – nearly triple the capacity of the old one.

It’s not just more tables and chairs, either. The patio used to be on a few different levels of elevation, requiring steps and dividing the tables up somewhat awkwardly at times. Now, everything is all on one plane with smooth brick under foot.

They have also added heat towers and a gas-powered fire pit to help you keep warm when the nights get chilly. There are even some Adirondack chairs set up around the fire pit, so you can have a drink and hang out by the fire for a little bit – you just can’t order food at the fire pit as though it were a table.

“With the heaters and the fire pit, we’re hoping to stretch the season a little more,” Milbury said.

There’s a new sound system, too, and there’s live music on the patio at least every Thursday and Sunday, and for special occasions.

And people have been showing up. Big time.

“It’s been pretty busy since we opened it,” Milbury said, referring to the late May debut of the new patio. It’s common for people to hang out by the fire while they wait to be seated, he said, which makes the time spent sitting around waiting a little less boring.

And even though the new spot can seat 100 people, there have still been times in which people have had to wait a little bit to be seated – a hot new outdoor eatery is bound to have a little wait when it’s still nice and new.

Luckily, Cheers just added a new feature in which they’ll text you when your table is ready.

For example, if you’re at home at 7 p.m. but you want to eat outside at Cheers at 8, call ahead and say that you’d like to get a table on the patio. Then head out – don’t worry if you only live five minutes away. Go for a stroll around Main Street and poke around at some shops. Cheers will send you a text as soon as your table is ready, so you don’t have to waste any time at all waiting.

With all the increased demand, Cheers also had to increase staff – 12 more people than usual were hired to help provide ample service at the patio, Milbury said.

The dining patio isn’t the only part of the Cheers exterior that got a makeover. The same can be said for the little gazebo area commonly used for smoking.

There’s no smoking allowed on the patio, but you can take it over to the new and improved gazebo area.

One thing you can bring on the dining patio is your dog. Yep, Cheers is a pet-friendly restaurant. Feel free to grab lunch under the sun with Fido picking up the scraps.