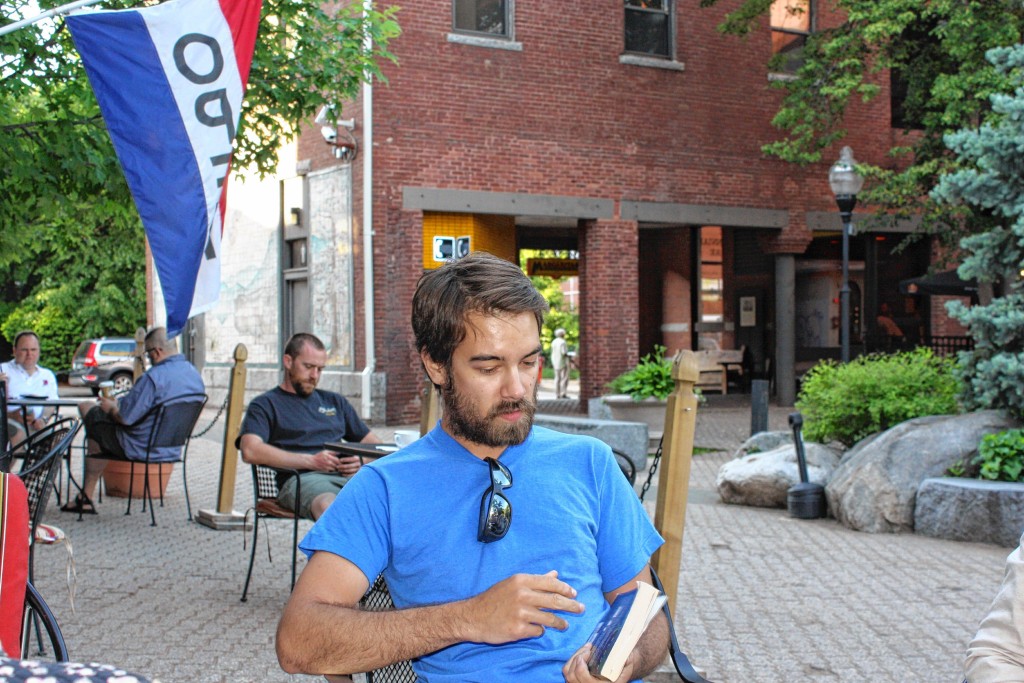 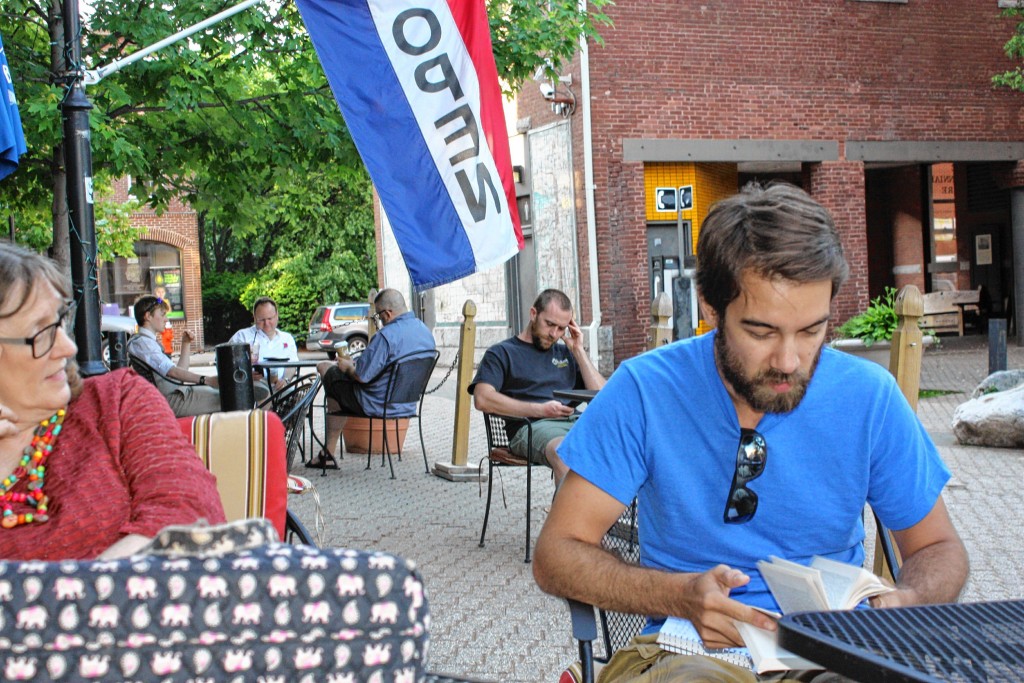 We heard about Books & Brew a little while ago – Concord Public Library started the program in September. It’s a very low-key, alternative kind of book club that meets at True Brew Barista.

The problem was, going to a book club would likely require reading some kind of book, which there isn’t exactly a ton of time for in the Insiders’ households these days.

But I happened to get a few books for Christmas, and slowly but surely I was able to plug away at one, In Cold Blood, by Truman Capote, until I’d made it about halfway through – enough to be able to talk about for a little while. So I decided it was time to try a Books & Brew session.

Books & Brew is different from most book clubs in that there’s no required reading. It’s not one of those clubs where everyone reads the same thing at the same pace and talks about it along the way. It’s more of a gathering of book fans who just want to share what they’re reading and have a few laughs over some brews, coffee and wine.

This particular meeting was outside in the patio area in front of the cafe, the first time the club had ever met outside. Perfect weather for it on this night.

“It’s an experiment,” said Juliana Gallo with the Concord Public Library. She was the library’s representative for the night – there’s usually one or two others, but Gallo was flying solo this time.

After some light chatter for about 10 minutes, there were a total of nine people seated and ready, and so we began to share.

There’s no set order or anything, Gallo just asked who wanted to go. I was too nervous to go first, being one of only two newbs there, so I sat back for a few rounds.

The basic structure is each person shares about one or two books they’re reading, and then people can ask questions or make comments. Then, somebody else can share.

It’s open to any book from any time period, any genre, any length. Want to talk about War and Peace? Go for it. Fifty Shades of Grey? Why not?

Last week’s participants had pretty varied interests: Hounded, the first in the Iron Druid Chronicles; Gone Girl, one of several books talked about that were made into movies; Small Wonder, a collection of essays; and Hint Fiction, a collection of stories 25 words or less, among others.

It was a courteous, lively discussion all night, and it really was a no-pressure feeling. You’re not expected to have read anything that everybody else has, so you don’t have to feel guilty if you didn’t catch up.

It was a great way to learn about a lot of books from the people actually reading them, not just promotion companies and big-time reviewers. Plus, it’s a good opportunity to just hang out and make friends.

After each session, you’ll get an email from the library of a list of everything that was talked about – and where to find them at the library. They almost always have every book. This list is also posted online and printouts are brought to the meetings.

The club meets on the first Wednesday of each month at True Brew Barista at 6 p.m. The next one is July 6, so go check it out.