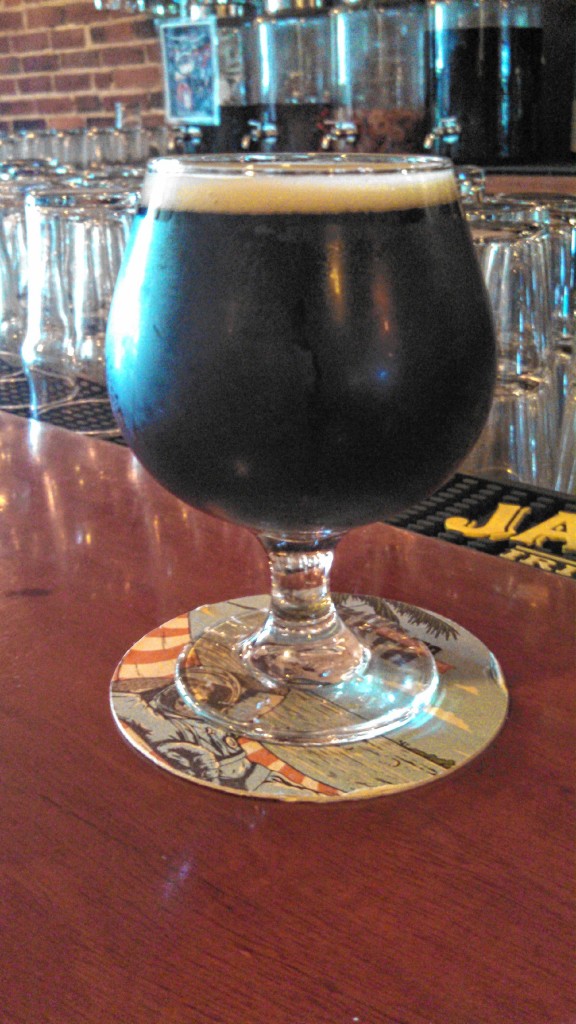 For this week’s Tasty Brew, we ventured back to the first place we went to start this delicious endeavor: The Barley House.

That’s because they had just recently had a kick-the-keg event featuring some rare, specialty beers from Founders, and we wanted to see what all the fuss was about.

We tried the Sumatra Mountain Brown, an imperial brown ale brewed with Sumatra coffee. This is a dark, rich, smooth, strong, flavorful beer that’s likely more geared toward the aficionado than the casual drinker.

It has a very noticeable coffee scent, but noticeable in a good way. In fact, if you put on a blindfold and smelled this beer, you’d swear you were sniffing a nice cup of black coffee. You’d get quite the surprise when you take a sip.

It’s definitely a coffe-flavored beer, but the flavoring isn’t a turn-off. It’s nicely balanced and blends really well with whatever else is in it. It has a general toasty taste that doesn’t linger too long after the sip.

One thing to be mindful of is its alcohol content – 9 percent by volume. That’s pretty potent, so just don’t get ahead of yourself with this one – the Barley House serves it in smaller glasses so you don’t fall off your stool after one. You’ll also want to stop at the bank before ordering one, as its north-of-$8 price tag will force you to drink responsibly.

You’ll want to get in there soon, as this beer won’t last forever. Once it’s gone, it’s gone, so don’t miss out!