Book of the Week: Landfalls 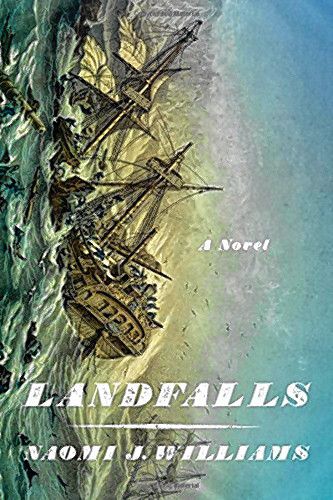 Naomi Williams’s debut novel puts an inventive spin on the Laperouse expedition, a sea-faring mission that left France in 1785 in search of new lands, and consequently vanished off the coast of Australia.

Landfalls captures the doomed expedition on its voyage around the world, with chapters based in Chile, Alaska, Siberia, California and more. Each chapter is also narrated by a different person – sometimes an officer aboard ship, other times a merchant, scientist or native inhabitant of the country. In this way, Williams brilliantly captures the expedition’s impact on everyone involved, and updates the maritime novel for the modern age. Extensively researched, Landfalls also presents a narrative thoroughly grounded in fact, and evocative of Enlightenment-era France on the cusp of revolution.

This is historical fiction at its best. A rollicking adventure on the high seas, tempered with heart, humanity, and a great respect for both the explorers and the lands they explored.