Traveling the world without leaving school 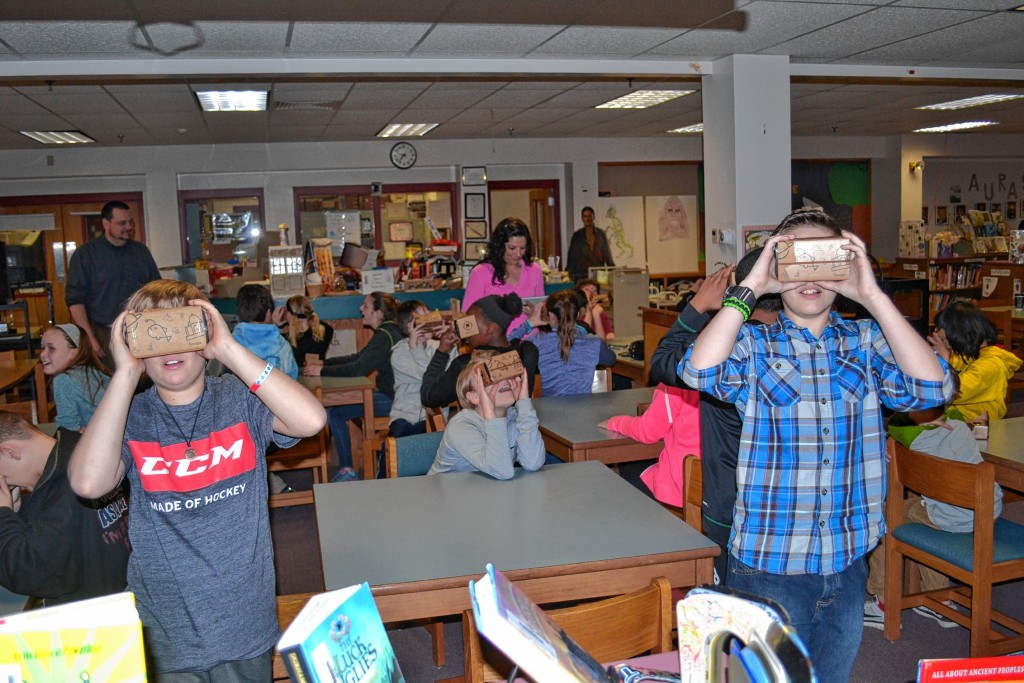 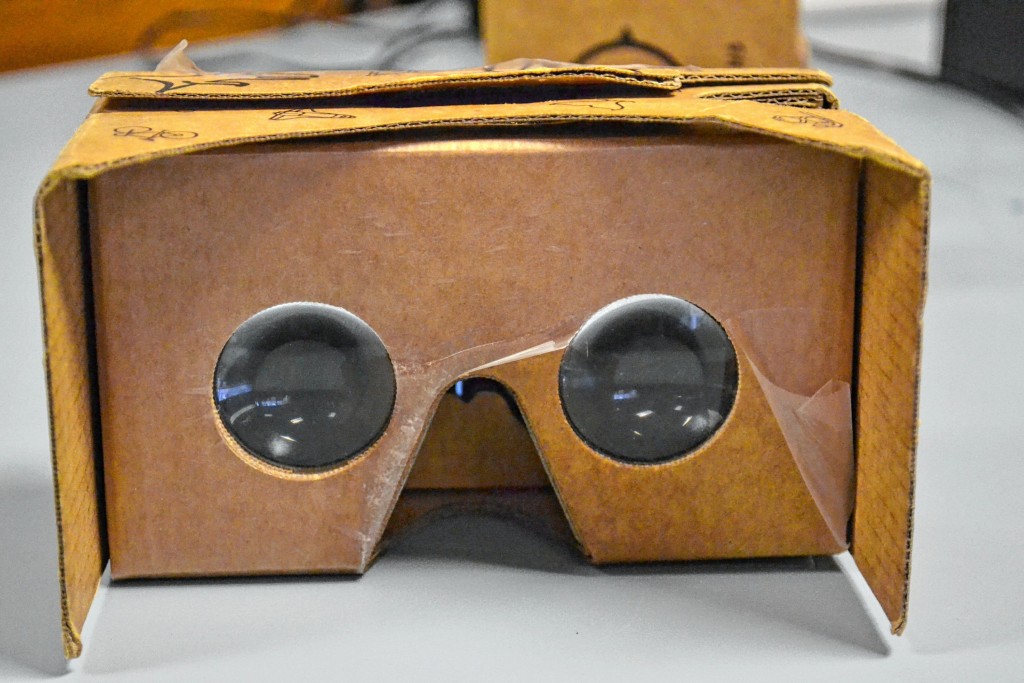 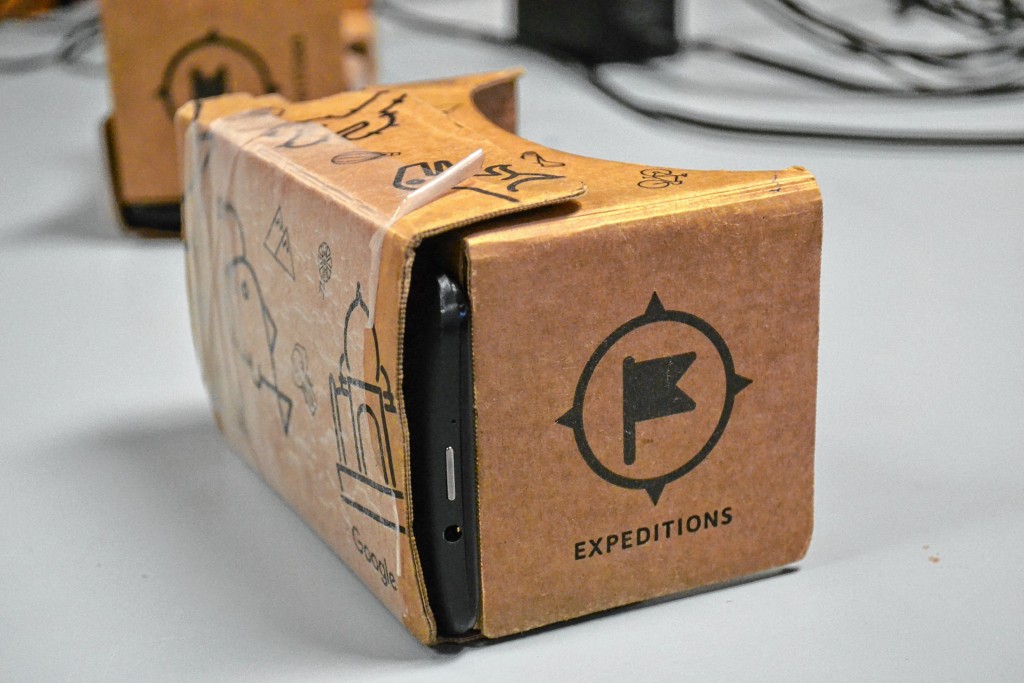 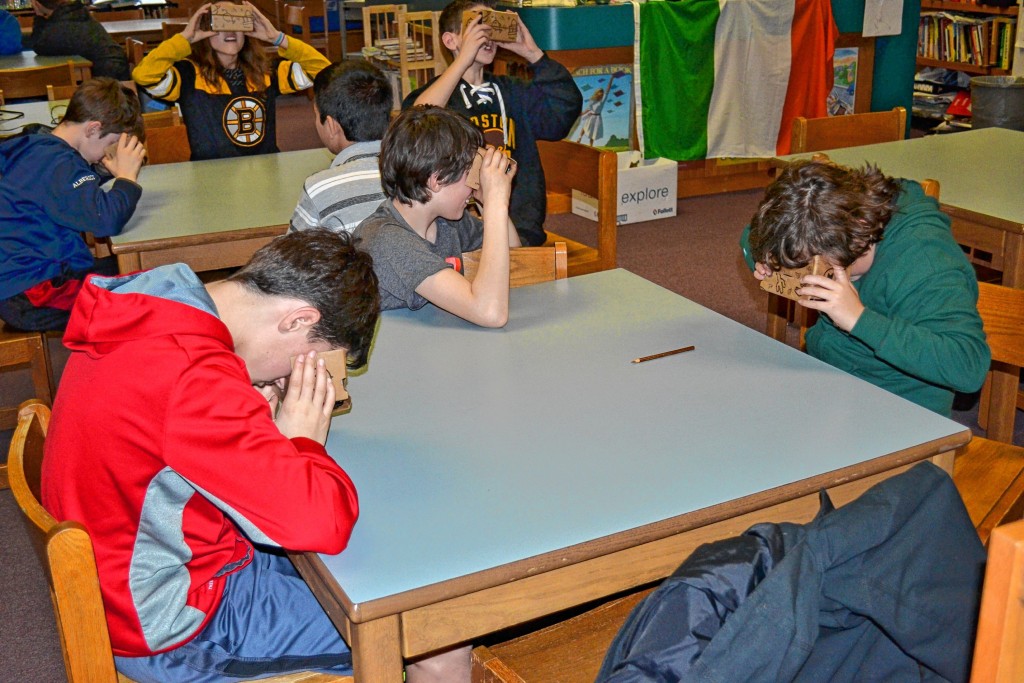 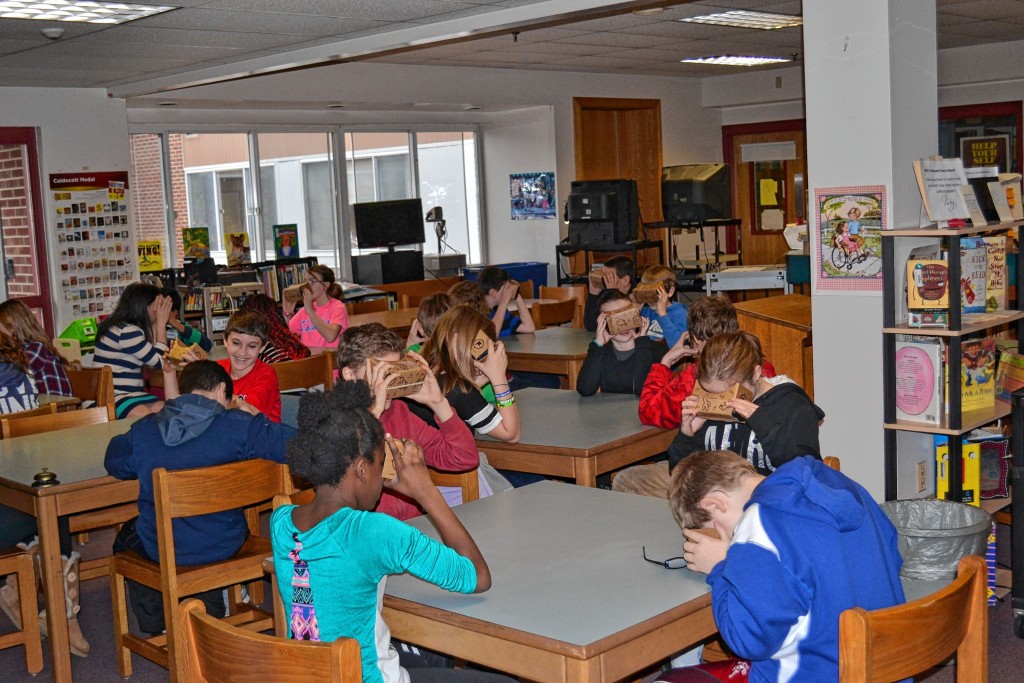 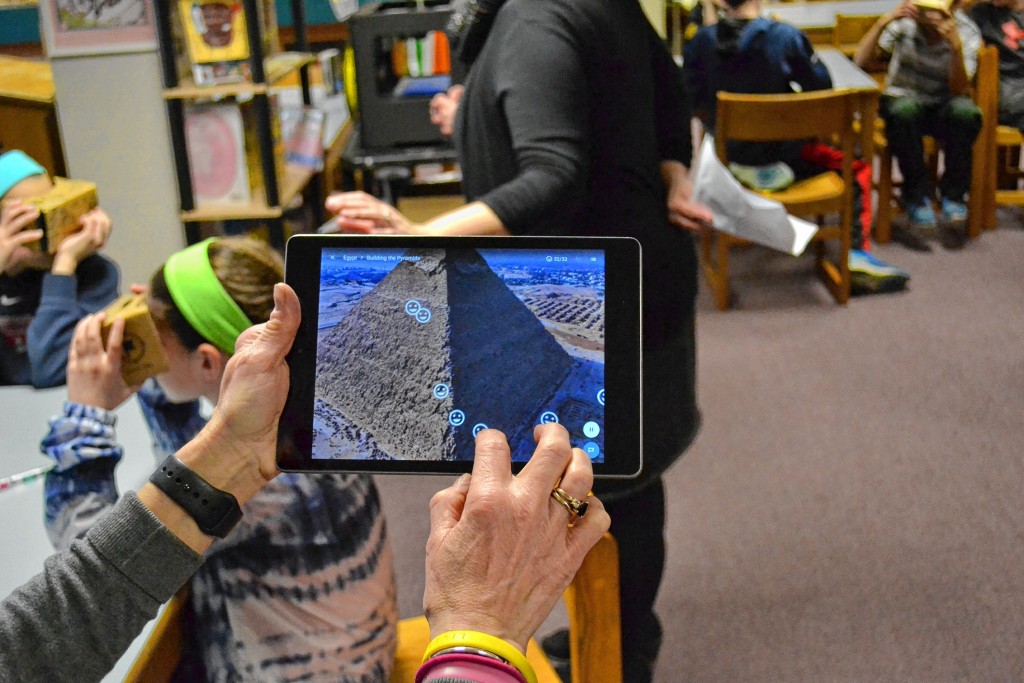 Visiting places like the Galapagos Islands, ancient Egypt or Greece is something most people would jump at the chance to do.

But battling other travelers in an airport (or several), going through customs and the long hours spent on a plane is not exactly something we’d put on list of things we are crazy about doing.

So what if we told you there’s a way to visit historical spots like the pyramids, the Great Sphinx of Giza or the Temple of Athena Nike without ever leaving the comfort of your couch? Or in the case of Rundlett Middle School students, the school’s library.

Thanks to Google’s Expeditions Pioneer Program, students got to see places they had learned about like Greece and Egypt, along with unique spots like the Galapagos Islands, Mount Rushmore and the Grand Canyon. They even got to experience the thrill of Mount Everest and Iceland.

And it didn’t cost a single penny. That’s because librarian Nancy Keane applied for Google to come to the school as part of the pilot program and after being accepted, Google sent a representative for two days last week to help the kids travel the globe.

“Google was offering it to a lot of areas around the world so I applied,” Keane said.

The students were given a Google cardboard viewer, which is basically a small rectangle made of cardboard that you pull up to your eyes. Inside the cardboard is an Android phone that’s connected through Wifi to a tablet controlled by the teacher.

Using the tablet, Rundlett instructors could navigate through a country like Egypt, making stops at various important places in history. Or they could travel to national parks all over the United States.

“It was really fun and cool because I got to see it in my own way,” said student Amy Cohen. “It was definitely a lot different and way cooler. You felt like you were there.”

Each stop has some teaching points, but it remains to be seen just how much info the students take in.

“It’s a unique way for them to see things they’re going to learn about,” said Melissa McCaffrey, a sixth grade language arts and social studies teacher. “My hope is for them to retain some of the info.”

If you looked into one of those cardboard viewers, you’d understand what we mean. Not only can you look at important landmarks from a bird’s-eye view, but if you look to your left or right, the program allows you to pan 360 degrees.

“We can’t take a field trip to ancient Greece, so this is the closest thing,” McCaffrey said.

You can also look down, although it does feel like you’re 50 feet up in the air so if you’re afraid of heights we don’t really recommend it. It’s not like anything else they’re going to see in the classroom.

“It just doesn’t do it justice when you show students these places in a book,” said Emily Bemis, a sixth grade language arts and social studies teacher.

What we do recommend is staying securely seated in your chair because it could be very easy to trip and fall looking through the viewfinder because, after all, you aren’t really half way around the world.

There’s about 180 expeditions in the school program and many others for those who decide to use the program on their free time. You can buy the Google cardboard for as little as $15 or one that’s jazzed up for a little more. Unfortunately, the phone is not included so if you don’t have a smart phone you’ve got to get one – along with downloading the app. We’ve heard the personal platform is still early on, but there’s still lots of cool stuff you can try.

It sure does seem like a great way to see areas of the world you’ve always wanted without traveling for an entire day. And a lot more affordable.

“I just love to see the enthusiasm of the kids,” Keane said.