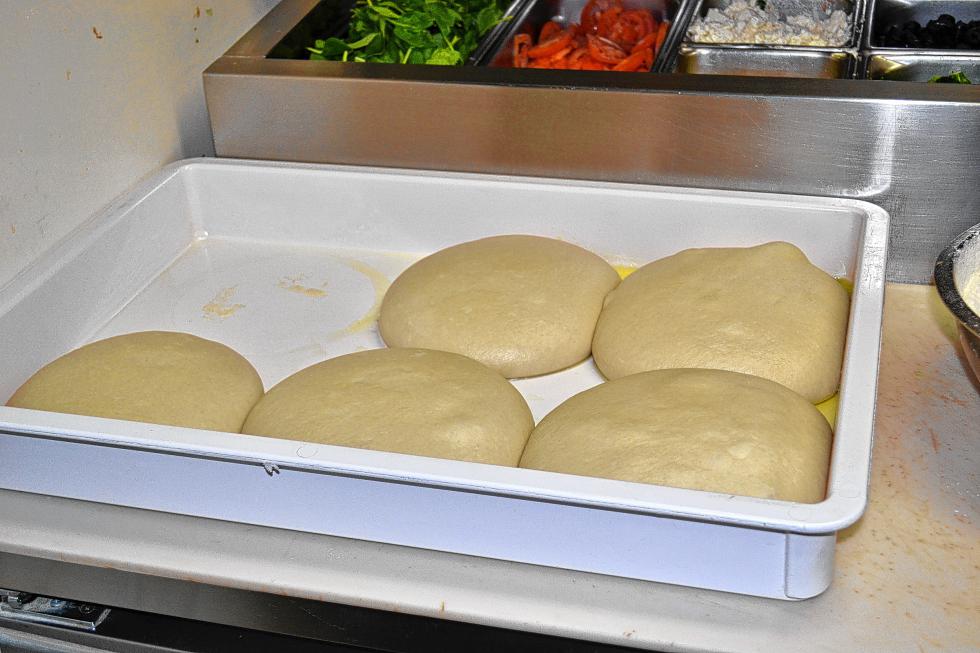 It starts with a ball of dough that’s made right there at Constantly Pizza. Dave Constant said this particular batch was perfect. It takes at least 10 hours for the yeast in the dough to fully expand, and about 24 hours is the perfect amount of time for it to set up. (TIM GOODWIN / Insider staff) 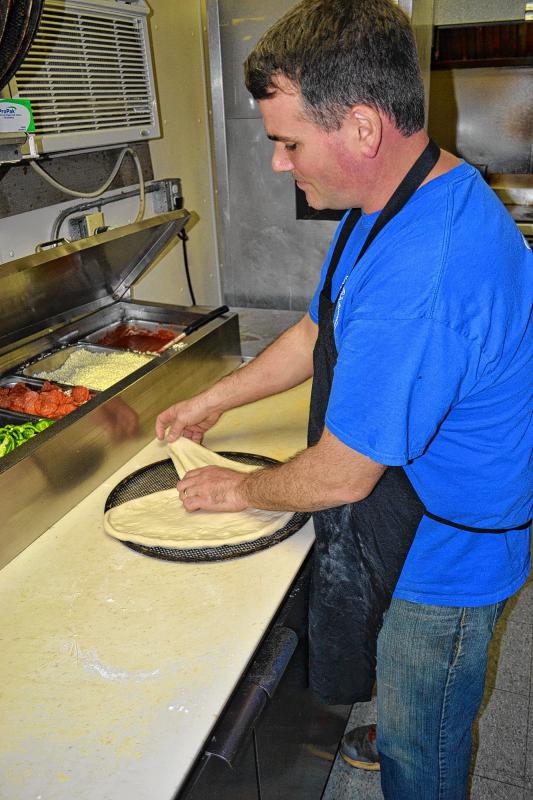 Dave Constant forms the dough into the shape of a heart. (TIM GOODWIN / Insider staff) 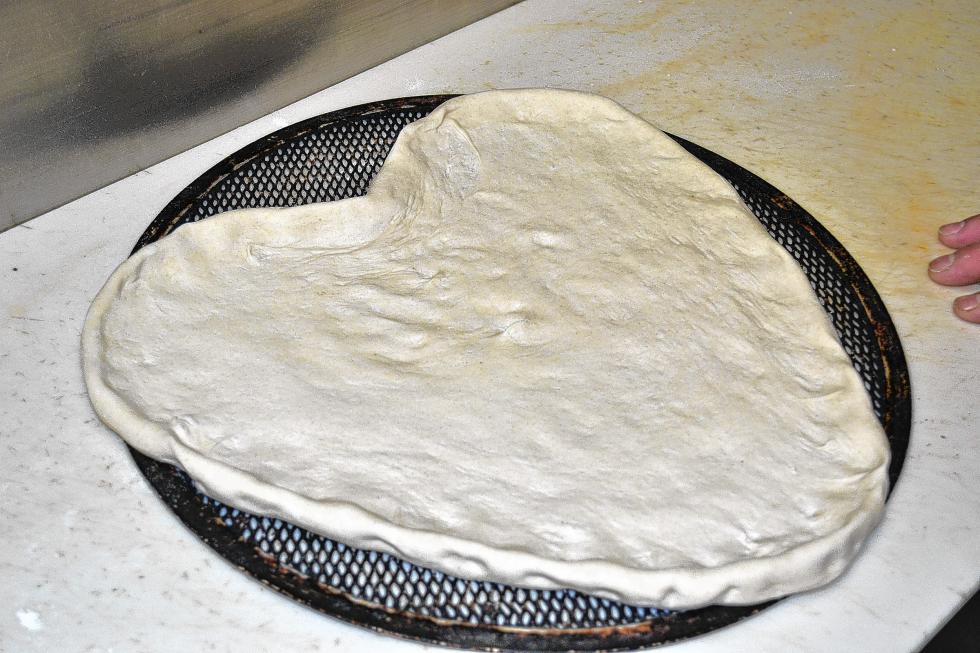 There it is, heart-shaped and ready for toppings. (TIM GOODWIN / Insider staff) 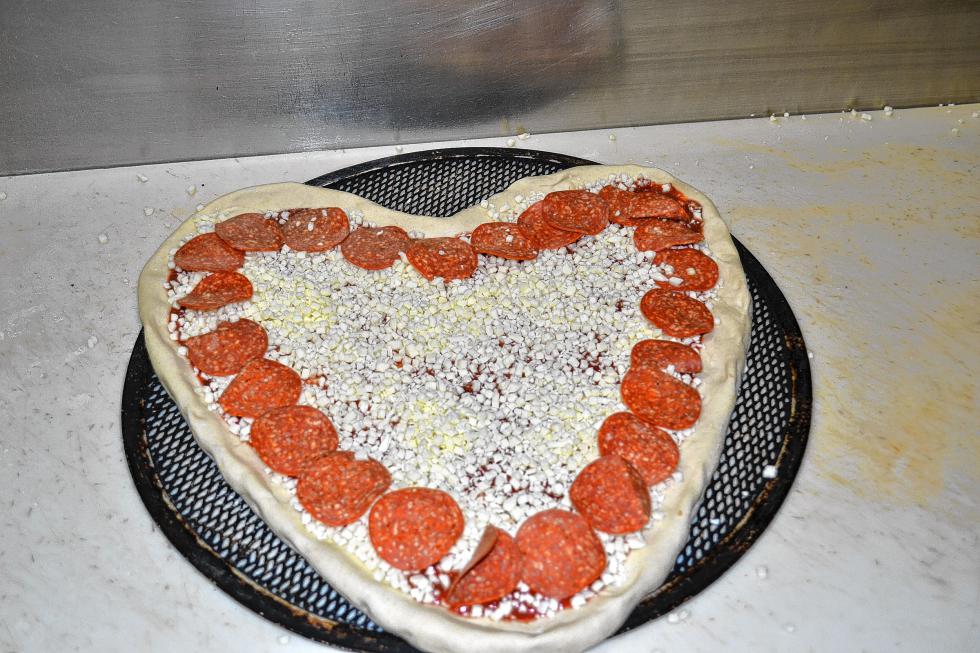 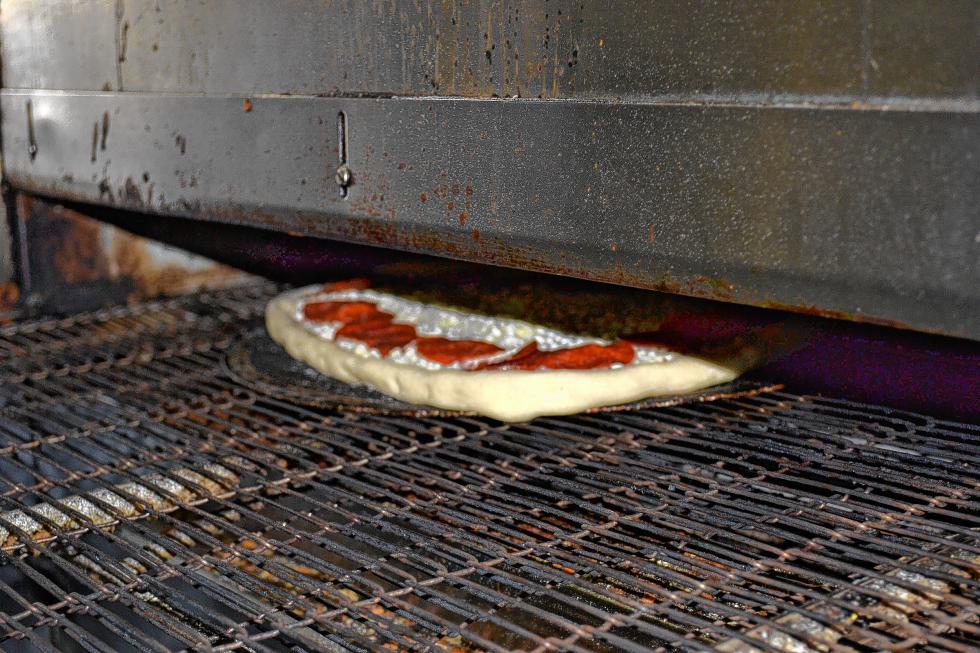 Into the oven it goes. It will stay in for about eight minutes at about 450 degrees. (TIM GOODWIN / Insider staff) 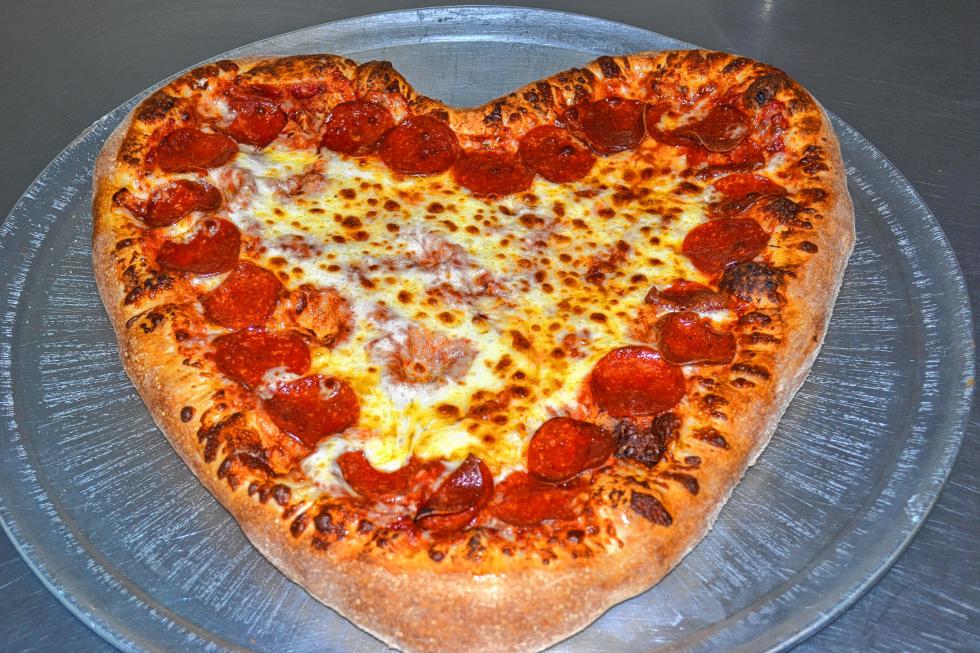 Look at that! It really is a culinary masterpiece. Despite all the moving around that goes on when you put dough, sauce, cheese and pepperoni into a machine that produces intense heat, the pizza holds its shape quite well. (TIM GOODWIN / Insider staff) 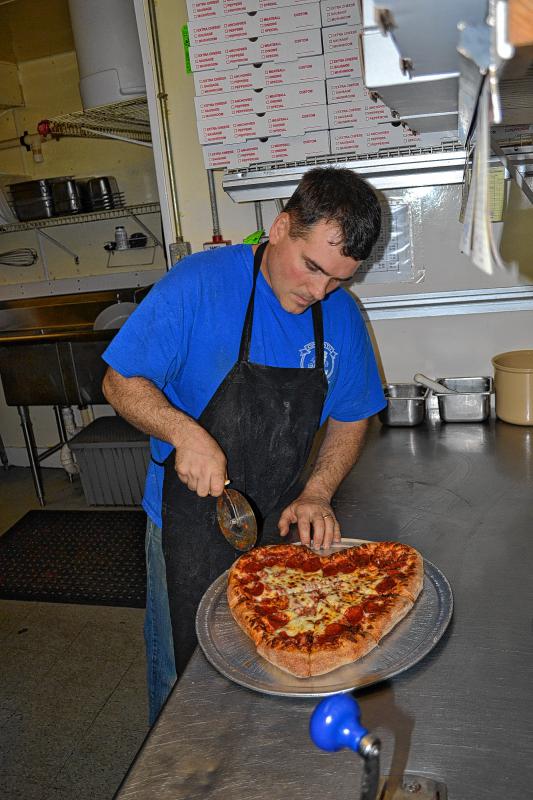 Finally, Dave Constant slices the pizza. Sometimes people will request that the pizza not be sliced, so as not to compromise the shape. Just let them know if you want it cut or not. It’s delicious either way! (TIM GOODWIN / Insider staff) 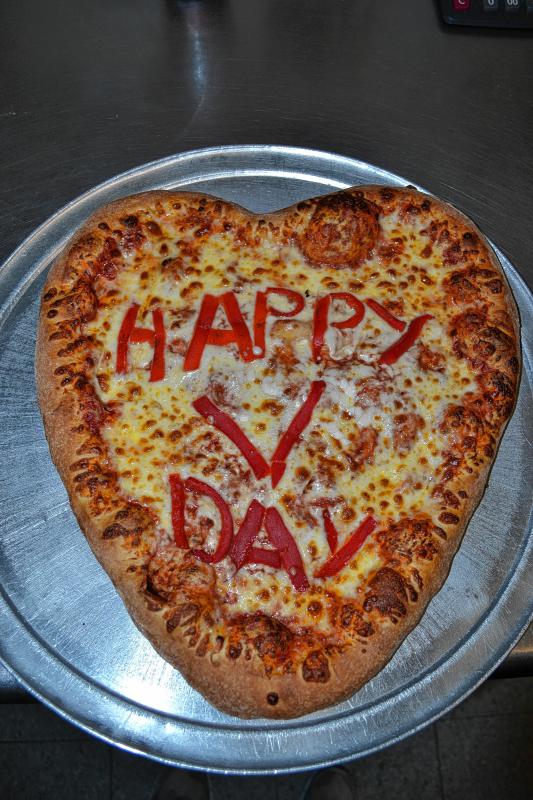 This bad boy was a special order, made just for us. The Constantly Pizza crew can spell out messages on your heart-shaped pizza, but it's a little tricky, so don't go too crazy with your requests. (TIM GOODWIN / Insider staff)

Constantly Pizza has been in the pizza-making business since 1990. It’s safe to say they know a thing or two about making a delicious pie.

You probably already know that though. What you might not know is that since the beginning, John and Dave Constant have been offering heart-shaped pizzas for Valentine’s Day.

“We never advertise it,” Dave Constant said. “We don’t even put it on the menu.”

Instead, it’s one of those things that you just kind of have to know about. It’s kind of like that great fishing spot or the secret free parking space downtown that only a select few know about (we’re not telling you where ours is).

If you’re not one of the lucky ones who has known about this for years, well, now you do.

The idea was simple: “Let’s make a heart-shaped pizza,” Dave thought way back in the day.

And so a tradition was born.

Every year, the pizza chefs at Constantly will custom-make a heart-shaped pizza for anyone who wants one – they usually do about 150. No special charge, no hassles. Just call in and ask for a heart-shaped pizza with whatever you want on it. It will cost the same as a large, circular pizza, and will be constructed from the same house-made dough all of the pizzas are made with.

Now, Valentine’s Day is a rare holiday in that it’s supposed to be special, yet most people don’t get the day off from work for it. This year, the big day is on a Sunday, so it’ll be a bit different.

One of the big “wow factor” things you can usually do on Valentine’s Day is have flowers or chocolates sent to your secret (or known) love at work. The whole office takes note and wishes their significant other were so showy with their affection.

Constantly has been providing that wow factor in pizza – and pastry – form for years. But since most people won’t be working this Valentine’s Day, Constantly has decided to offer these special pizzas for the whole week leading up to the holiday. That way you can still impress your special someone – and show up all their co-workers.

And although the heart-shaped pizza is the real show-stopper, there are also plenty of sweet treats you can have sent along with the entree.

“People will usually get a couple cannolis with the pizza,” John Constant said.

It’s the perfect gift, when you really think about it. First, you get an adorable and sufficiently filling hot meal, then you get to top it off with a nice, sweet pastry. Come to think of it, this Insider is working Sunday, if anybody’s feeling extra generous. . . .

And it’s not just the working-age folks who get to enjoy this treat. Constantly makes about 50 heart-shaped pizzas for the kids at Dunbarton Elementary School – where Dave’s kids are students – and they’re always a huge hit.

The bottom line is that it’s all for fun. And not just for the recipient – Dave, who works every day and makes most of the heart pies, loves doing it, and it shows. The proof is in the pizza.