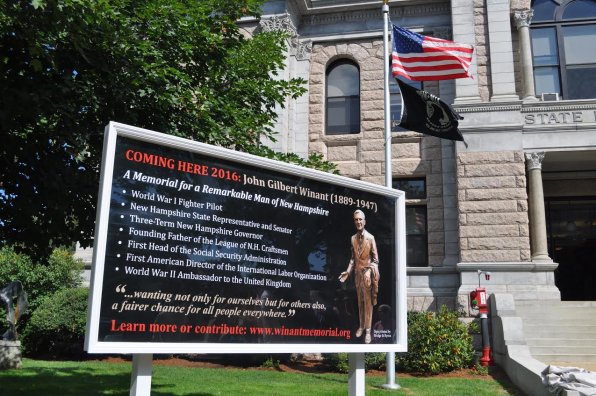 Well, if the state doesn’t work out, the sign sure does look nice and would make a great consolation prize. 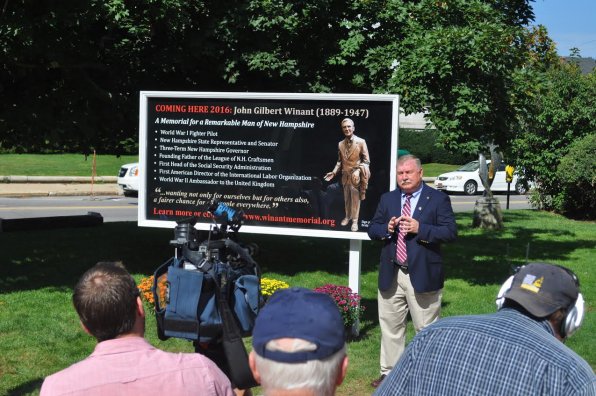 Rep. Steve Shurtleff, who proposed the legislation that began the Winant Memorial process, is the center of attention at the unveiling.

On Aug. 14, people who looked pretty important gathered in front of the N.H. State Library for the unveiling of a sign at the site of the future John Gilbert Winant Memorial, Winant was a decorated pilot during WWI, elected to the N.H. House and Senate, and served three terms as governor. He was the first head of the Social Security Administration – which is why New Hampshire-issued Social Security numbers begin with 000, 001 and 002 – and led the International Labor Organization in the years just prior to WWII. He was also FDR’s U.S. ambassador to England during the war years. For more information about Winant and the memorial, visit winantmemorial.org. (You may have noticed that Keith took these pictures and for a second probably got pretty excited, but no, he is not coming out of retirement – he just had one final photo shoot left to get in the paper.)