Summers at Parker Academy helps keep the focus on the students 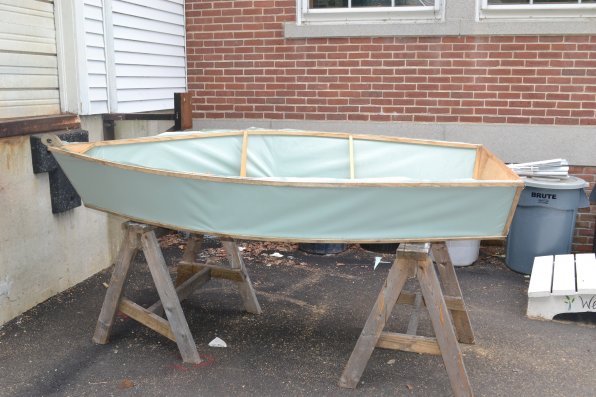 That’s a boat that some of the Parker students have been working on this summer. 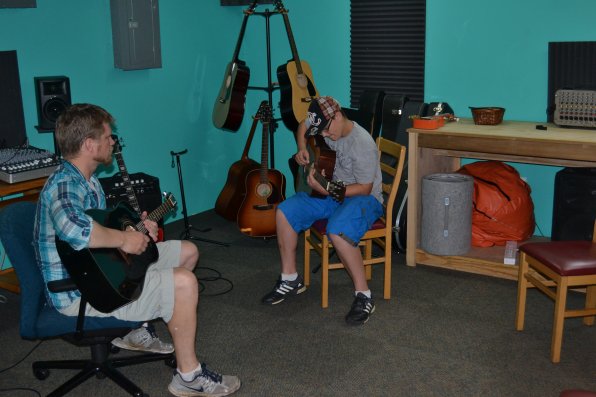 If you didn’t know, Parker Academy is a little different than your typical school.

This is the place where students who, for one reason or another, aren’t getting the most out of the public middle or high school in which they are supposed to attend, go to get an education. Sure Parker Academy follows a similar school calendar from September to June and has a somewhat normal school day schedule of 8:30 a.m. to 3 p.m., but the similarities with a traditional school are what you might call few and far between.

And when it comes to the summer months, the continuation of learning is something director and founder Dave Parker thinks gives his students a real advantage – especially the new ones.

“It’s all about building those relationships,” Parker said. “Some kids don’t need it, but for new kids transitioning in, they need it.”

About half of the 50 students enrolled in the school receive some sort of services during the summer, whether it be inpidualized tutoring at the Parker Education building on Pleasant Street or taking “classes” at Parker Academy, in the old Millville School on Fisk Street. And just as an aside, Parker himself went to Millville as a child way back when and has fond memories of taking off into the woods during recess and jumping out of classroom windows when the teacher left the room.

“The tutoring stuff is all over the map,” Parker said. “There’s probably more focus on inpiduals and credit recovery, but it’s still Parker.”

Now, we put classes in quotation marks because at least in the summer, not all the students are sitting in a room for X amount of time studying one subject.

Sure, some are taking courses for credit, like health and wellness and IT. They are either working toward next year or doing something Parker calls credit recovery, for those who may have missed an extended amount of school time before coming to Parker in an effort to catch up.

“At some point you want it to slow down, but we don’t want to shut down because the kids need us,” Parker said.

But since Parker Academy is so inpidualized to each student, many are just bouncing around learning a little bit of everything in a way that doesn’t really feel like school.

“In the summer, there’s a lot more flexibility,” Parker said.

There’s the shop, where students help with making boats, furniture and musical instruments, along with motor and engine work. The music lab is used for anything from rapping and mixing to picking up a couple new chords on the ol’ guitar. And there’s always the athletics component, which recently included a trip to Chuckster’s for a couple loops around the go cart track. Now that’s our kind of athletics.

For students who will be making the transition to Parker for next school year, the summer is an important part of that process. Since about half of the academy’s students are on the autism spectrum, and others have emotional issues and other learning disabilities, getting comfortable with the school, staff and other students can make the start to the school year much easier.

“For kids who have trust issues, it’s a great time to get to know them,” Parker said.

And what it really comes down to is that it keeps them in school mode, which we can all agree is never a bad thing.